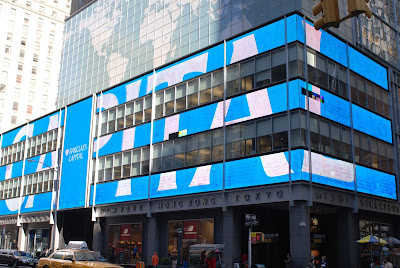 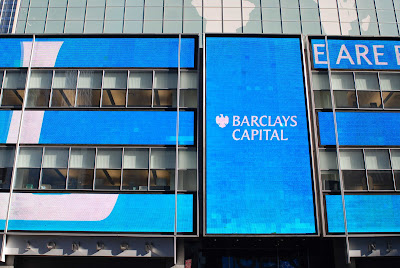 This is the former LEHMAN BROTHERS Headquarters in Times Square. It is now occupied by BARCLAY'S CAPITAL, a leading global investment bank. The structure was built by the Rockefeller Group and Morgan Stanley financial firm, and designed by KPF-Kohn Pedersen Fox Associates in 1999-2002. Standing at 38 stories, the building was originally named Morgan Stanley Dean Witter Plaza, but was then sold to Lehman Brothers in October 2001for $750 million.
Posted by Noel Y. C. at 7:10 PM