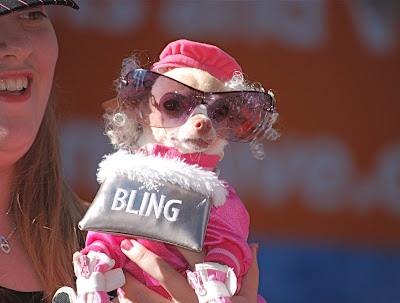 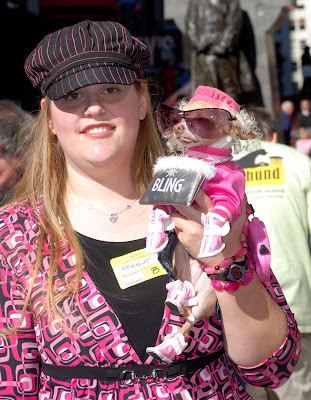 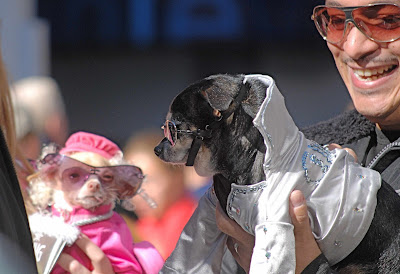 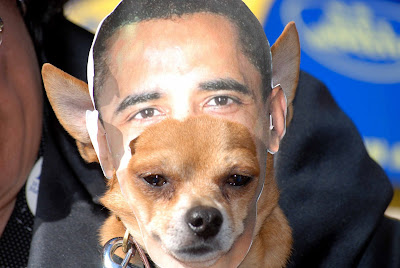 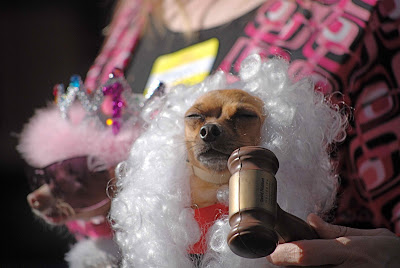 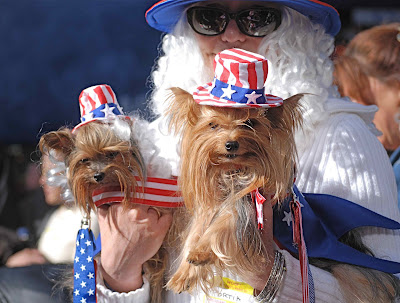 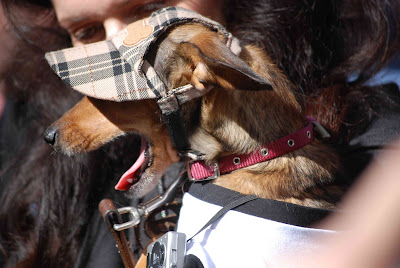 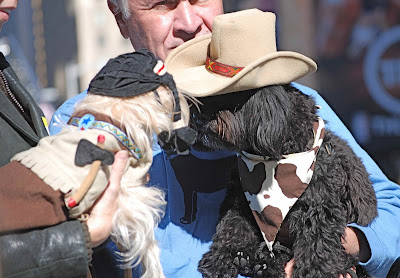 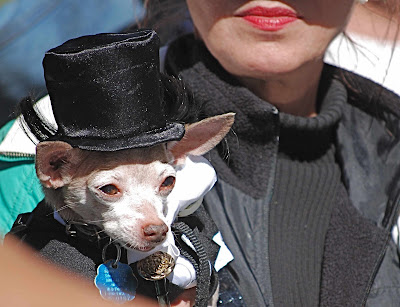 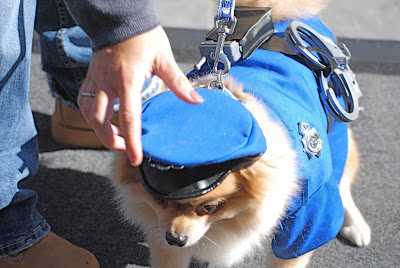 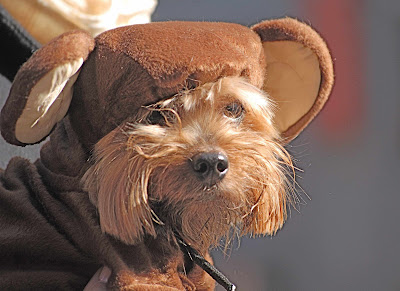 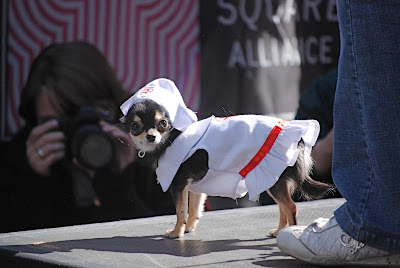 PEANUT, a Chihuahua dressed as ELLE WOODS from the Broadway show LEGALLY BLONDE, is this year's BEST OF SHOW winner of the 4th Annual DOG DAY MASQUERADE held at the new DUFFY SQUARE. I took photos of PEANUT with her proud owner, HEATHER SCHEFFOLD, as well as some of the other dogs. The MR CONGENIALITY award went to CHIBAMA, a Chihuahua that obviously loves Barack Obama.
From the official website:
It’s Halloween for hounds as the Times Square Alliance presents THE FOURTH ANNUAL TIMES SQUARE DOG DAY MASQUERADE, a canine costume contest that’s free and open to the public.
Felines beware - dogs of all breeds and sizes have invaded the catwalk! Pretty paws and gorgeous growls are one thing, but the top prizes will be awarded to the dogs whose costume best evokes Times Square’s past or present, including historical figures like the VJ Day Sailor and Nurse, current Times Square characters such as New Year’s Eve celebrants, Broadway icons like the Phantom of the Opera, or even shady street characters from Times Square’s seedy past, because, as they say, poochin’ ain’t easy. And since this is an election year, 2008 Election-themed costumes are also more than welcome! Last year’s event attracted no less than 100 canine competitors, and past contests have seen dogs decked out as everything from taxi cabs to the Times Square TKTS booth.
Judges include: Karen Biehl, owner of last year’s Best in Show 2007, Director of Animal Behavior to the Humane Society of New York William Berloni, celebrity dog trainer on Broadway and beyond for more than 30 years; and Dr. Jill Richardson, Resident Veterinarian for Zootoo.com - America's number one pet social networking site, and columnist for Fido Friendly Magazine. The show was hosted by comedian Wali Collins, whose television appearances include HBO, ABC’s “The View”, Comedy Central’s “Tough Crowd”, Commentary on VH1, “Late Show with David Letterman” and more.
Posted by Noel Y. C. at 5:55 PM