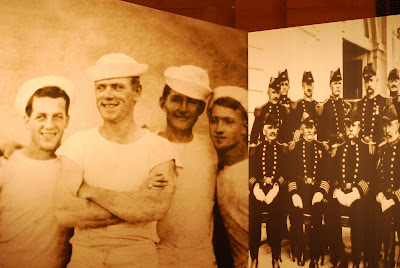 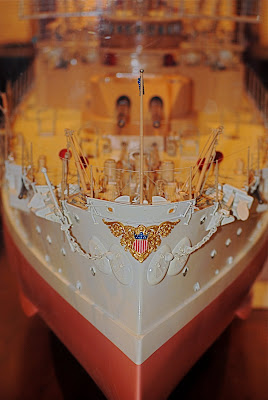 ship model
The U.S. Navy commemorates the 100th anniversary of the Great White Fleet in New York Oct. 7-17 at Grand Central Terminal's Vanderbilt Hall with the opening of an exhibit that runs through the Columbus celebration.   The exhibit includes eight-foot models of battleships, artifacts, memorabilia from Sailors aboard the ships and photo displays that tell the story of an American naval mission of ships of the Great White Fleet to Italy in 1908 following a devastating earthquake.
In 1907, President Theodore Roosevelt sent 16 battleships to circumnavigate the globe on a goodwill mission. When a devastating earthquake followed by a tidal wave hit Sicily and southern Italy in late 1908, the fleet’s mission changed dramatically. Ships from America’s Great White Fleet rushed to the Mediterranean to provide essential humanitarian aid and services to Italy, where an estimated 200,000 people had perished.
Posted by Noel Y. C. at 4:30 AM