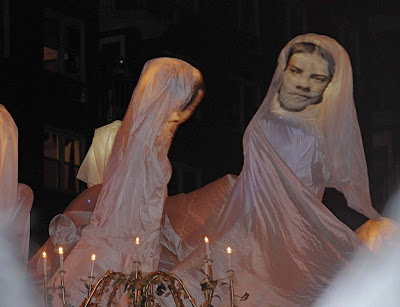 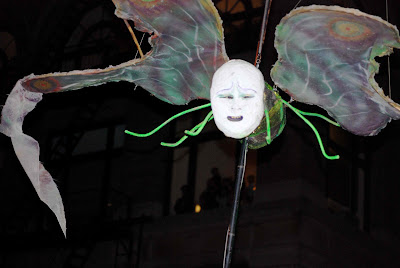 Youtube video from rpungin2 from last year's parade
These are some of the giant puppets seen in the annual Village Halloween Parade. Also joining the parade were bands of different types of music, dancers and artists, and thousands of other New Yorkers in costumes of their own creation in the nation’s most wildly creative public participatory event in New York. The most wildly applauded were people who danced to Michael Jackson's "Thriller." This is the 25th year anniversary of Michael Jackson's ground-breaking "Thriller" video. The parade route was on 6th Avenue from Spring Street to 21st Street.
Posted by Noel Y. C. at 9:14 PM