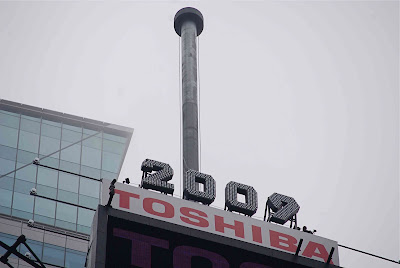 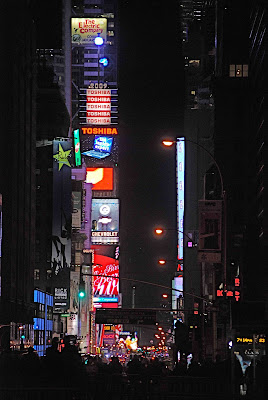 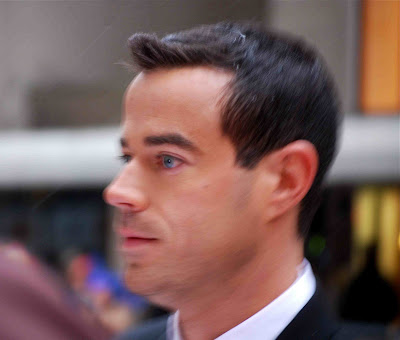 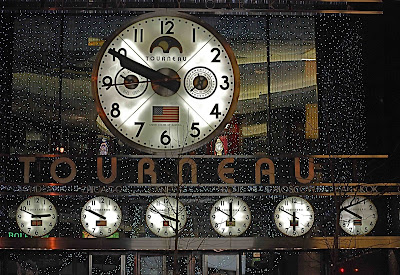 Immediately before midnight, a leap second will be added to atomic cloocks around the world by official timekeepers because of the Earth's erratic rotation. Photo of the clocks in front of the TOURNEAU store on 57th Street in Manhattan. 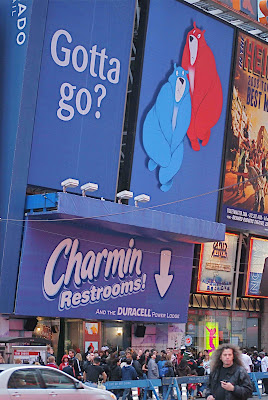 For the first time since its conception, the CHARMIN Restrooms will also be open on New Year's Eve from 12AM to 2AM, offering the crowd of millions in Times Square a safe and accessible bathroom haven after the 2009 ball drops.
Every year as the clock nears midnight on December 31st, the eyes of the world turn once more to the dazzling lights and bustling energy of Times Square. Anticipation runs high. New Year's Eve at the symbolic center of New York City has become more than just a celebration - it's a global tradition. The world holds its breath...and cheers as the clocks strike twelve. As the famous New Year's Eve Ball descends from the flagpole atop One Times Square, an estimated one million people in Times Square, millions nationwide and over a billion watching throughout the world are united in bidding a collective farewell to the departing year, and expressing our joy and hope for the year ahead.(from http://www.timessquarenyc.org/nye/nye.html)
Posted by Noel Y. C. at 6:59 PM