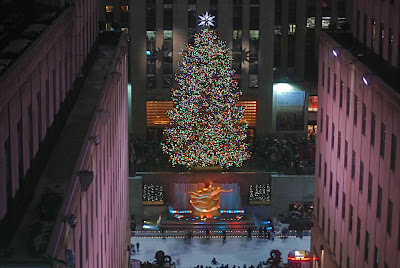 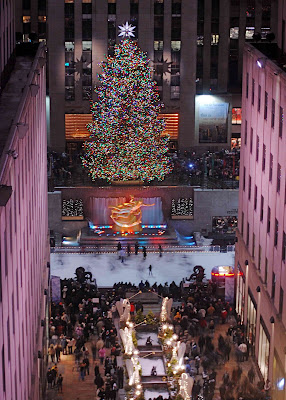 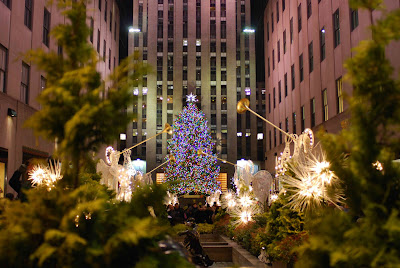 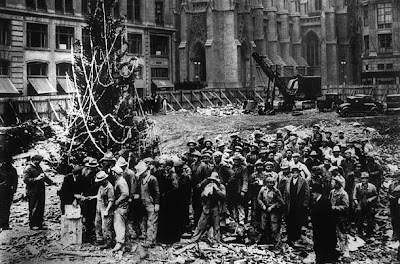 I made these photos of this year's Christmas Tree from the 7th Floor of Saks Fifth Avenue, and at the street level last week. Black and white image of the first Christmas Tree at Rockefeller Center from time.com.
The Rockefeller Center Christmas Tree's Roots -
Today it's a multimillion-dollar extravaganza that attracts thousands of tourists every year, but the Rockefeller Center Christmas Tree hasn't always been so glamorous. On Christmas Eve 1931, with the nation mired in the Great Depression, a group of construction workers erected a 20-foot tree on the muddy site of what would become one of the city's greatest architectural and commercial monuments. Despite their grim faces, the men had cause to celebrate. Unlike most of their colleagues, they were about to get paid. (Notice the wooden crate at the foot of the tree and the clerk behind it dispensing checks). Two years later, a Rockefeller Center publicist organized the first official tree-lighting ceremony. (from the time.com)
Posted by Noel Y. C. at 4:34 AM