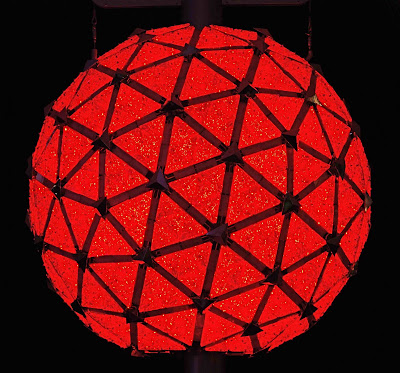 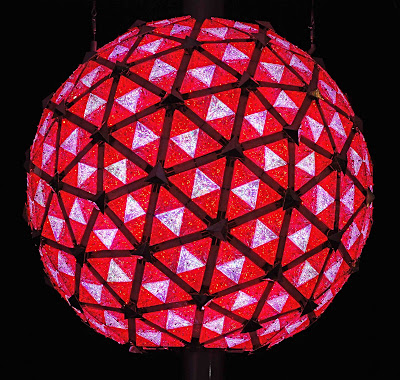 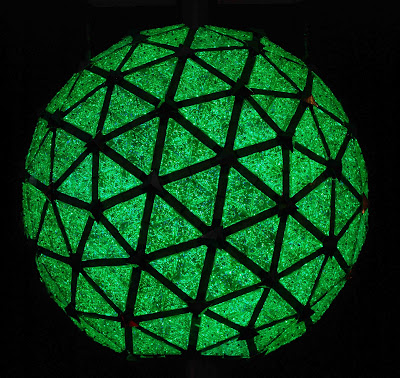 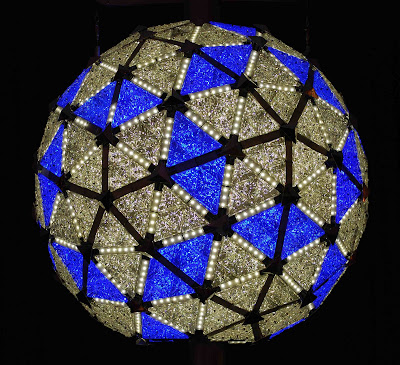 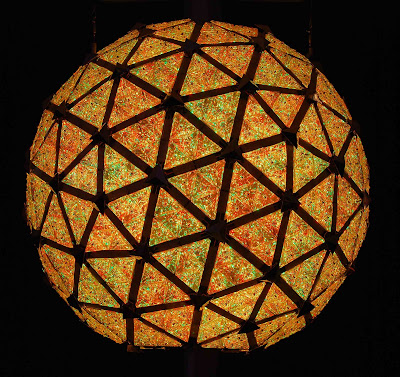 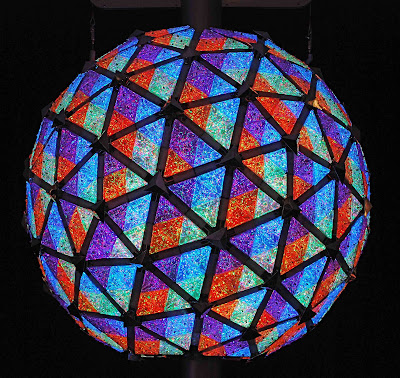 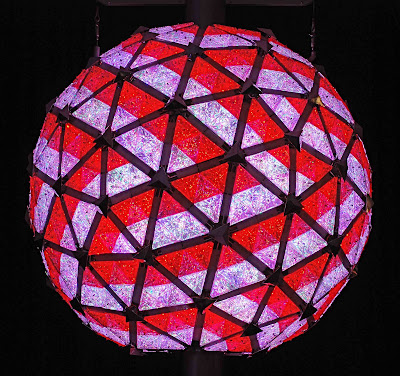 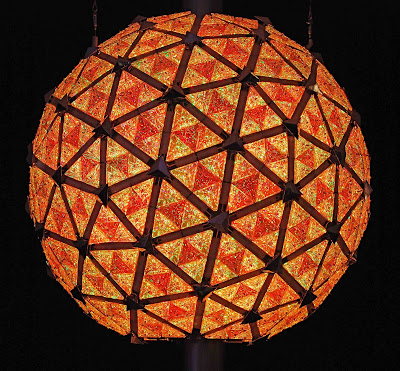 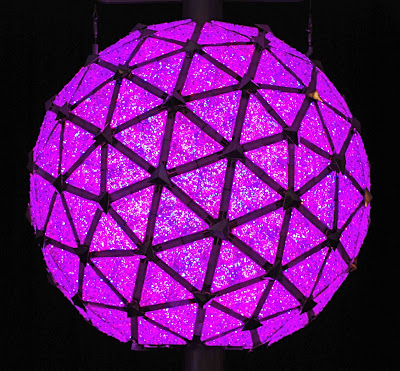 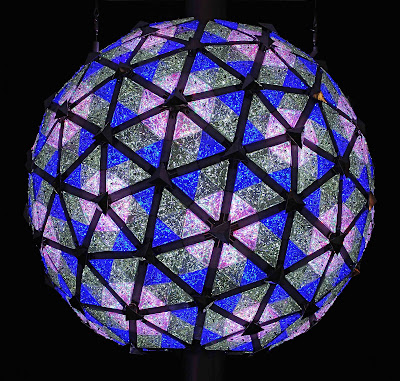 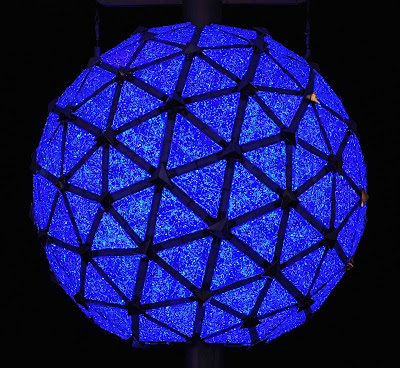 Currently on display at the Times Square Information Center until February is the 2008 Times Square Centennial New Year’s Eve Ball. The Information Center is located in the beautifully-restored landmark Embassy Movie Theatre on 7th Avenue, between 46th and 47th Streets. It is open every day from 8am to 8pm.I made these images of last year's ball as it constantly transformed into a kaleidoscope of colors. Shown above are some of my favorite hues. Philips Lighting, which created the light-emitting diodes, or LED bulbs, specifically for the event, says they are smaller but more than twice as bright as last year's lights, which were a mix of more than 600 incandescent and halogen bulbs. Waterford Crystal had crafted a beautiful new design for the crystal triangles on the Ball. The lights can create more than 16 million colors for a kaleidoscope of hues against the 672 Waterford Crystal triangles.
The ball was first dropped for the New Year's Eve celebration in 1907. Made of iron and wood, it weighed 700 pounds and was lit with 100 25-watt incandescent bulbs. Over the century, five other versions of the ball were designed to ring in the New Year. In 1999, the ball was made from crystal to welcome the new millennium. The 2008 motif is "Let There Be Light" and features a stylized, radiating sunburst on each of the crystal triangles.
Posted by Noel Y. C. at 7:33 PM