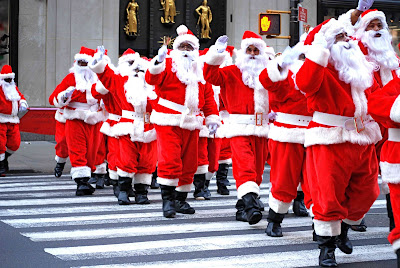 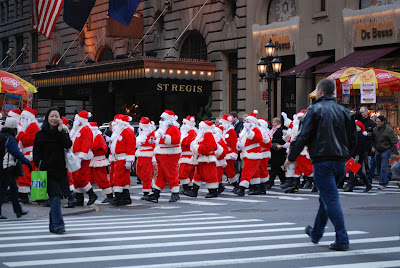 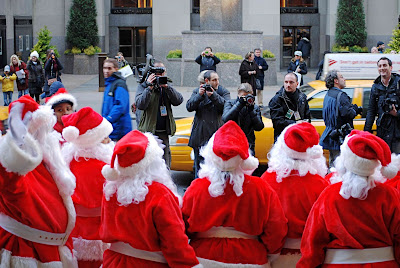 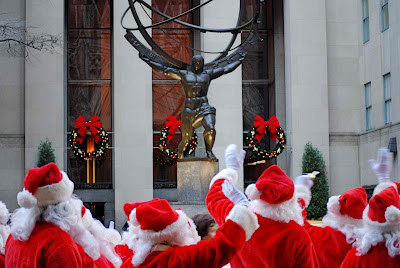 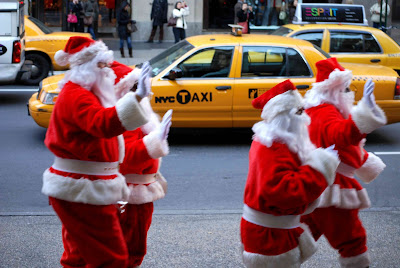 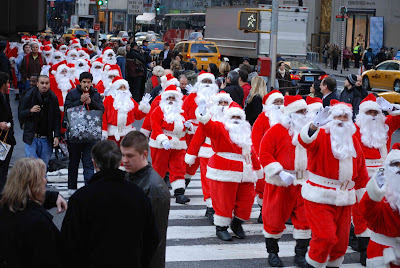 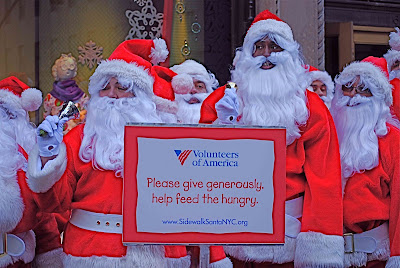 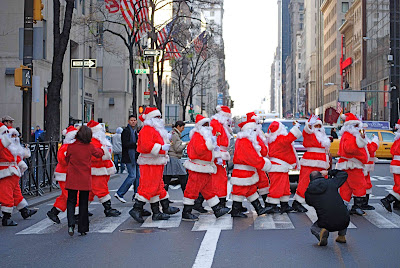 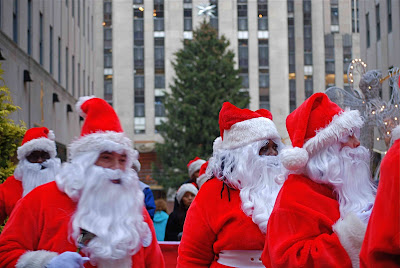 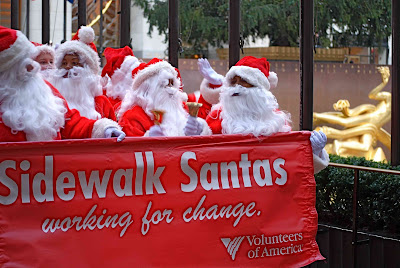 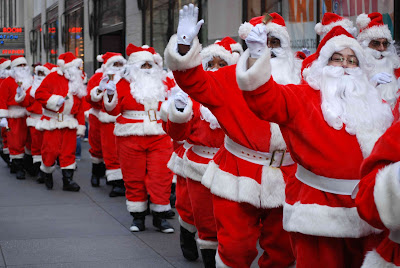 On November 28, I got carried away taking photos of the Sidewalk Santas as they took to the streets of Manhattan to raise money for Volunteers of America while bringing the holiday cheer to New Yorkers and tourists.
From the official website of Volunteers of America:
Sidewalk Santa is first introduced in Los Angeles during the balmy winter of 1900. According to historical records, the five original Sidewalk Santas are hauled off to jail and booked for creating a nuisance. A public outcry ensues and the Santas are released. They go on to raise some $800 for Christmas dinners for the poor, far exceeding their goal of $500.
In short order, Sidewalk Santa begins to appear across the country, arriving in New York City in 1902. The tradition of Sidewalk Santa carries on as it has for 108 years…with the hope of helping more homeless and homebound New Yorkers than ever before. Be on the lookout for the chimneys of our signature bell-ringing Santas throughout this holiday season!
Volunteers of America:  Serving People and Communities for Over 100 Years  Founded in New York City in 1896, Volunteers of America is one of the nation's oldest and largest faith-based human service organizations, with a presence in more than 200 cities nationwide, serving more than 1,800,000 people each year. Volunteers of America-Greater New York is the largest affiliate of the national organization, with close to 70 programs in the Greater New York area including the Mid-Hudson Valley region, Northern New Jersey and Southwestern Connecticut. Volunteers of America is one of the largest private providers of services to the homeless in the area.
We are an efficiently run organization, with an operating budget of approximately $90 million, and more than 90 cents of every dollar going directly to client care. Volunteers of America is at the forefront of social service - helping adults and children with special needs reach their full potential, and helping troubled individuals leave homelessness, addiction, untreated mental illness and intergenerational poverty behind for good. Our award-winning programs, skilled and dedicated staff, and caring volunteers bring relief to tens of thousands of people each year in desperate need of help.
Posted by Noel Y. C. at 3:35 AM