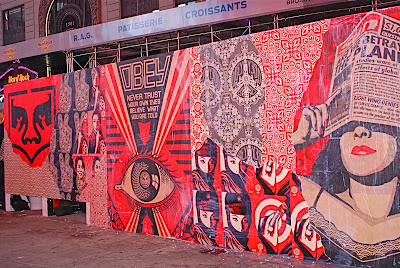 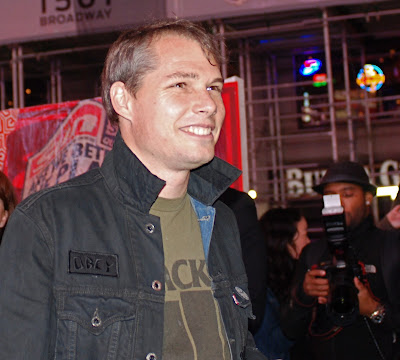 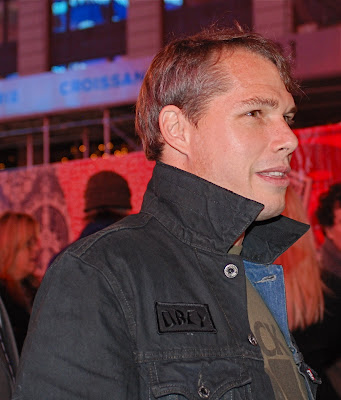 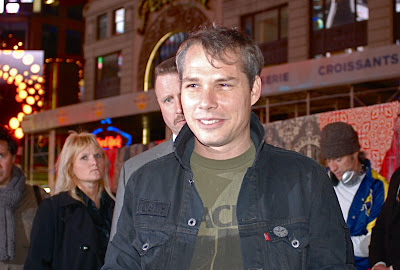 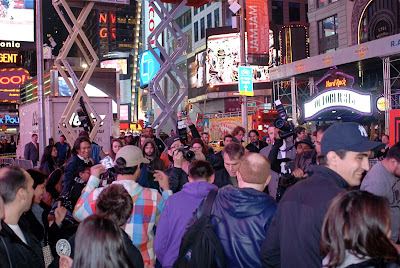 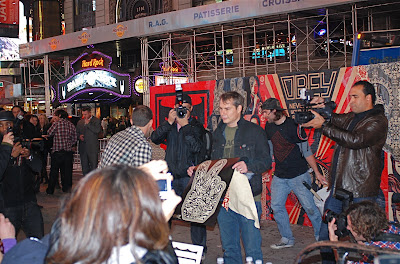 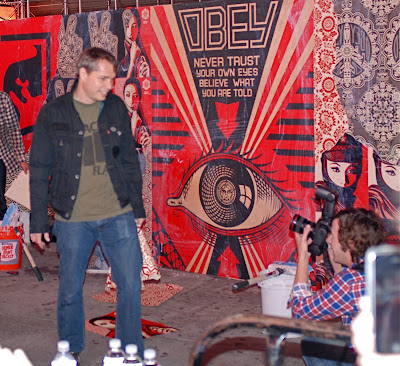 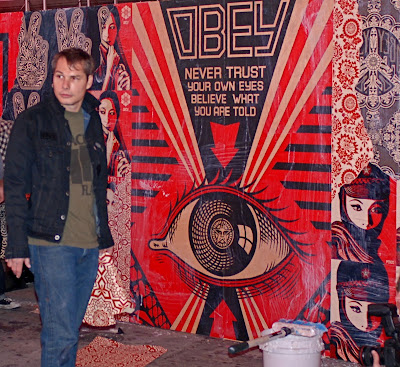 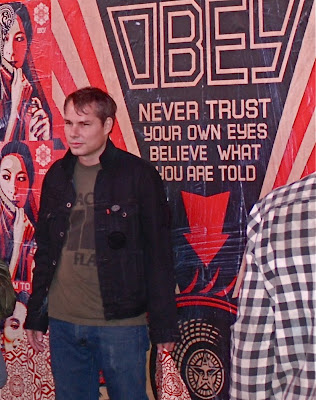 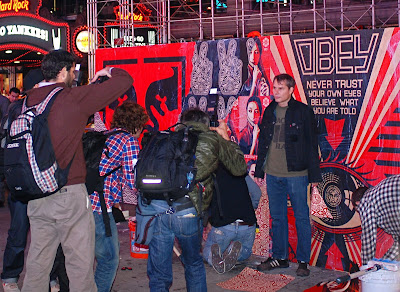 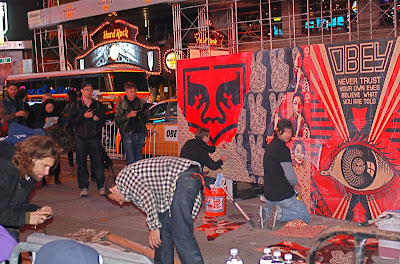 Shepard Fairey, the street artist behind the President Obama "Hope" picture, created a live art installation in front of the Levi's Store in Times Square earlier this evening. The unveiling of the new work of public art commemorated the launch of the new Obey x Levi's collection of street inspired styles for men. Poster signing also followed after the installation. I captured these images of Mr. Fairey during the live art installation.

Frank Shepard Fairey (born February 15, 1970 in Charleston, South Carolina) is a contemporary artist, graphic designer and illustrator who emerged from the skateboarding scene and became known initially for his "André the Giant Has a Posse" sticker campaign. The Institute of Contemporary Art, Boston calls him one of today's best known and most influential street artists. Mr. Fairey's portrait of President Barack Obama has been acquired by the National Portrait Gallery in Washington, D.C. The large-scale, mixed media stenciled collage was the central portrait image for the Obama campaign. His technique for adapting borrowed imagery for this piece was controversial and has been criticized by many. During the Levi's event in Times Square, Mr. Fairey was treated like a rock star by his admirers, autograph seekers and press photographers.