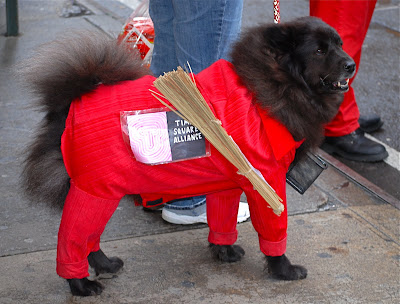 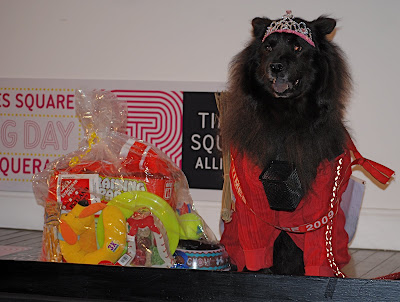 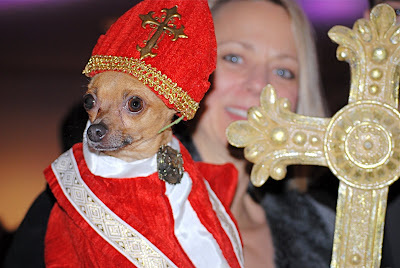 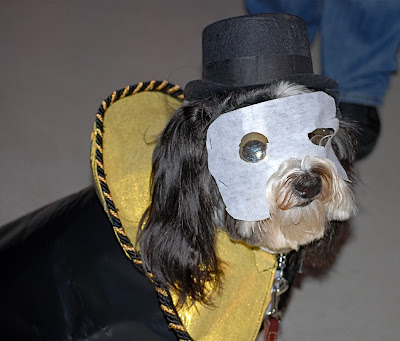 Winston the Terrier mix as the "Phantom of the Opera" 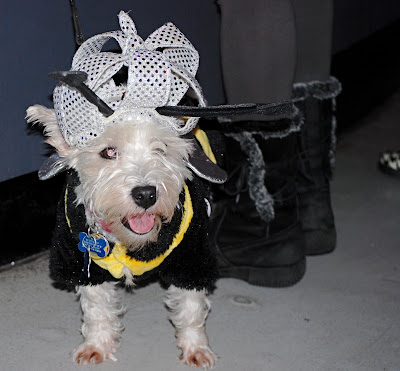 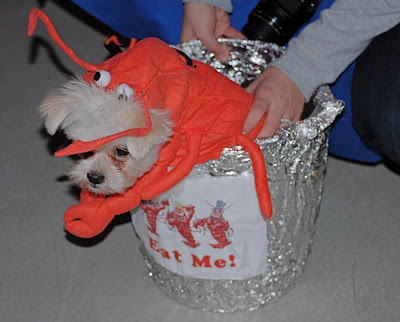 Teddy, a Pekatese as "Lobster In A Pot" 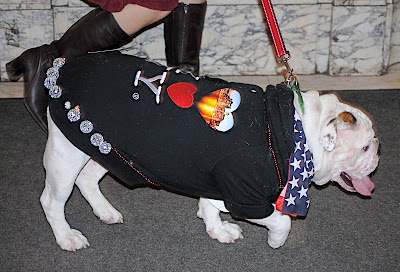 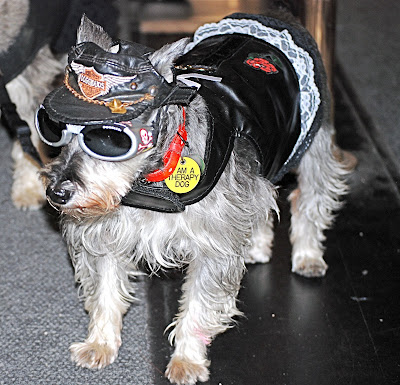 Candy dressed as a "Biker Babe" 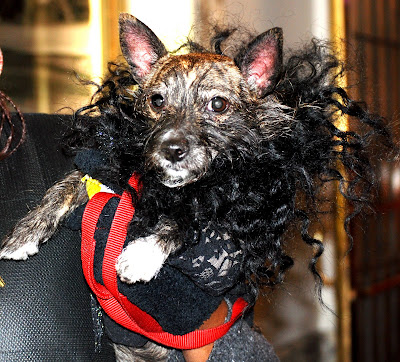 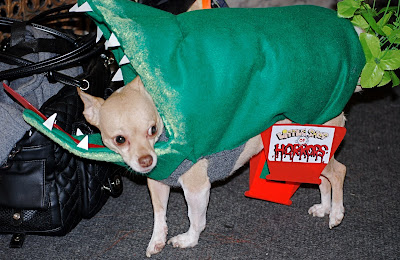 Halloween came early for some dogs today for the Fifth Annual Dog Day Masquerade at the Times Square Information Center which is located at 7th Avenue between 46th and 47th Streets. The canine costume contest was held this afternoon, and the top prize was awarded to the dogs that best evoke Times Square's past or present. The dog masquerade also aims at raising awareness for Animal Haven’s Adopt-A-Pet program, which will be on site to help animal lovers adopt a new furry friend.

Winners were selected by a panel of celebrity judges including 2008 Dog Day Masquerade champion Peanut, Animal Planet's groomer for Underdog to Wonderdog Ali McLennan and Executive Director of Broadway Cares/Equity Fights AIDS Tom Viola. Top prizes were given away courtesy of Petland Discounts.