The Metropolitan Museum of Art Lobby 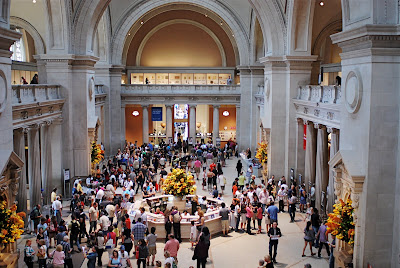 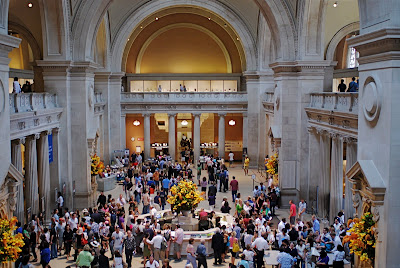 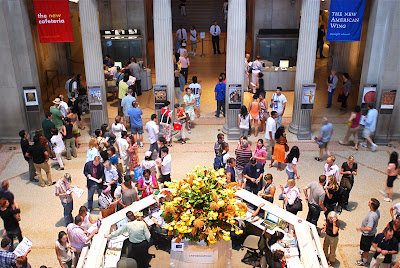 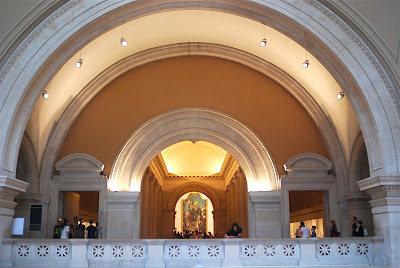 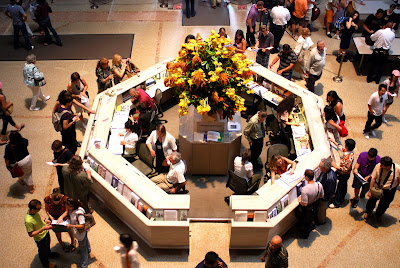 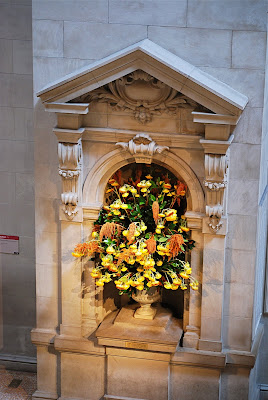 The Metropolitan Museum of Art Lobby, Photos taken September 9, 2009.
The museum is located at 1000 Fifth Avenue at 82nd Street.
In 1866 a group of Americans were visiting Paris taking in the cultural delights of the Old World and it occurred to some of them that New York deserved a world class art museum. To that end John Jay, President of the Union League Club gave a speech declaring "America needed a National Institution and Gallery of Art and that the American gentlemen then in Europe were the men to inaugurate that plan." The art committee of the Union League Club, in concert with other prominent citizens, led the way with the museum to be established by an act of the New York State Legislature in 1870. The Metropolitan Museum of Art first opened its doors on February 20, 1872, housed in a building located at 681 Fifth Avenue in New York City. John Taylor Johnston, a railroad executive whose personal art collection seeded the museum, served as its first President, and the publisher George Palmer Putnam came on board as its founding Superintendent. Under their guidance, the Met's holdings, initially consisting of a Roman stone sarcophagus and 174 mostly European paintings, quickly outgrew the available space. In 1873, occasioned by the Met's purchase of the Cesnola Collection of Cypriot antiquities, the museum decamped from Fifth Avenue and took up residence at the Douglas Mansion on West 14th Street. However, these new accommodations were temporary; after negotiations with the city of New York, the Met acquired land on the east side of Central Park, where it built its permanent home, a red-brick Gothic Revival stone "mausoleum" designed by American architects Calvert Vaux and Jacob Wrey Mold. The Met has remained in this location ever since, and the original structure is still part of its current building. A host of additions over the years, including the distinctive Beaux-Arts facade, designed by Richard Morris Hunt and completed in 1926, have continued to expand the museum's physical structure. As of 2006, the Met measures almost a quarter mile long and occupies more than two million square feet, more than 20 times the size of the original 1880 building. In 2007, the Metropolitan Museum of Art was ranked #17 on the AIA 150 America's Favorite Architecture list. The Metropolitan Museum of Art was designated a landmark by the New York City Landmarks Preservation Commission in 1967. The interior was designated in 1977.
Posted by Noel Y. C. at 5:30 AM