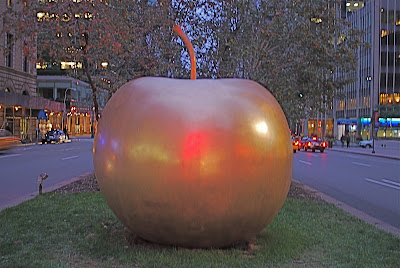 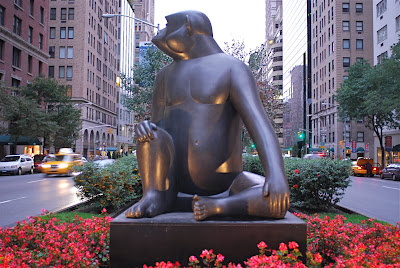 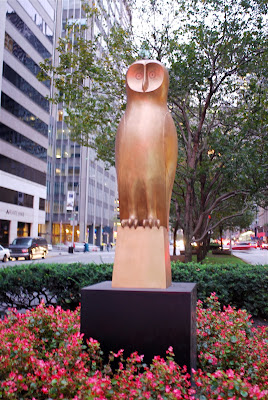 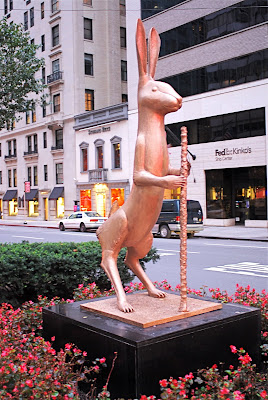 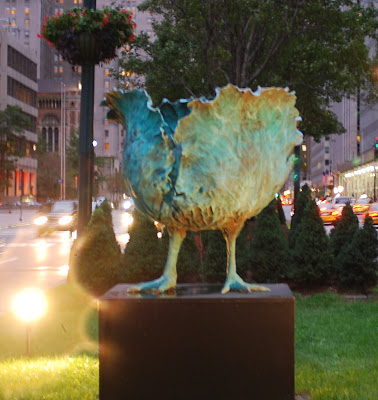 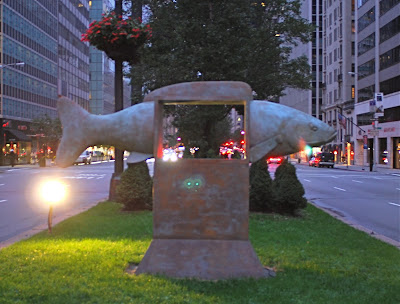 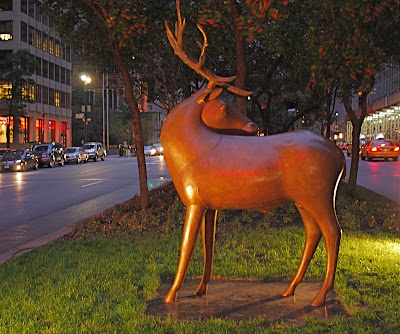 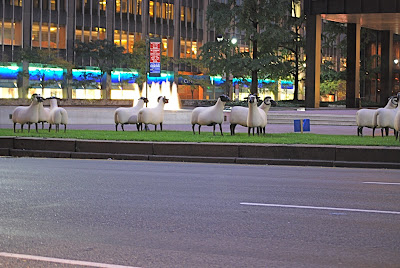 Currently on view on Park Avenue between 52nd and 57th Streets is the first-ever large-scale outdoor exhibition in the U.S. of Claude & Francois-Xavier Lalanne’s sculptures.

Featured works installed at the Park Avenue median include Pomme de New York by Claude Lalanne (b.1924), a large-scale bronze sculpture of an apple, epitomizing the monumentality of the city’s iconic image (located on the North side of 52nd Street), and Francois-Xavier Lalanne’s (1927–2008) last sculpture, Singe Avise (Tres Grand), a cross-legged monkey with a pensive expression (located on the North side of 57th Street).

Having rediscovered the Renaissance art of casting forms from life, then employing contemporary electro-plating techniques, Claude Lalanne achieves a delicacy and sensitivity in her work unparalleled in cast bronze. Francois-Xavier Lalanne similarly found inspiration for his works in nature. In his words, "The animal world constitutes the richest and most varied forms on the planet." His subjects consist of stylized forms of animals, their profound simplicity achieving streamlined elegance.

The Lalanne’s work, known individually and collectively since the 1960s, has been exhibited extensively in important exhibitions, and most recently, featured prominently in the sale of the collection of Yves Saint Laurent, at Christie’s. (information from the New York City Department of Parks and Recreation)

I have one of the cabbage's with chicken legs; and am willing to sell it so I can grow more cabbages myself.

I have a chicken legged cabbage; but would rather grow my own cabbages.