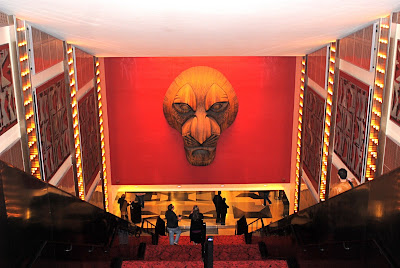 Stairs and escalator from the Box Office Lobby 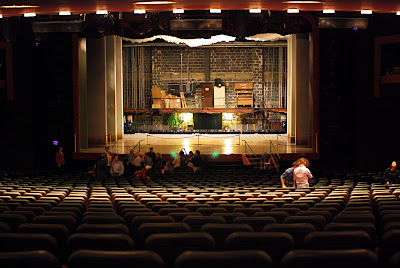 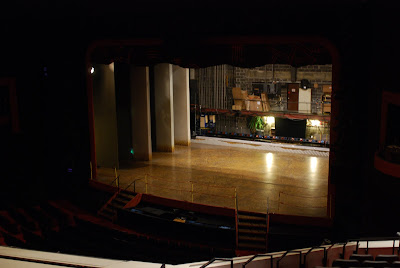 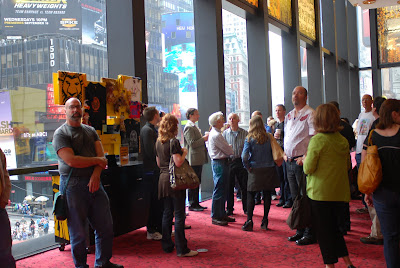 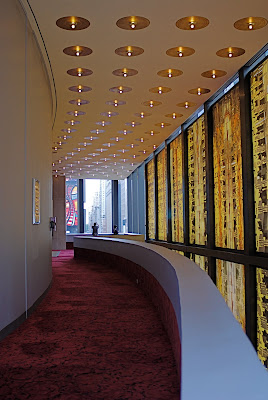 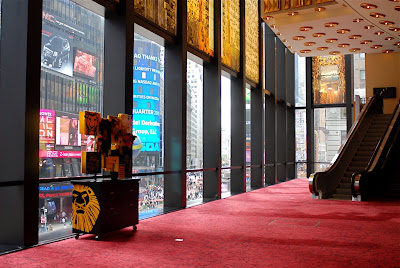 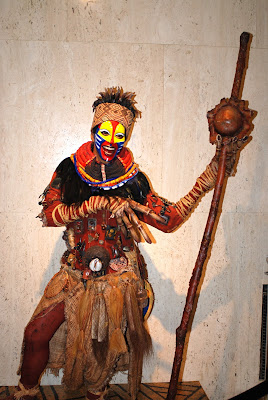 Statue at the Box Office Lobby 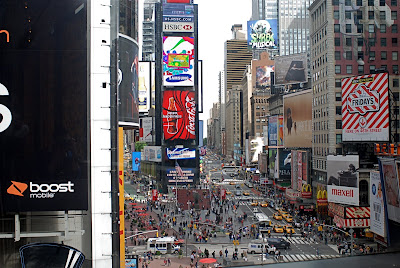 View from the Minskoff Theatre 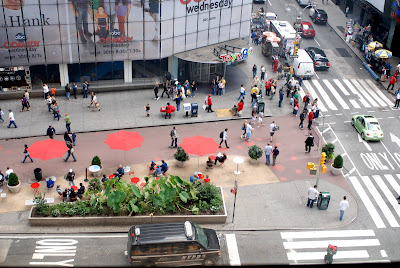 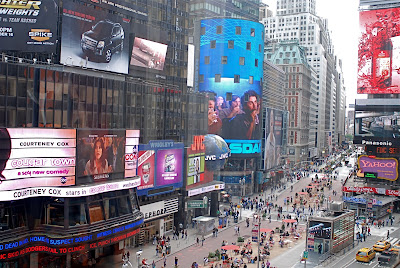 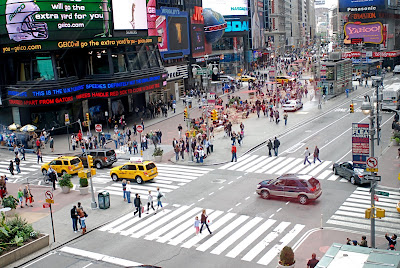 Part of last month's Back 2 Broadway month events was an open house of Broadway's historic playhouses before the audience comes in. I joined a group that took a tour of the Minskoff Theatre where "The Lion King" is currently playing. The Minskoff is located at 200 W. 45th Street.

Design: Since the actual theater (which you get to via a large escalator from the box office entrance) is thirty-five feet up, the Minskoff offers a spectacular view of Times Square from the front glass windows of the upstairs lobby. The design of the auditorium is characterized by its simplicity, with charcoal gray seats that are large and comfortable and an interior that is all white and gold.

Background: The Minskoff Theatre, which was designed by architectural firm Kahn and Jacobs, is on the third floor of One Astor Plaza. The fifty-five story office high-rise is named for the Minskoffs, the family that built and owns it. The theater was opened in 1973 and was designed in a modern style. It is perhaps best known to regular playgoers as the theater in the "wind tunnel," a nickname for the large walkway that connects 44th and 45th streets, and in which the ground floor entrance to the Minskoff is found. The Minskoff Theatre is under the direction of James Nederlander and Myron Minskoff and is best suited for large-scale musicals.