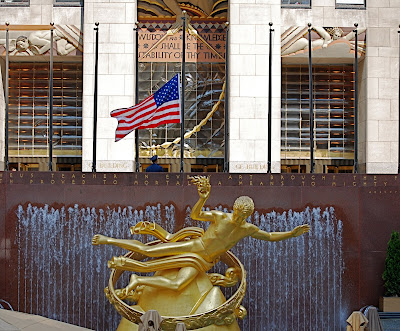 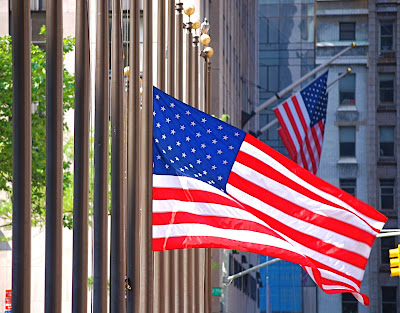 At the Rockefeller Center, the lone American flag flies at half-staff to mark today's observance of MEMORIAL DAY. Memorial Day is a United States federal holiday observed on the last Monday of May. Formerly known as Decoration Day, it commemorates U.S. men and women who died while in the military service. First enacted to honor Union soldiers of the American Civil War (it is celebrated near the day of reunification after the civil war), it was expanded after World War I to include American casualties of any war or military action.
Posted by Noel Y. C. at 8:41 AM