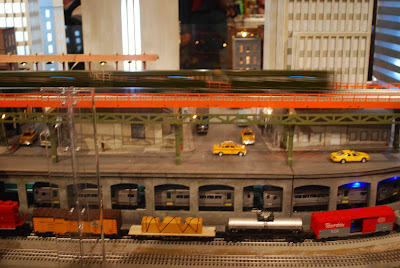 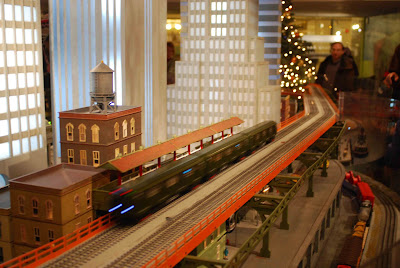 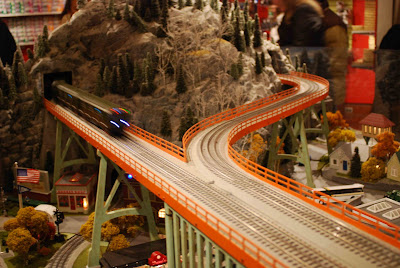 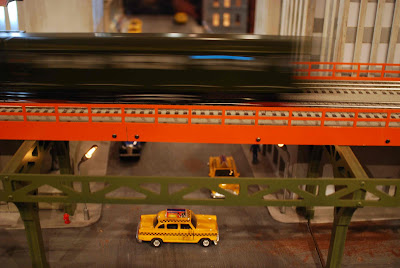 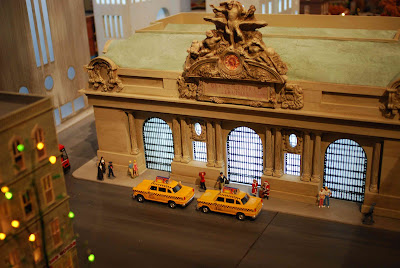 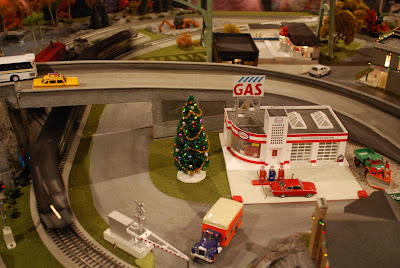 Currently on display at the New York Transit Museum Gallery Annex and Store at Grand Central Terminal is the Annual Holiday Train Show which runs through January 19. I made these images of the train models in motion when I visited the show during the holiday season. To delight children of all ages, multiple o-gauge model train sets take a magical journey from Grand Central Terminal to the North Pole with stops at subway and train stations along the way towards the ultimate destination, Santa's workshop!   Lionel’s brand new models of Metro-North M7 railroad cars and New York City Transit R27 subway cars, available for purchase in the Museum's Store, are being featured in this years layout, along with a new scale model of the Brooklyn Bridge, an elevated trestle, six new buildings, and an underground subway that is twice as large as last year. Admission to the exhibition is free.
Hours:
Monday – Friday: 8 AM to 8 PM
Saturday – Sunday: 10 AM to 6 PM
Closed: major holidays and for special events
Phone
(212) 878-0106
Admission
Free
Directions
Located just off the main concourse in the Shuttle Passage, adjacent to the Station Masters' Office
Posted by Noel Y. C. at 4:54 AM