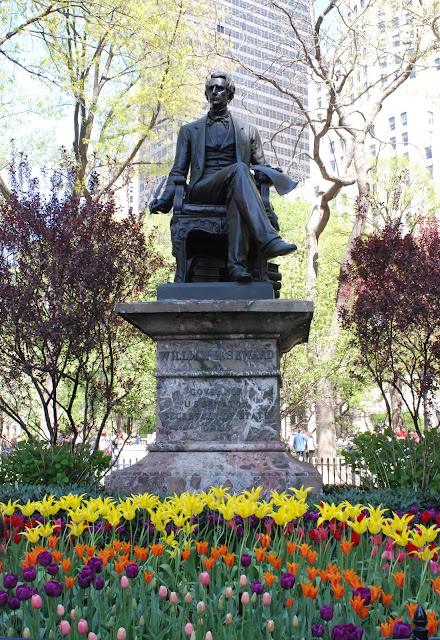 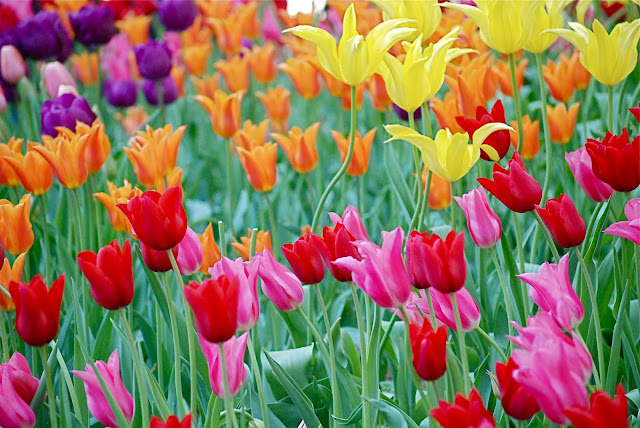 Located at the southwest corner of Madison Square Park, facing the intersection of Broadway and 23rd Street is the bronze statue of William Seward.
From the New York City Department of Parks and Recreation:
This imposing bronze statue of statesman William Seward (1801–1872) was created by the artist Randolph Rogers (1825–1892). The sculpture was dedicated in 1876, and Seward is said to be the first New Yorker to be honored with a monument in the city.

William Seward was born in Florida, New York, on May 16, 1801. An avid scholar, Seward studied at Farmers’ Hall Academy in Goshen, New York, and in 1816 enrolled at Union College, graduating in 1820. Seward was admitted to the bar at Utica in 1822, and partnered in Auburn, New York, with Elijah Miller. Active in local and national politics, Seward was elected in 1830 as an anti-Masonic candidate to the state senate. Defeated for governor by William L. Macy in 1834, Seward was elected to that position in 1838 as a leader of the anti-slavery wing of the Whig party, and served as governor for two terms, from 1839 to 1843. Afterwards Seward specialized in patent law, and was in great demand too as an attorney in criminal cases. In 1845, he argued in defense of freedom of the press in a libel suit brought by J. Fennimore Cooper (1789-1851) against newspaper publisher Horace Greeley (1811-1872) in 1845. Four years later, Seward was elected United States Senator (1849-1861).
Posted by Noel Y. C. at 6:45 PM