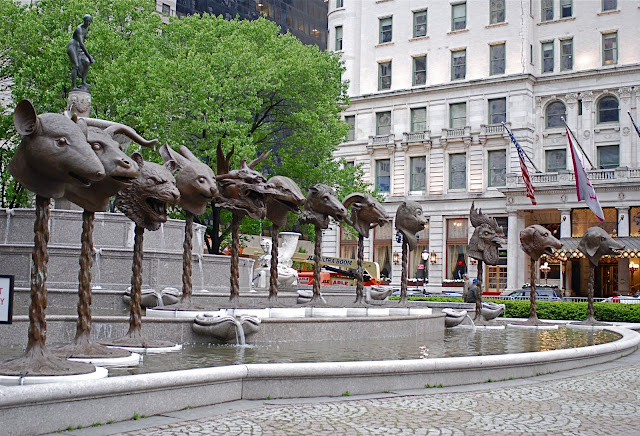 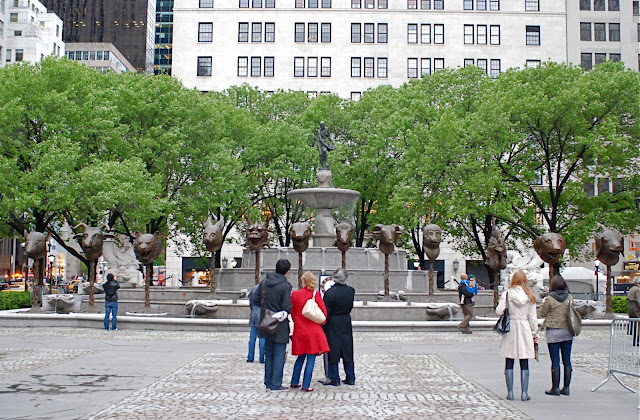 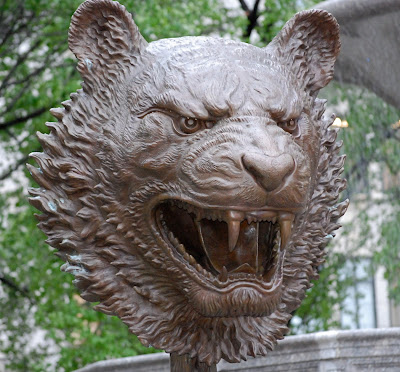 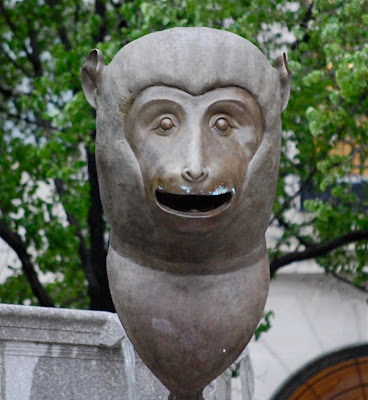 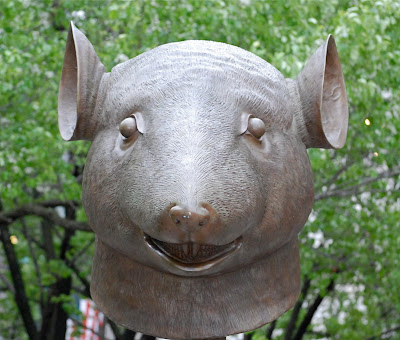 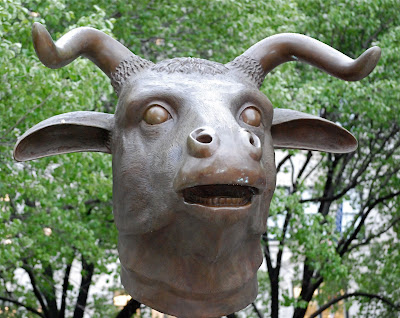 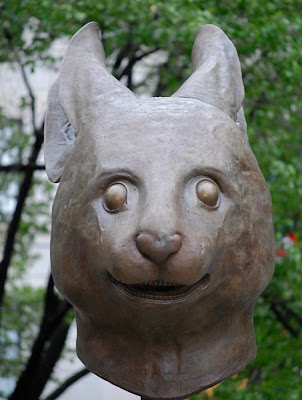 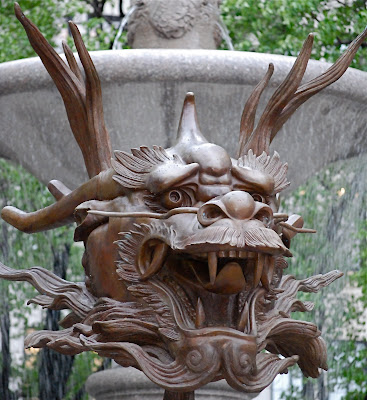 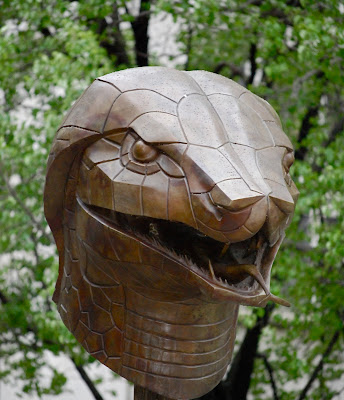 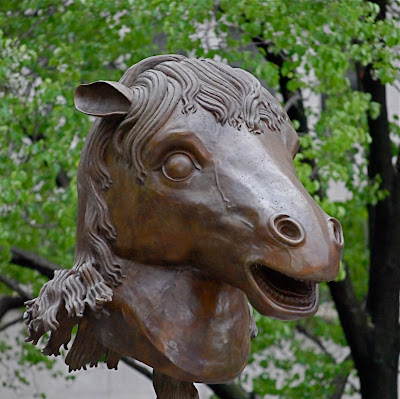 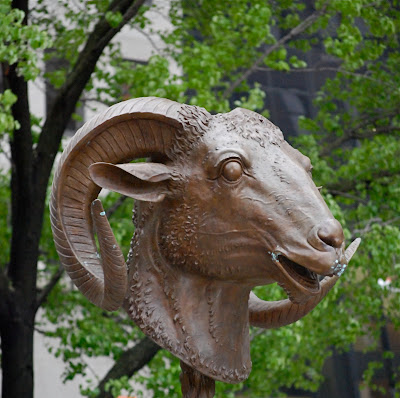 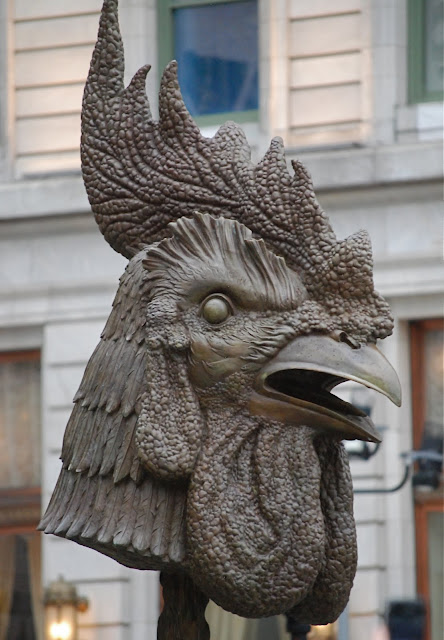 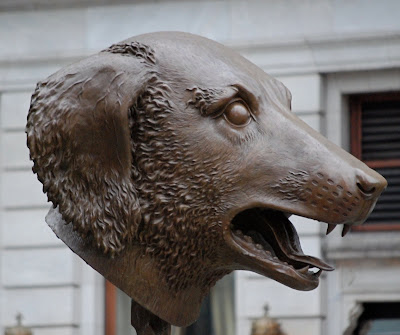 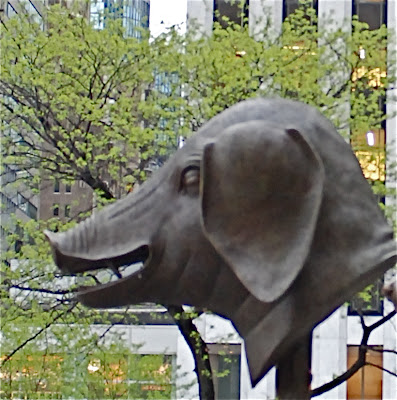 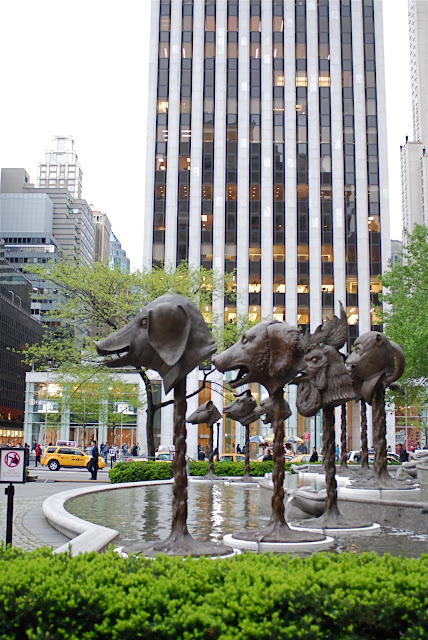 Acclaimed Chinese conceptual artist Ai Weiwei's "Circle of Animals...Zodiac Heads", an historical outdoor public sculpture exhibition opened today at the Pulitzer Fountain at the Grand Army Plaza (southeast corner of Central Park) in front of The Plaza Hotel. The exhibit features Weiwei's cast bronze sculptures of heads of creatures of the Chinese Zodiac. Each head is about 4 feet high and 3 feet wide, supported by a 10-foot stand. Ai Weiwei is currently being detained by authorities in China. Mayor Michael Bloomberg spoke at the unveiling of the sculptures this morning. Calling the unveiling a “bittersweet honor,” the mayor took a couple of shots at Chinese authorities, who he suggested “do not value and protect free speech.” At the same time, Bloomberg acknowledged, “There is much to admire about China and the great Chinese people.” He pointed to Beijing’s famous Bird’s Nest stadium, partially designed by Ai, as an example of the country’s potential for greatness. Neglecting to mention Ai’s disgust for the way Chinese officials used the stadium for the 2008 Olympics’ extravagant opening ceremony, the mayor argued, “How that stadium is remembered will depend much on how its creator is treated today.”


The exhibit runs until the middle of July and will be on tour after that. London will be the next venue.
From the New York Times:
“Zodiac Heads” is a Conceptual work bodied forth as bronze sculpture that my colleague Holland Cotter rightly predicted would look “winsome” if you didn’t know the back story, but that becomes more subversive if you do. The heads are enlarged versions of those that were designed in the 18th century by European Jesuits for the Manchu emperor Qianlong as part of a famous fountain clock in the European-style gardens of the Summer Palace, or Yuanmingyuan, near Beijing. Each of the originals spouted water for two hours a day, which may explain why the mouths of Mr. Ai’s copies are open, as if they are noisily expressing themselves. The heads were looted when this vast complex of buildings and gardens was ransacked and burned by British and French troops during the Second Opium War in 1860, an event that remains a signal symbol of national humiliation. They began to resurface in 2000, and at this point the Chinese government has retrieved five of them (ox, tiger, horse, monkey and boar).
Another two (rat and rabbit) were part of the Paris sale of the collection of the fashion designer Yves Saint Laurent and his partner, Pierre Bergé, in 2009. The Chinese government sued unsuccessfully for their return; they were successfully bid on by a Chinese collector who then refused to pay for them as an act of patriotic protest, and they are now back in Mr. Bergé’s hands. The remaining five may be lost forever. Knowing all this gives Mr. Ai’s piece a certain frisson, beginning with its mongrel origins (Manchurian, Chinese and European) and extending to his enlargement of the original work’s scale and reimagining of the missing heads. It is a seemingly benign work plundered by the West, now being shown to the West, triumphantly enlarged and reconstituted. But in interviews conducted before his incarceration Mr. Ai neatly sidestepped the importance of this knowledge, saying that it was not crucial for the public’s enjoyment of the work. “They should just look at the objects and see the connection through their own experience,” he said.
Posted by Noel Y. C. at 8:07 PM

You are like a seasoned photographer,impressive work, Noel and thanks for sharing