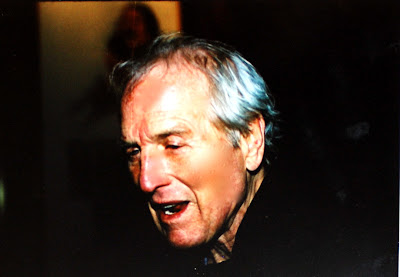 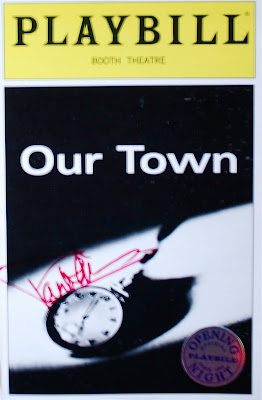 PAUL NEWMAN, the sensitive and handsome actor and philantropist who proved to be the most versatile and durable artist of the soul-searching, method-informed generation of anti-heroes in the 1950s, passed away on Sept. 26 at the age of 83 after a long battle with cancer. He retired from acting in 2007. "You start to lose your memory," he said, "you start to lose your confidence, you start to lose your invention. So I think that's pretty much a closed book for me."
In 2003, he starred in a Broadway play called OUR TOWN. After a performance, I captured this image of Mr. Newman when he signed a Playbill at the stagedoor of the Booth Theatre on January 15, 2003.
Posted by Noel Y. C. at 4:39 AM

Email ThisBlogThis!Share to TwitterShare to FacebookShare to Pinterest
Labels: Our Town, Paul Newman