@ the stagedoor: WHOOPI GOLDBERG and the cast of XANADU 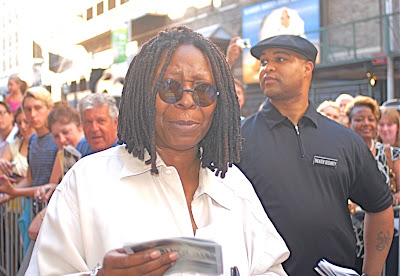 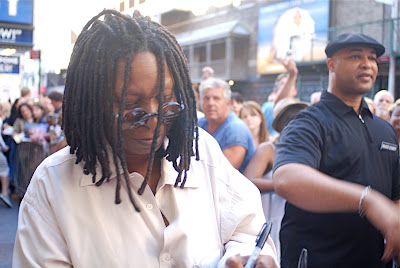 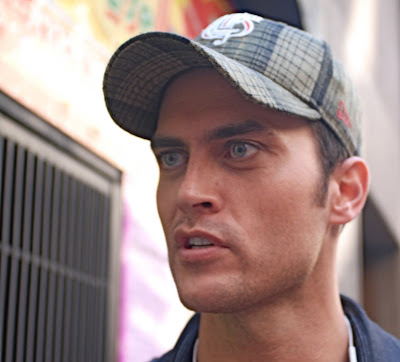 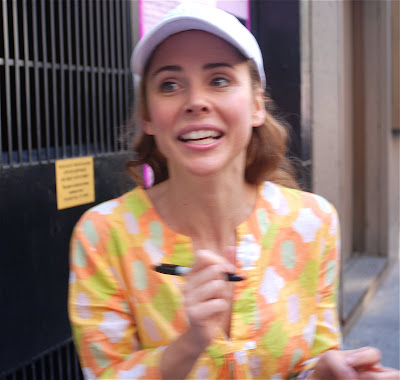 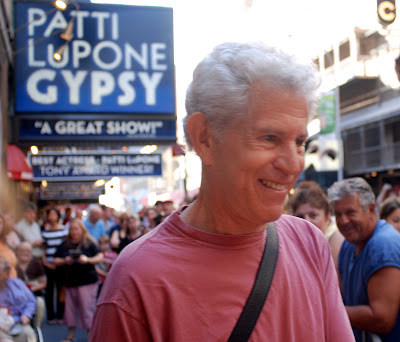 Tony Roberts
These photos were taken outside the stagedoor of the Helen Hayes Theatre. WHOOPI GOLDBERG plays the roles of Calliope and Aphrodite in the Broadway musical XANADU through Sept. 7. She joins Cheyenne Jackson (who returned to the show from his recent stint in Damn Yankees for City Center Encores!) and original Tony-nominated star Kerry Butler as well as Tony Roberts, Mary Testa, Curtis Holbrook, Kenita Miller, Patti Murin, Marty Thomas, André Ward and Jacob Ben Widmar.
Born Caryn Elaine Johnson on November 13, 1955 in the Chelsea section of Manhattan, Goldberg is one of only thirteen people who have won an Emmy, a Grammy, an Oscar, and a Tony Award, including Daytime Emmy Awards. In 1990, she became the second African American female performer after Hattie McDaniel to win an Academy Award for acting. She has won two Golden Globe Awards and two Saturn Awards for her performances in Star Trek Generations and Ghost.Goldberg earned an Academy Award for her work in "Ghost" and was Oscar-nominated for her role in "The Color Purple." Onstage she has appeared in Whoopi, A Funny Thing Happened on the Way to the Forum and Ma Rainey's Black Bottom.
Based on the cult, roller-disco-themed film starring Olivia Newton-John, Xanadu tells of the love between a goddess and the mortal she inspires. centers on a Greek muse who is sent to earth to inspire Californians during the 1980s. While on earth, she meets and falls in love with an artist and helps him realize his dreams.
Posted by Noel Y. C. at 5:41 AM