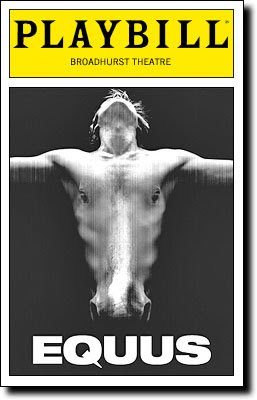 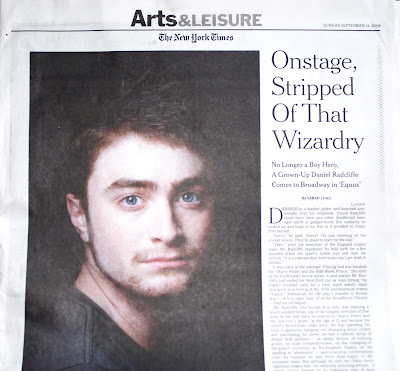 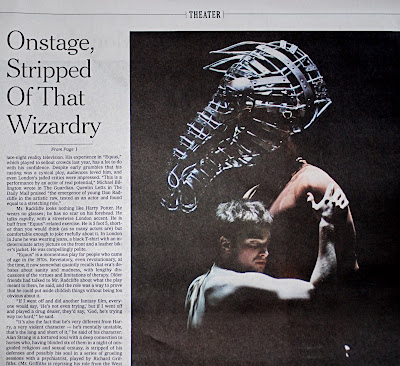 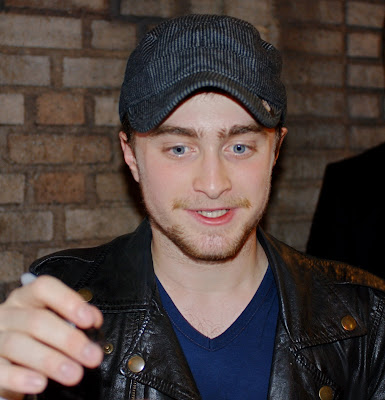 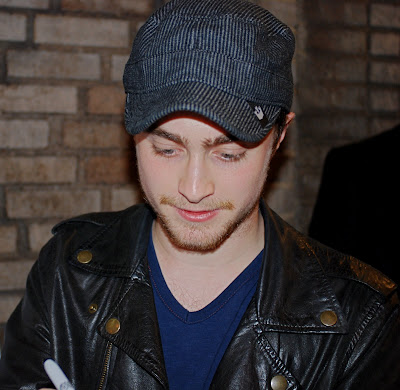 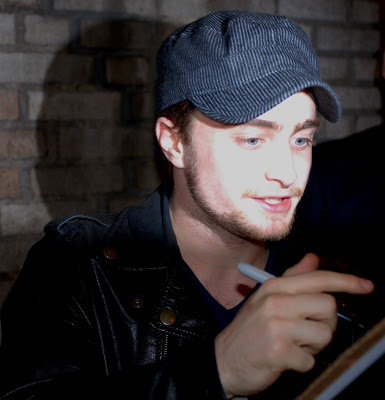 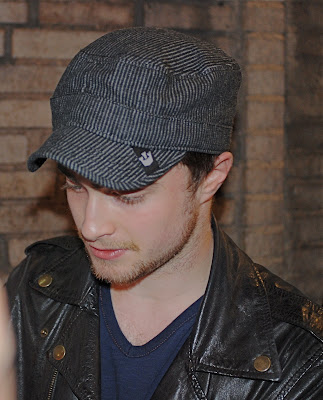 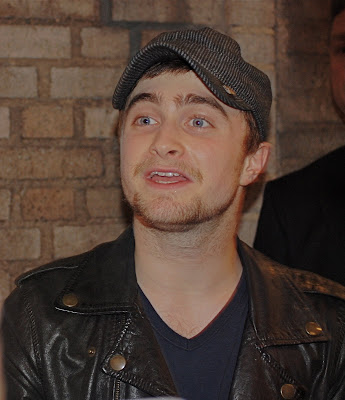 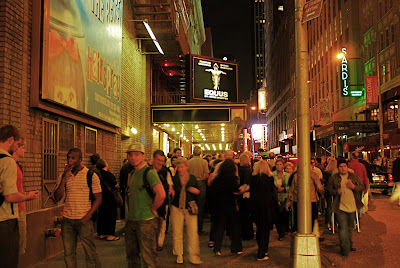 Last night, we attended a performance of the new Broadway revival of EQUUS, now in previews at the Broadhurst Theatre. Equus, written by Peter Shaffer, the Tony Award winning author of Amadeus, is the powerful and provocative story of a stable boy and a psychiatrist who seeks to understand the sexual and religious mystery which leads to a climatic and unbelievable event. DANIEL RADCLIFFE, the young international star of the popular HARRY POTTER films, makes his Broadway debut as Alan Strang, a seemingly normal and unassuming 17 year-old stable boy with a passion for horses. One night he blinds six of the horses with a hoof pick. What drove him to commit this horrible crime is a puzzle. His life seems routine, his family loving, his pursuits harmless. But his family life is affected by bigotry and religious fervor. Strang has been placed under psychiatric surveillance—an unresponsive patient who suffers from terrible nightmares each night. Only psychiatrist Martin Dysart (played by RICHARD GRIFFITHS) seems able to grasp the answer to this psychological mystery.
As in London, we believe that Radcliffe will draw positive reviews from the critics. He was fantastic! Equus will also get a lot of attention from gossip columnists because of the much-written-about nude scene. Richard Griffiths was last seen on Broadway in The History Boys for which he won a Tony Award. Overall, although the story is dark, the performances, costume, lighting and the austere but effective set shine brightly.
The eagerly awaited revival of Equus began previews on Broadway Sept. 5 with an official opening on Sept. 25. The production is currently scheduled to run through Feb. 8, 2009.
Above are some scenes outside the Broadhurst Theatre after the performance. I made the images of Radcliffe and his autograph-seeking fans at the stagedoor of the theatre which is located at 235 West 44th Street. Radcliffe was also featured in the Arts and Leisure section of the September 14 issue of the New York Times.
***********
Here is a couple of reader reviews from nytimes.com:
enjoyable and powerful, September 07, 2008
Reviewer: suzannedavino
I've read Equus many times and was very pleased to have the opportunity to see it staged at last on Sept 5th. I was not disappointed. The horses/dancers in their caged heads, the smoke rising around their stilted hooves as they stomped, the eerie sounds and the lighting combined to instill moments of awe and fear in me, particularly when those caged heads all swiveled round to stare at a single point. Richard Griffiths was excellent: natural and humorous, and for the most part Dysart's angst was not too onerous. Daniel Radcliffe's participation could easily have spoiled the show for me, and there were moments when I tried not to see Harry Potter defying Voldemort instead of Alan Strang defying Normal, but he aquitted himself very well, and managed to shake off the Potter persona.
. . . .
Extraordinary, indeed., September 06, 2008
Reviewer: kamandat
Before I went to the opening night of the Equus preview, I sat on my front porch in the country and read Peter Shaffer's script from cover-to-cover, trying to hold on desperately to every word on each page in anticipation of them coming to life on stage later that evening. The play itself is brilliant and I had built up my expectations of seeing it live only minimally, as I could only be hopeful it could serve it justice. The minute I walked into the theatre, I was instantly entranced by the simple, but powerful, set; I was immediately anticipating what was to come. Richard Griffiths is brilliant, delivering monologues simply and beautifully throughout the show. His growth in understanding himself was apparent and satisfying. Ultimately, it was Daniel Radcliffe who had me mesmerized from his first moment on stage to his last. As I had suspected from my morning reading, the first act ended with an inexpicable power and I felt an urgency for Radcliffe to return to the stage. His final moments of the show left me haunted and breathless. My appreciation for his risk to take this part is undeniably overwhelming. I can only hope to see the show over and over again. The next day I still feel impacted by its power and meaning.
Posted by Noel Y. C. at 4:52 AM