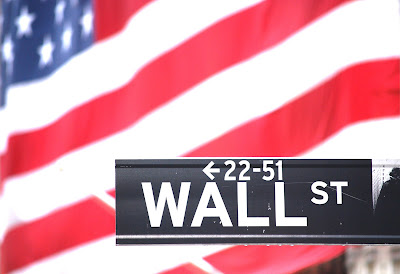 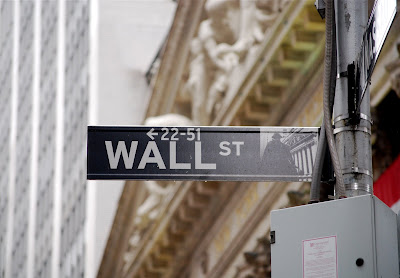 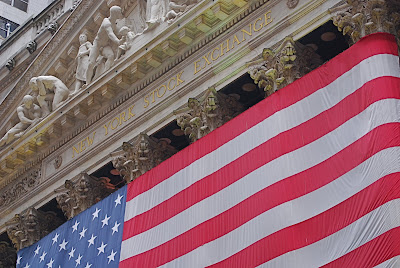 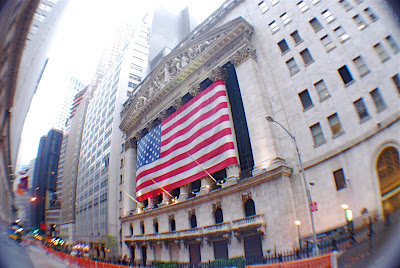 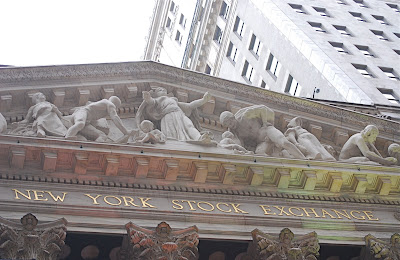 Today, negotiators from Capitol Hill and the Bush administration resumed talks about the proposed $700 billion bailout of the financial system by the US government. Earlier today, I made some images of the Wall Street sign and the New York Stock Exchange in downtown Manhattan. NYC is at the center of the economic turmoil, but the fallout will be nationwide. Already the financial sector alone has lost 10,000 jobs through July, or about 2% of finance jobs. Moody's Economy.com projects that New York City and its suburbs will lose 65,000 finance jobs by the middle of 2010, or 11% of the total. Economists are projecting that Manhattan real estate prices will finally sink under the pressure of financial-sector layoffs and shrinking Wall Street bonuses. Wall Street accounts for about 12% of jobs in the city of New York, and a quarter of salaries. "New York is the stone in the puddle that ripples across the country," said Scott Simmons, vice-president and founding partner of Crist/Kolder Associates, an executive recruiting firm in Chicago.
From wikipedia:
Wall Street is a street in lower Manhattan, New York City, USA. It runs east from Broadway downhill to South Street on the East River, through the historical center of the Financial District. Wall Street was the first permanent home of the New York Stock Exchange; over time Wall Street became the name of the surrounding geographic neighborhood. Wall Street is also shorthand (or a metonym) for "influential financial interests" in the U.S., as well as for the financial industry in the New York City area. Several major U.S. stock and other exchanges remain headquartered on Wall Street and in the Financial District, including the NYSE, NASDAQ, AMEX, NYMEX, and NYBOT.
Posted by Noel Y. C. at 6:12 PM