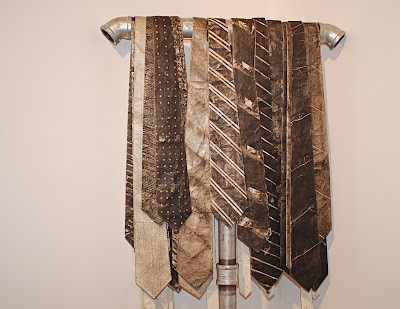 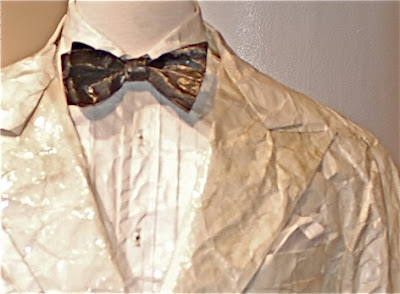 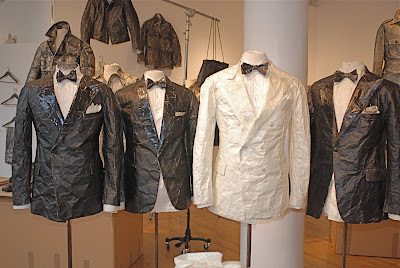 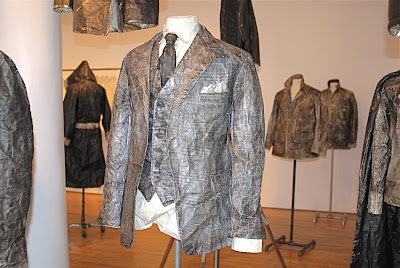 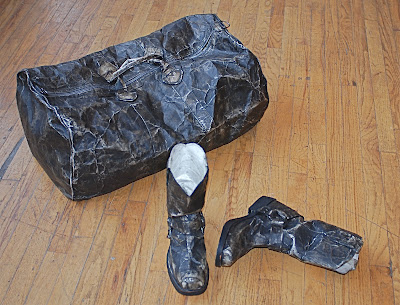 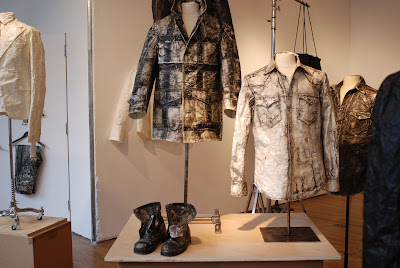 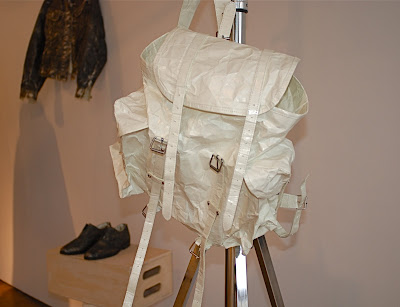 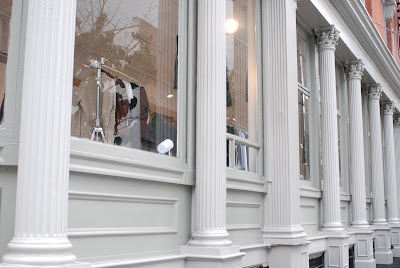 Gallery at 28 Wooster Street, Soho
Last weekend, I had the opportunity to view an exhibit in SOHO called ALTERATION by the artist GREG LAUREN, nephew of RALPH LAUREN. For his third solo exhibition in New York, Mr. Lauren presented over 40 works of Japanese paper hand-sewn into life-size shirts, suits, jackets, uniform, boots, bags and ties. I especially liked the ties. He used palette of ebony, burnt umber and white oil paint for his work. Ironically and intentionally, his paper garments cannot be worn. The exhibition ran from September 8 through November 1, 2009 at 28 Wooster Street.
From the exhibit flyer:
"I was taught to dress like Cary Grant and JFK, but actually felt more like Charlie Chaplin or Oliver Twist," Lauren states. This show was an attempt to make manifest the feelings and the facts by embracing the awkward pain and sadness of being taught to play a definitive role set up by others, only to realize the sacrificial cost is not the final option. With this confrontational awareness comes a realization of the intricate fabric of one's own image and a world of one's own making.
Born and raised in New York City, Greg Lauren currently lives and works in Los Angeles. He received his B.A. in Art History at Princeton University in 1991.
Posted by Noel Y. C. at 3:32 AM