The ABERCROMBIE & FITCH Shopping Bag, From Bare to Bare-chested 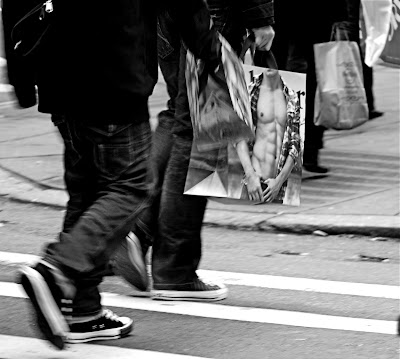 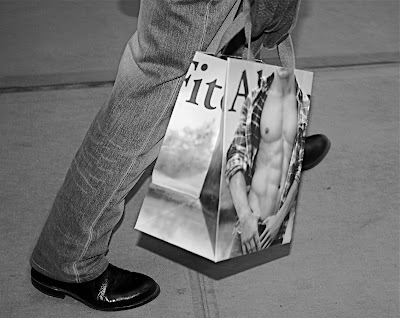 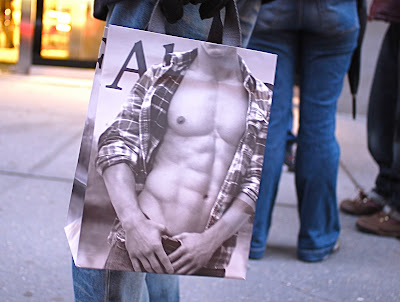 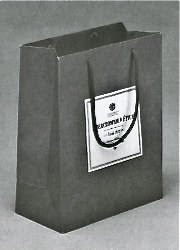 A & F Package Design, 1990 (Image from AIGA Design Archives)
Abercrombie and Fitch is known for its racy marketing photography shots by BRUCE WEBER, as exemplified by the design of the shopping bag. Grayscale photographs of bare-chested men and scantily-clad women are common aspects of the design. Bruce Weber is an American fashion photographer and filmmaker. He is best known for his ad campaigns for Calvin Klein, Pirelli, Abercrombie and Fitch, Revlon, Versace and Ralph Lauren. He has published several books that have become collectibles, and has contributed to magazines including Vogue, GQ, Vanity Fair, Elle, Life, Interview and Rolling Stone.
Posted by Noel Y. C. at 5:57 PM

why abercrombie fitch has so many bare chest