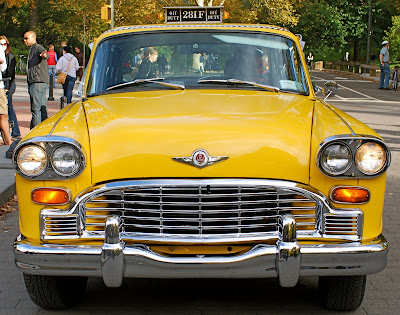 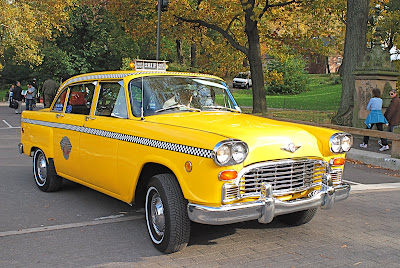 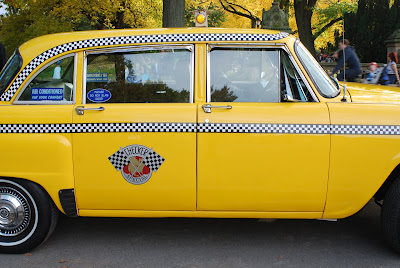 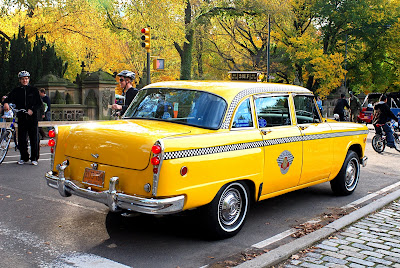 Rarely sighted in the streets of Manhattan are the yellow and black Checker Taxicabs from the 1900s. Once in a while vintage Checker cabs are rented for weddings such as this one spotted near the Bethesda Terrace in Central Park last October 25th.

The first taxicab company in New York was the New York Taxicab Company, which in 1907 imported 600 gasoline-powered cars from France. The cars were painted red and green. Within a decade several more companies opened business and taxicabs began to proliferate. The fare was 50 cents a mile, a rate only affordable to the relatively wealthy. By the 1920s, industrialists recognized the potential of the taxicab market. Automobile manufacturers like General Motors and the Ford Motor Company began operating fleets. The most successful manufacturer, however, was the Checkered Cab Manufacturing Company. Founded by Morris Markin, Checker Cabs produced the large yellow and black taxis that became one of the most recognizable symbols of mid-20th century urban life. For many years Checker cabs were the most popular taxis in New York City. (from wikipedia)