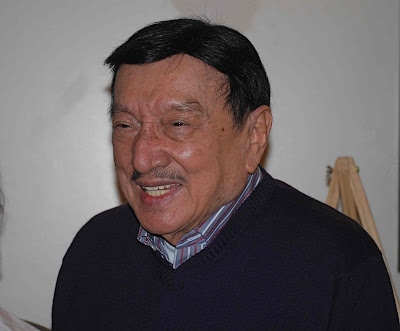 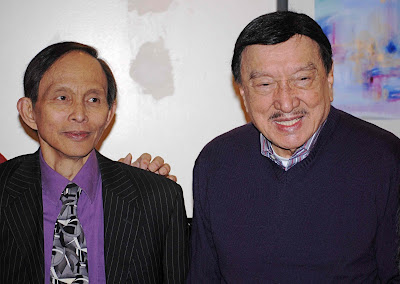 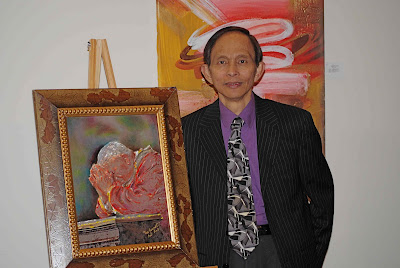 Gerry Garcia with one of his paintings on exhibit 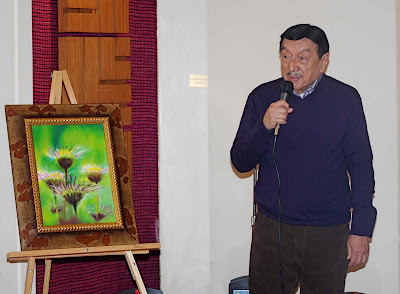 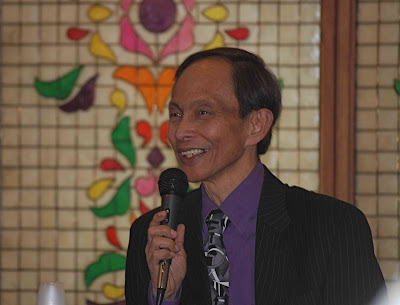 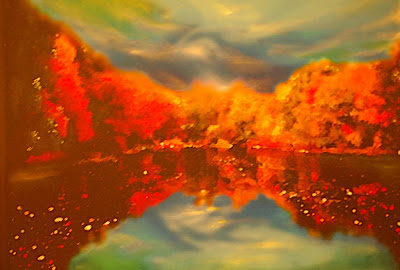 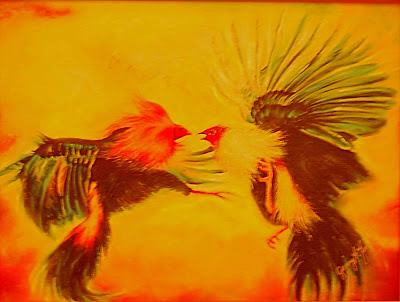 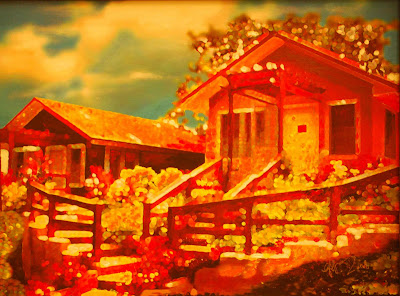 Last night I attended the art exhibit opening of Filipino artist GERRY GARCIA at the PHILIPPINE CENTER on Fifth Avenue. The beloved Philippine movie actor dubbed the "King of Comedy" was on hand for the ribbon cutting. The exhibit called ICONS OF FAITH is presented by GK777 and ANCOP Foundation, and features Gerry Garcia’s iconic and visceral paintings, etchings and animation art to benefit GAWAD KALINGA. Also in attendance was Dolphy's son, ERIC QUIZON. The Philippine Center is located at 556 Fifth Avenue between 46th and 47th Streets in Manhattan. I also made images of some of the artworks by Gerry Garcia on exhibit at the Philippine Center.

Dolphy was born Rodolfo Vera Quizon on July 25, 1928 in Pampanga and grew up in Tondo, Manila. At 80, Dolphy's career has spanned for more than five decades. He has made countless films, mostly comedy. In 2001, Dolphy and his sons Eric and Jeffrey Quizon all won the Prix de la Meilleure Interpretation (the equivalent of a Best Actress Award) in Brussels, Belgium for playing Walterina Markova in the movie Markova: Comfort Gay.
Gerry Garcia is not only a painter but also pioneering artist who single handedly created the Filipino animation industry. It was him, according to Filipino animators, who made Filipino animation possible. In the 80’s the first ever Philippine- made cartoon for television was ‘Panday,’ a creation of Gerry Garcia. In 1997, Garcia cemented his legacy as he made the first ever-Filipino full-length animated feature film– ‘Adarna.’
From Gawad Kalinga website:
Gawad Kalinga translated in English means to “to give care”, and it is an alternative solution to the blatant problem of poverty not just in the Philippines but in the world. GK’s vision for the Philippines is a slum-free, squatter-free nation through a simple strategy of providing land for the landless, homes for the homeless, food for the hungry and as a result providing dignity and peace for every Filipino.
What started in 1995 as a daring initiative by Couples for Christ to rehabilitate juvenile gang members and help out-of-school youth in Bagong Silang, Caloocan City, then the biggest squatters’ relocation area in the Philippines, has now evolved into a movement for nation-building. Together with its partners, Gawad Kalinga is now in the process of transforming poverty stricken areas with the goal of building 700,000 homes in 7,000 in 7 years (2003-2010). To date Gawad Kalinga is in over 900 communities all over the Philippines and in other developing countries. (establish link to GK ABROAD, write-ups on GK Communities outside the Philippines)
Gawad Kalinga is more than about building houses for the poorest of the poor. Providing a decent home is just the beginning of the transformation of the people and the community.
Posted by Noel Y. C. at 4:33 AM

The 1st GK Global Summit held at Boston last June 12-14 is a big and a historic success! There are almost almost 700 delegates from the US, Canada, Singapore, Malaysia, India, Columbia and the Philippines who joined the event. This is a very good news to everyone! :)