BARRY MANILOW sings the 80's hits on the TODAY SHOW 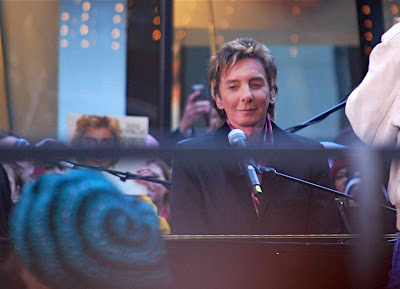 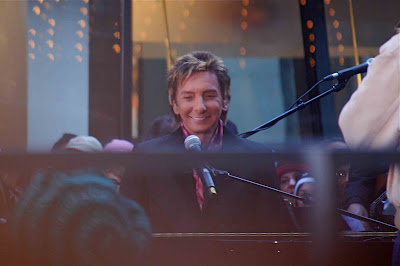 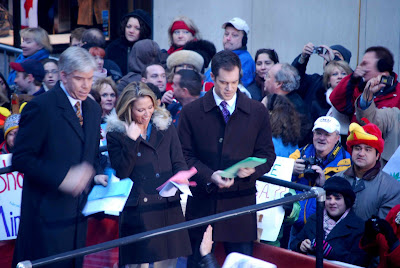 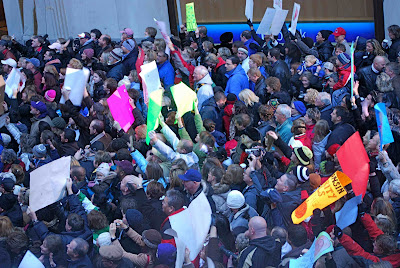 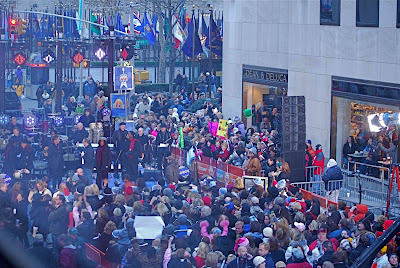 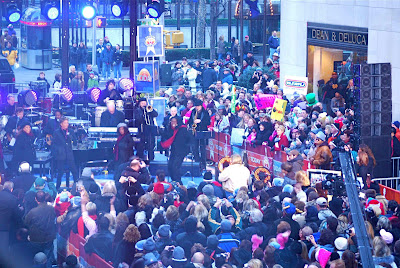 Earlier this morning, I made these images from the TODAY SHOW concert series at Rockefeller Plaza outside the NBC studio featuring BARRY MANILOW who sang some pop songs from the '80s. Barry Manilow (born June 17, 1943) is an American singer-songwriter, musician, arranger, producer and conductor, best known for such recordings as "I Write the Songs, Mandy, Weekend in New England and Copacabana." This morning's TODAY SHOW program was hosted by DAVID GREGORY, AMY ROBACH and PETER ALEXANDER.
From Manilow's official website:
"Among the few things one can count on in life: the taste of McDonald's cheeseburgers, "I Love Lucy" reruns are still funny—and Barry Manilow never wearing out his welcome at the top of the charts", Billboard Magazine.
With worldwide sales of more than 75 million records, Barry Manilow’s success is a benchmark in popular music. His concerts and night-club performances sell out instantly. He is ranked as the top Adult Contemporary chart artist of all time, according to R&R (Radio&Records) and Billboard magazines. Rolling Stone crowned him “a giant among entertainers… the showman of our generation,” and Frank Sinatra summed up Manilow best when Ol’ Blue Eyes told the British press, “He’s next.”
Manilow calls Las Vegas his home away from home where he performs to sell-out crowds at the Las Vegas Hilton, which he has done for three years now. He opened in 2005 with huge success with Manilow: Music and Passion and recently, changed things up and has taken the show to next level. ULTIMATE MANILOW: The Hits opened in September of 2008 to rave reviews, calling it ‘the perfect mix of Manilow’s hits’ (Vegas.com) where Manilow opens up his expansive catalog of hits and expertly takes us on a journey that lets us know that ‘This One’s for You.’
Manilow has given the gift of collections in the best-selling series of tributes to popular music. RIAA platinum The Greatest Songs Of The Fifties released January 31, 2006, which incidentally became his first #1 debut on the Billboard 200 album chart and first #1 album since the 1977 triple-platinum double-LP Barry Manilow/Live; RIAA platinum The Greatest Songs Of The Sixties released October 31, 2006, entering the chart at #2 and was the all-time highest first sales week debut chart entry of Manilow’s career. With those two albums, Manilow became the first artist since 1981 to have two albums in the top two positions in one calendar year on the Billboard chart. Next came The Greatest Songs Of The Seventies, released September 18, 2007, entering the Billboard charts at #4, making The Greatest Songs of the Seventies Manilow’s 33rd charting album, his 11th Top 10 and his 10th Top 10 debut and the only artist to have three Top four debuts on the Billboard 200 chart in two years.
Recently, Manilow's mellow music is now the cornerstone of a bizarre but apparently effective new plan of justice masterminded by Colorado judge Paul Sacco. Judge Sacco is punishing people who land in court for noise violations (blasting their stereos, rehearsing with bands, hosting raging parties) by sentencing then to an hour-long, high-volume Barry Manilow listening session. For most violators who wind up in Sacco's courtroom, it's a cruel and unusual punishment indeed. And just in case any of the offenders emerge from this experience with a new appreciation for Manilow, it seems law officials take surveys after each punishing session. That way, if any of the lawbreakers actually like a particular Barry song, that song is removed from the court-ordered playlist.
Posted by Noel Y. C. at 8:45 AM