The Cathedral of St. John the Divine 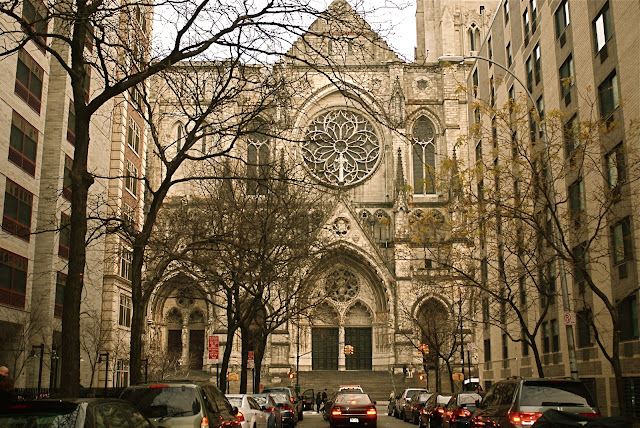 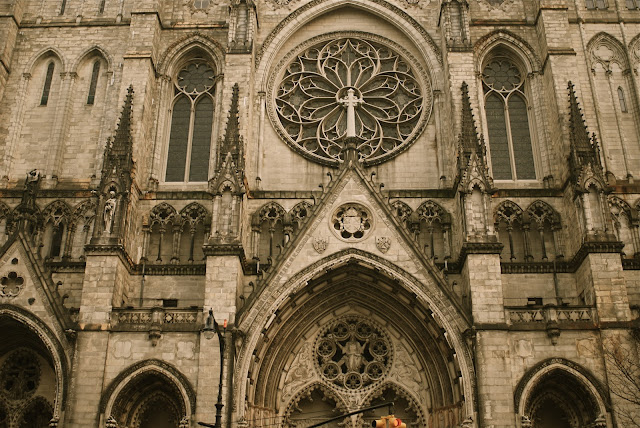 The Cathedral of St. John the Divine in Manhattan's Morningside Heights is considered the world’s largest Gothic cathedral. It measures in at 121,000 square feet or the size of two football fields, (with room left over for the football). It has been a work in progress since 1892. The church is being built using traditional Gothic engineering—blocks of granite and limestone are carved out by master masons and their apprentices—which may explain why construction is still ongoing, more than 100 years after it began, with no end in sight. It has been nicknamed St. John the Unfinished. The cathedral has no steel structural support. Though it’s the focal point for the Episcopal church in New York, St. John’s embraces an interfaith tradition. Internationalism is a theme evident in the cathedral’s iconography. The cathedral offers a public tour 6 days a week, and a vertical tour (offered twice every Saturday), which takes you on a hike up the 11-flight circular staircase to the top, for spectacular views. St. John the Divine is also known for presenting concerts, outstanding workshops, musical events, and important speakers. The free New Year’s Eve concert draws thousands of New Yorkers; so, too, does its annual Feast of St. Francis (Blessing of the Animals), held in the first Sunday in October. It is also known for its pipe organ. The cathedral is located at 1047 Amsterdam Avenue between West 110th and 113th Streets.
Posted by Noel Y. C. at 4:36 AM