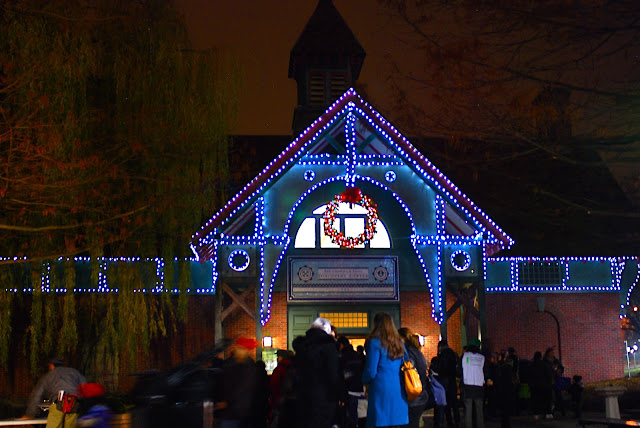 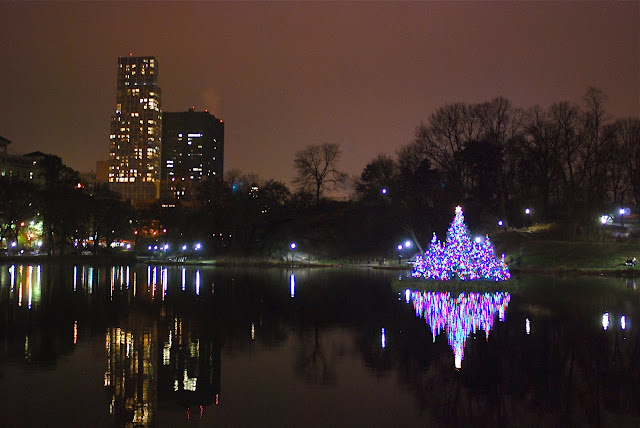 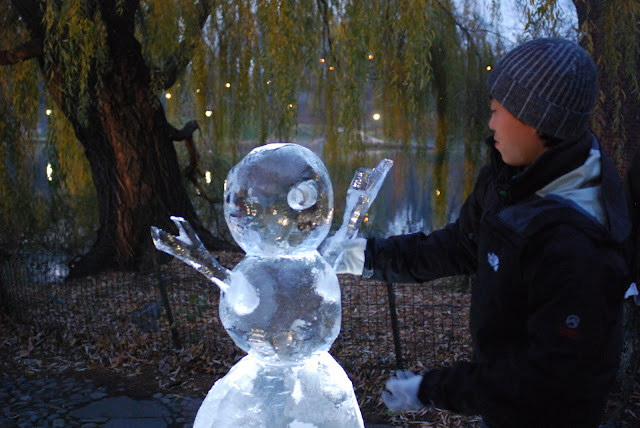 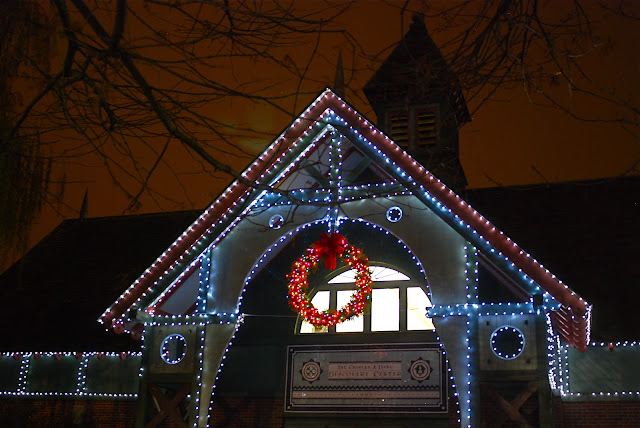 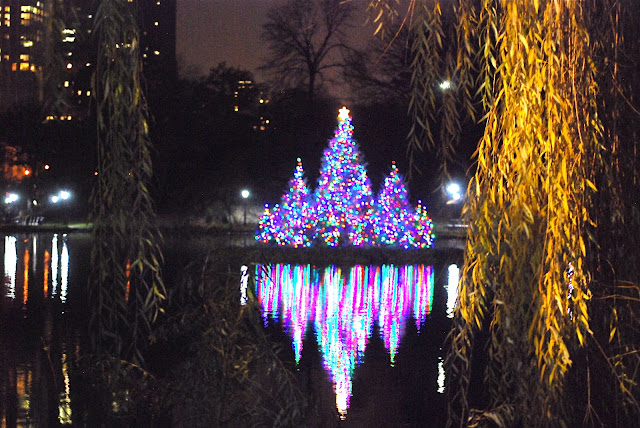 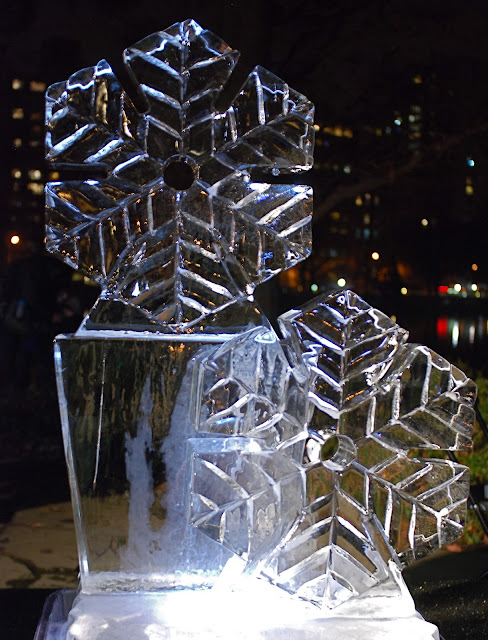 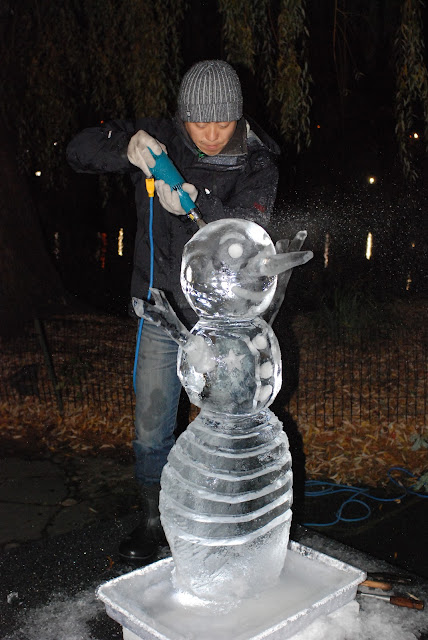 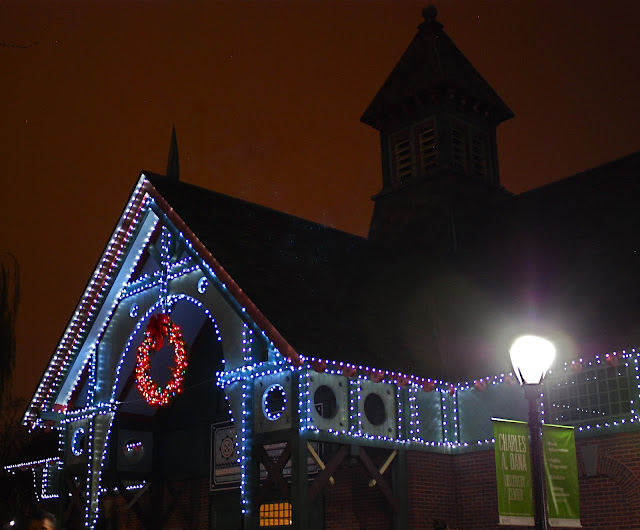 Lighting of the Charles A. Dana Discovery Center and a flotila of 13 trees on the Harlem Meer took place last night in the northeast corner of Central Park. The event was organized by the Women's Committee of Central Park Conservancy. The lighting was the culmination of the event that also featured Christmas carolers, ice sculpture demonstration, photo op with Santa as well as food and hot chocolate. The Charles A. Dana Discovery Center is located inside the north section of Central Park at 110th Street between Lenox and Fifth Avenue.

Central Park designers Frederick Law Olmsted and Calvert Vaux named the man-made body of water "the Meer" — Dutch for “lake.” The Harlem Meer is also a thriving wildlife habitat and home to fish, turtles, and waterfowl. The Christmas trees are on the little island on the meer. On the northern shore of the Meer stands the Charles A. Dana Discovery Center, a visitor center run by the Central Park Conservancy. The Victorian structure hosts free community programs, seasonal exhibits, and holiday celebrations like last night's lighting.
Posted by Noel Y. C. at 3:37 AM