An Auction for Photographs of the Human Hands 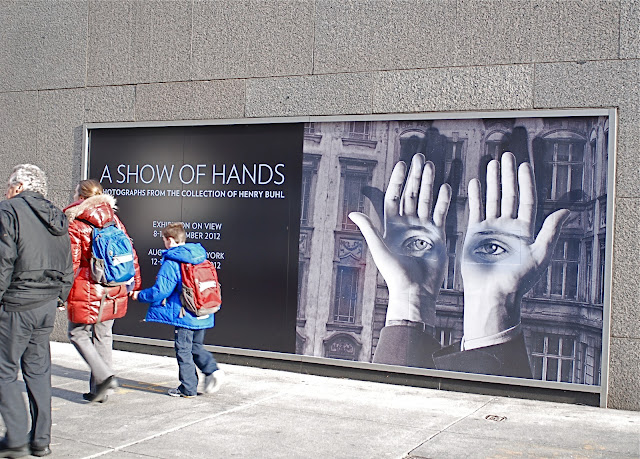 Sotheby’s New York recently featured "A Show of Hands: Photographs from the Collection of Henry Buhl." The collection explores the theme of the human hand, encompassing works from the art form’s early 19th century pioneers of the masters of 20th century photography and beyond. It was assembled over the course of 20 years by the visionary philanthropist and collector Henry Buhl. The exhibition took place from December 8-12, and the auction was on December 12-13. Shown above is the poster in front of Sotheby's featuring one of the pieces from the collection. The photograph is called "Lonely Metropolitan" (1932) by Herbert Bayer.