Children's Sculpture Garden and the Fountain of Peace 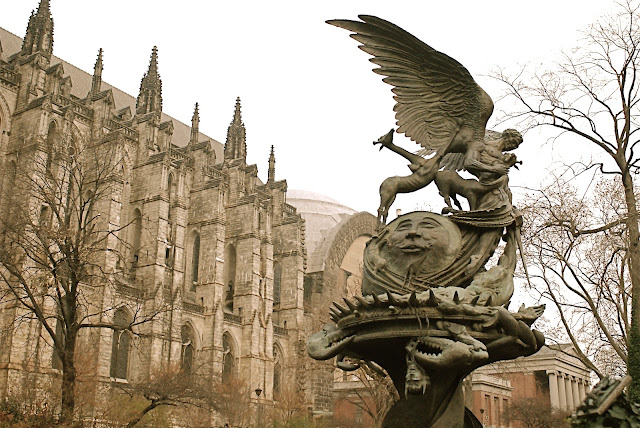 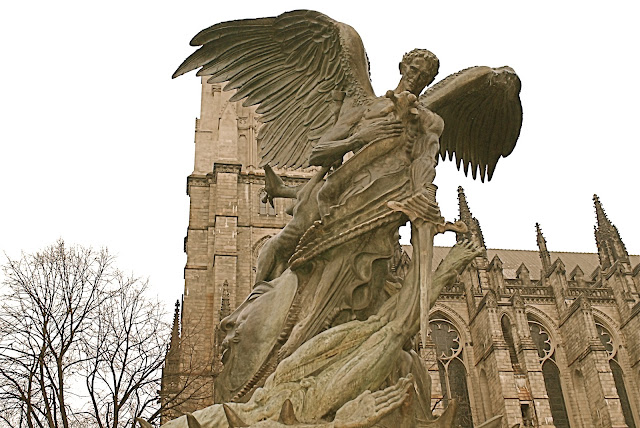 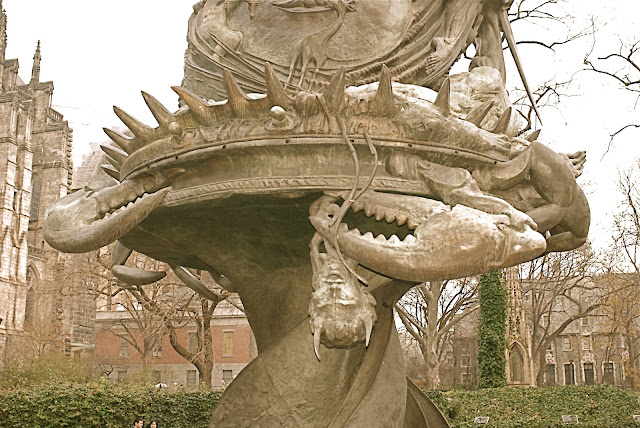 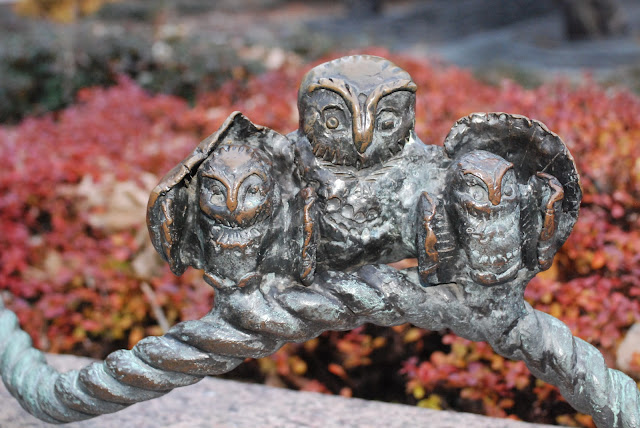 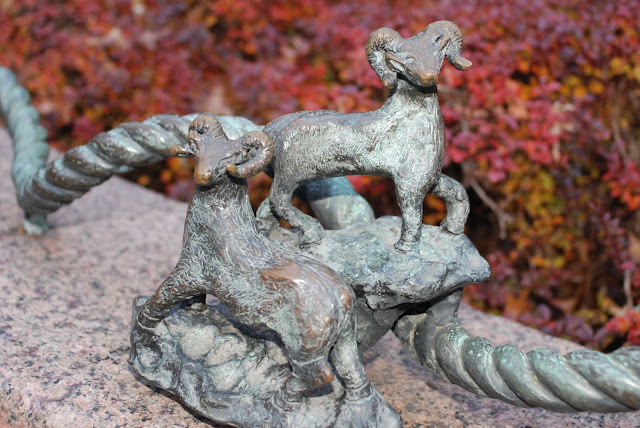 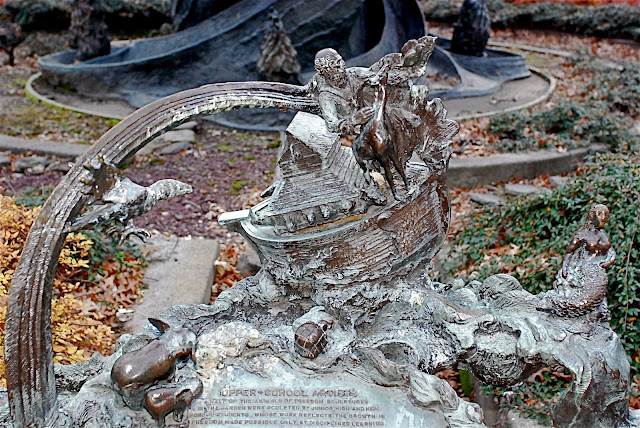 The Children's Sculpture Garden is located next to the Cathedral of St. John the Divine in the Morningside Heights of Manhattan. Within the garden are "Animals of Freedom" sculptures created by artists from kindergarten through high school that were selected in a public competition in 1985. The sculptures are placed around the ring of freedom. The centerpiece of the Children's Sculpture Garden is the "Fountain of Peace" sculpture by Greg Wyatt, sculptor-in-residence at the Cathedral. A plaque at the base has the following inscription:

Peace Fountain celebrates the triumph of Good over Evil, and sets before us the world's opposing forces—violence and harmony, light and darkness, life and death—which God reconciles in his peace. When the fountain operates, four courses of water cascade down the freedom pedestal into a maelstrom evoking the primordial chaos of Earth. Foursquare around the base, flames of freedom rise in witness to the future. Ascending from the pool, the freedom pedestal is shaped like the double helix of DNA, the key molecule of life. Atop the pedestal a giant crab reminds us of life's origins in sea and struggle. Facing West, a somnolent Moon reflects tranquility from a joyous Sun smiling to the East. The swirls encircling the heavenly bodies bespeak the larger movements of the cosmos with which earthly life is continuous. Nine giraffes—among the most peaceable of animals—nestle and prance about the center. One rests its head on the bosom of the winged Archangel Michael, described in the bible as the leader of the heavenly host against the forces of Evil. St. Michael's sword is vanquishing his chief opponent, Satan, whose decapitated figure plunges into the depths, his head dangling beneath the crab's claw. Tucked away next to the Sun, a lion and lamb relax together in the peace of God's kingdom, as foretold by the prophet Isaiah.
Posted by Noel Y. C. at 4:13 AM