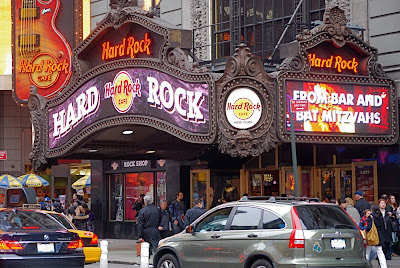 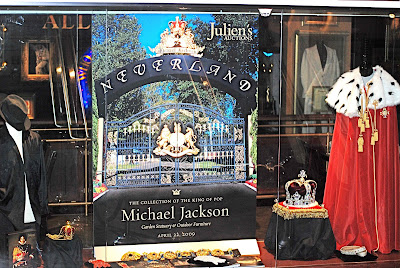 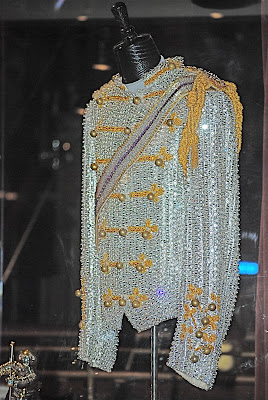 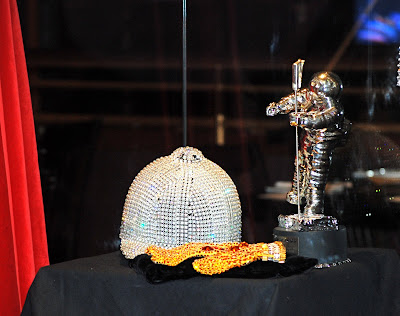 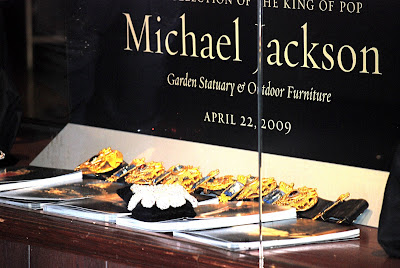 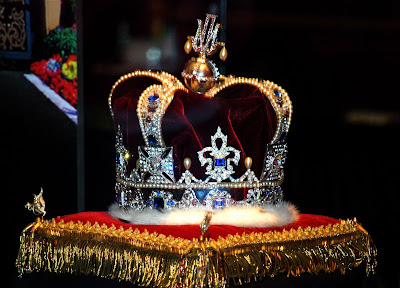 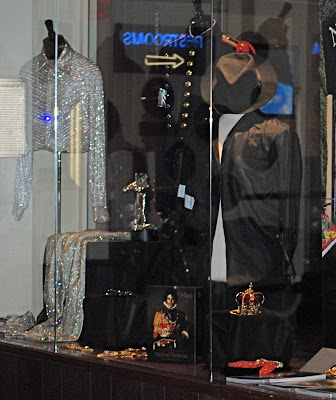 The self-proclaimed King of Pop MICHAEL JACKSON is selling off more than 2,000 personal belongings from his NEVERLAND RANCH estate at the Julien's Auctions sale in Beverly Hills. A preview of the auction items is being held from March 24th to 29th at the Hard Rock Cafe in New York. The sale itself will take place from April 22nd to 25th and will be broadcast on TV. I took photos of some of the memorabilia on display at Hard Rock Cafe.
Investors at the Sycamore Valley Ranch Co. - a joint venture between Jackson and an affiliate of Colony Capital LLC - agreed to take over the singer's $24.5 million debt on the property after Jackson failed to keep up with the $3 million-a-year running costs and were forced to sell the $25 million estate.
Items to be sold include a glittering white glove covered in Swarovski crystals that Jackson wore for a stage performance of Billie Jean, and the gates to the 120-acre ranch, which are expected to go for at least $20,000. Jackson's 1999 Rolls-Royce Silver Seraph limo, decorated in 24-karat gold, is expected to fetch another $140,000.
According to Julien's Auctions president Darren Julien, "Michael Jackson was a collector of everything. We've never seen a collection that is as extensive and eccentric as his." Jackson plans to donate a portion of the proceeds from the auction to MusiCares, a charity which aims to help musicians in need.
Posted by Noel Y. C. at 7:12 PM

i dont think that they should have even thought about selling his things . i think everything should go to his children because by giving away his things, your giving away their daddy . and that is last thing they need .