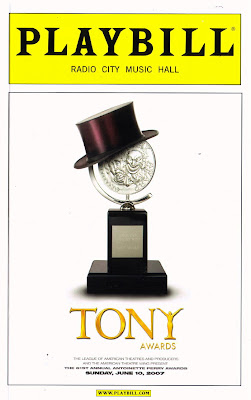 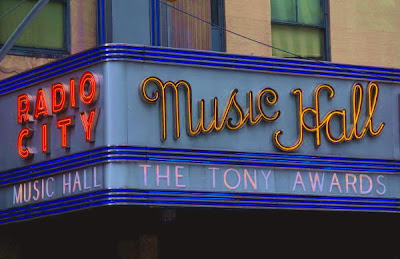 There’s a little bit of Broadway in everyone. That was the slogan for the 2007 Tony Awards broadcasted by CBS last night. I attended the awards night at the and although the whole ceremony ran for almost 4 hours, it's always fun and exciting. The opening number performed by the cast of the revival of A CHORUS LINE was dazzling, and so with numbers from all the nominated musicals. I especially enjoyed and was moved by RAUL ESPARZA’s rendition of “Being Alive” as well as American Idol turned Broadway star FANTASIA’s special performance. The audience went wild when JOHN GALLAGHER, JR., JULIE WHITE and CHRISTINE EBERSOLE and DAVID HYDE PIERCE won. Both SPRING AWAKENING and THE COAST OF UTOPIA racked up multiple awards with the latter setting a record for the most awards won by a play in Tony history. The TONY awards were voted on by 785 members of the theatrical community. The awards were founded in 1947 by the American Theatre Wing which now produces the show with the League of American Theatres and Producers.

The winners of the 61st Annual Antoinette Perry "Tony" Awards are: