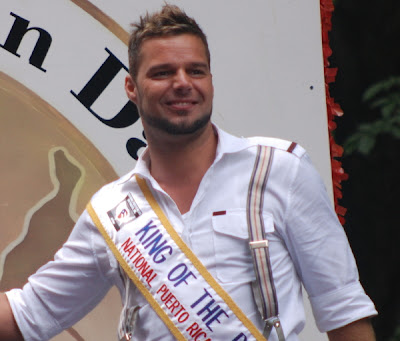 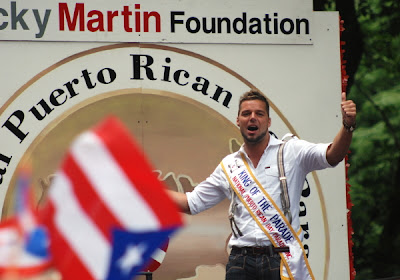 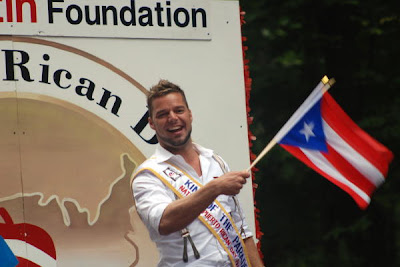 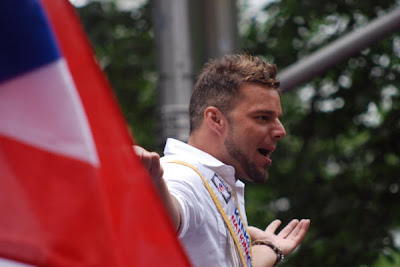 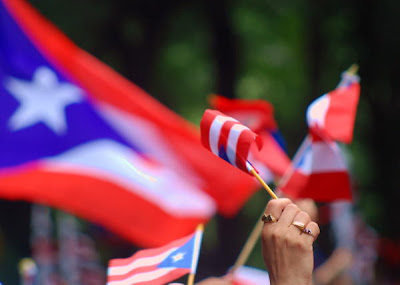 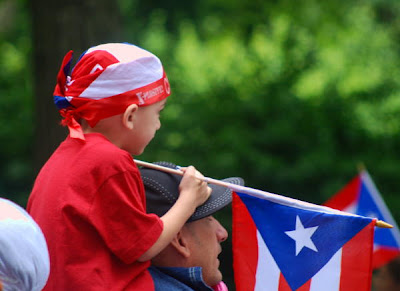 Today is the 50th annual Puerto Rican Day Parade celebrating Puerto Rican heritage. The parade started at at and and ran all the way up to . The festivities of the annual event included 100 floats, dozens of performers, celebrities, politicians, as well as the parade's first-ever "king", pop star RICKY MARTIN.

"The National Parade is the vehicle to promote to our town and culture at national level," said Madelyn Lugo, president of the parade organizing committee. "We have worked to show the efforts and contributions of our community to the American society."

Organizers estimate that more than 80,000 people lined Fifth Avenue to watch the parade. There are about 2.1 million Hispanics living in , and Puerto Ricans are the largest Hispanic group in the city, numbering 789,000, according to city figures. Puerto Rico is a US unincorporated territory with commonwealth status located in the northeastern Caribbean.