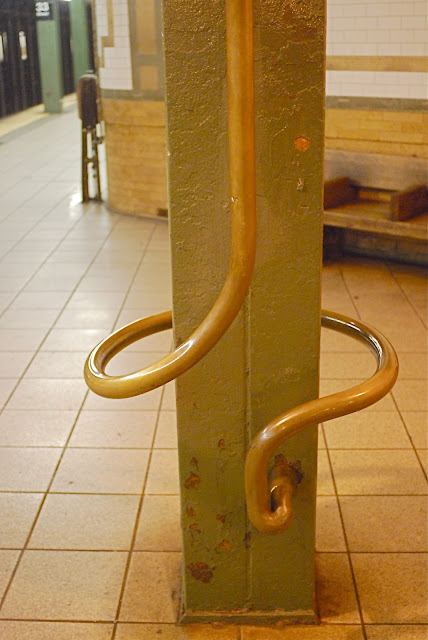 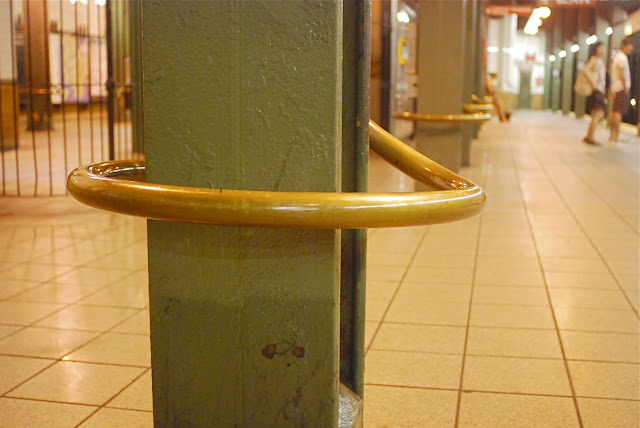 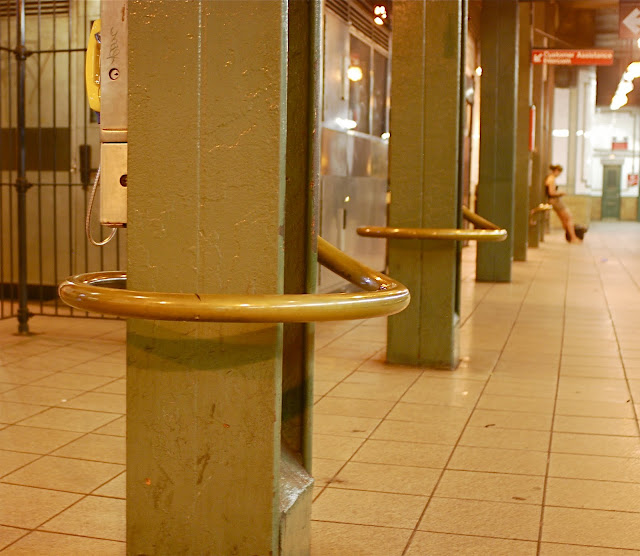 James Garvey was commissioned by the Metropolitan Transportation Authority Arts for Transit and MTA New York City Transit to create these forged bronze structures called "Lariat Seat Loops." These are located at the 33rd Street subway station. Created in 1997, the forged bronze loops around columns providing seating areas for subway riders while waiting for the train along the platforms. The artwork was fabricated by Koenig Iron Works, Inc.

In each, says artist James Garvey, "the thick bronze bar ... resembles the lasso demonstration in a Will Rogers film clip." Useful and decorative, some loops serve as handholds and others as seat rests. Each bar swells where it touches the surface and is attached to the column with custom-forged bolts.
The Loops were handmade and individually crafted in Garvey's forge in Harlem. Describing the work, he said, "I look at the lariat loops almost as earrings, as ornaments that adorn the architecture and add a little flair to the space. My aim is to put inspiration into routine treks and refresh people caught up in mundane thoughts." (information from the subway caption and the MTA website)
Posted by Noel Y. C. at 3:42 PM