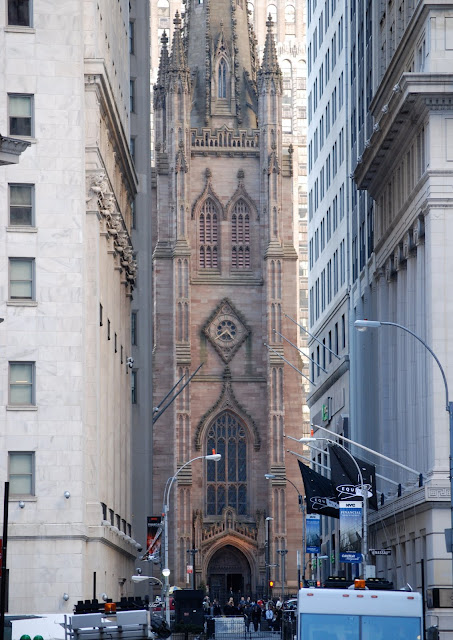 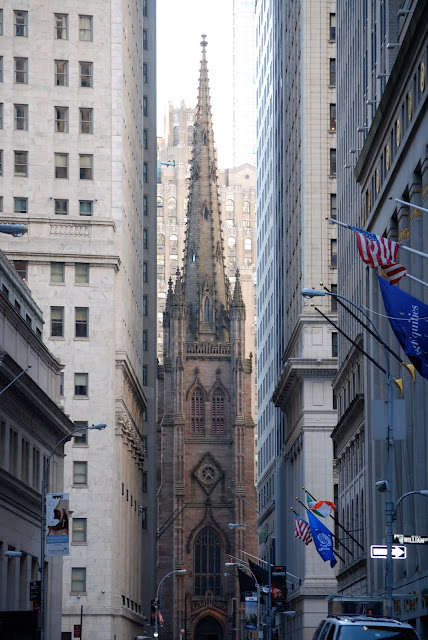 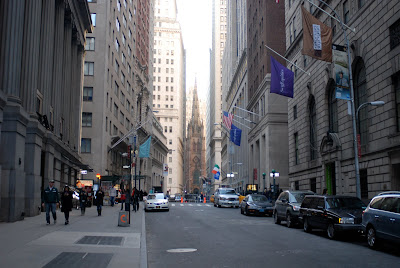 Located in Lower Manhattan, at the intersection of Broadway and Wall Street, TRINITY CHURCH was designed by architect RICHARD UPJOHN in Neo-Gothic style. The church was consecrated in 1697 with a grant from King William III of England. The photos above were taken from Wall Street.
From nyc-architecture.com
Prominently located at the terminus of Wall Street on land granted to the congregation by the British crown, this Anglican church has served as an urban landmark since the 19th century. The third church to stand on this site, the current Trinity Church was built by an English cabinet maker who immigrated to the United States and became a leader of the American Gothic Revival. The basilica plan church is built in the English Perpendicular Gothic Style of the 14th century, signaling the arrival of Gothic Revival ideals brought from England to New York in the mid 19th century. The church's stained glass windows recall medieval models, while its ornate bronze doors echo the doors of Florence's Renaissance Baptistry. The use of brownstone signals a popular interest in locally available materials.
Posted by Noel Y. C. at 3:51 PM