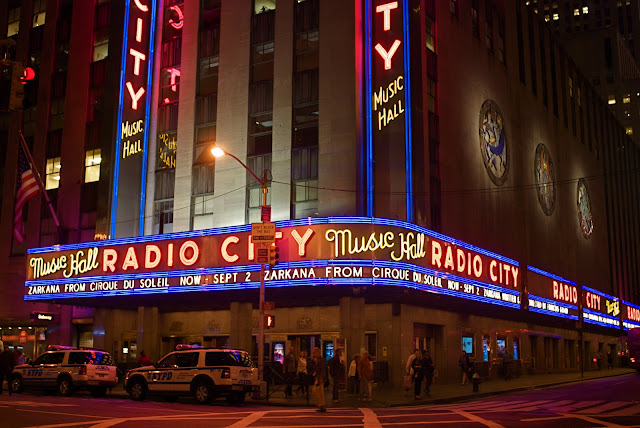 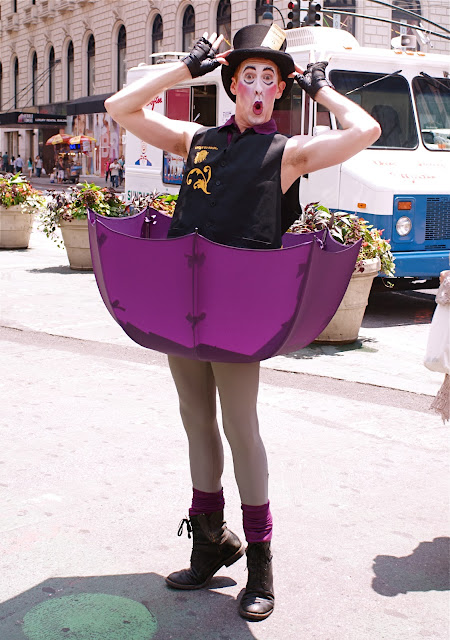 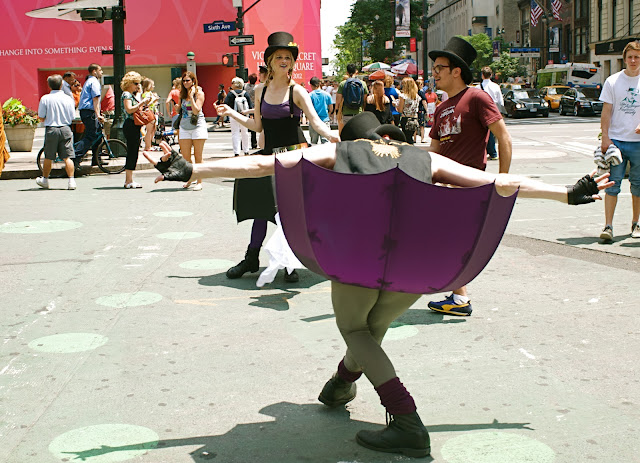 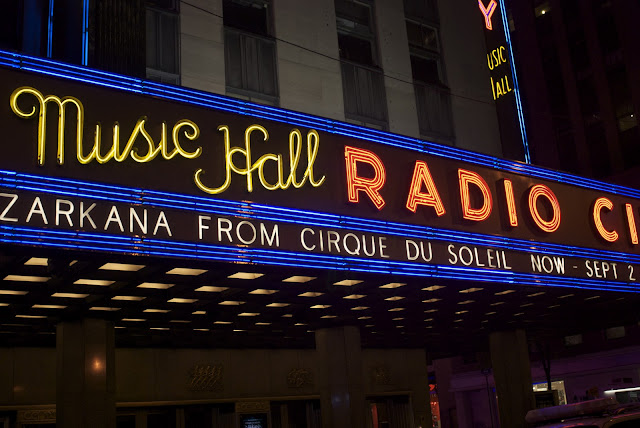 Zarkana, the surreal acrobatic spectacle from Cirque du Soleil, has returned to New York. It began performances on June 6 at the legendary Radio City Music Hall for a limited engagement through September 2 only. Written and directed by François Girard, Zarkana, is an acrobatic spectacle that blends circus arts with the surreal to create a world where physical virtuosity rubs shoulders with the bizarre. Zarkana is a visual vortex set in a slightly twisted fantasy universe where, little by little, chaos and craziness give way to festivity and love regained. The diverse cast of more than 75 international artists transports the audience into a world of fantasy and suspense, blurring the line between reality and imaginary. Street team/flyer distributers for Zarkana have been spotted in different parts of the Manhattan like Herald Square where the photos above were taken.