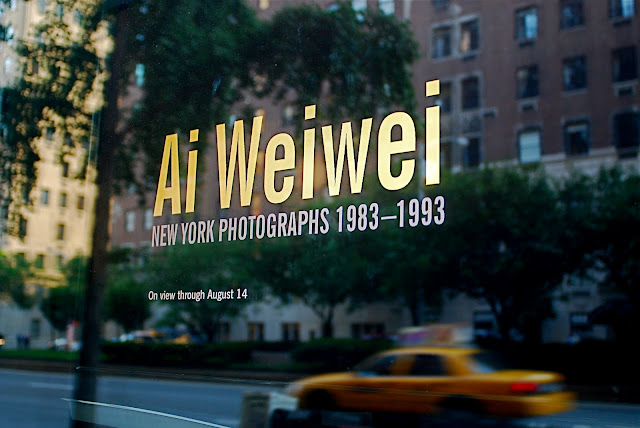 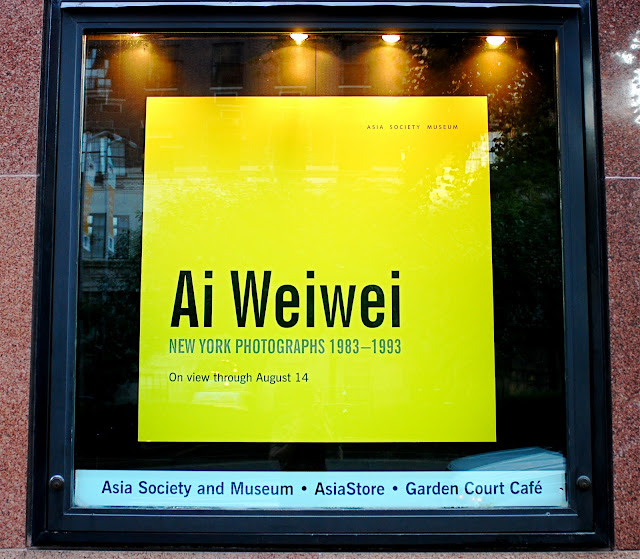 Ai Weiwei's early New York Photographs (1983-1993) are currently on exhibit at the Asia Society and Museum . The photograph collection chronicles New York City in the 1980's and early 1990s when Weiwei was living in the East Village. The black and white images depict avant-garde scenes, including poetry readings and riots in Tompkins Square Park, as well as self-portraits of the artist and photos of other renowned figures. Ai Weiwei's photo exhibit runs through August 14. Asia Society is located at 725 Park Avenue between 70th and 71st Streets.
Ai Weiwei is a prominent Chinese conceptual artist and outspoken critic of the Chinese government. His arrest on April 3, 2011 spawned international demonstrations and rallies. He has been recently released from jail but is banned from talking to the media or even posting on Twitter as a condition of his release.

The photos above were taken from the windows of the Asia Society where a few photos are being projected.
Posted by Noel Y. C. at 8:11 PM