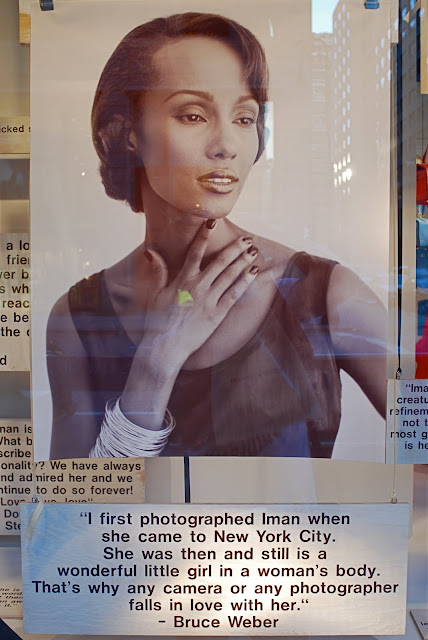 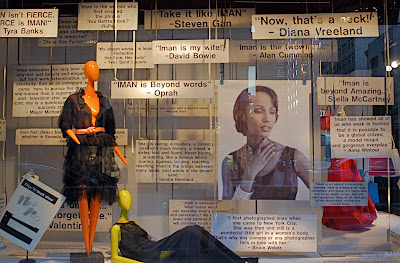 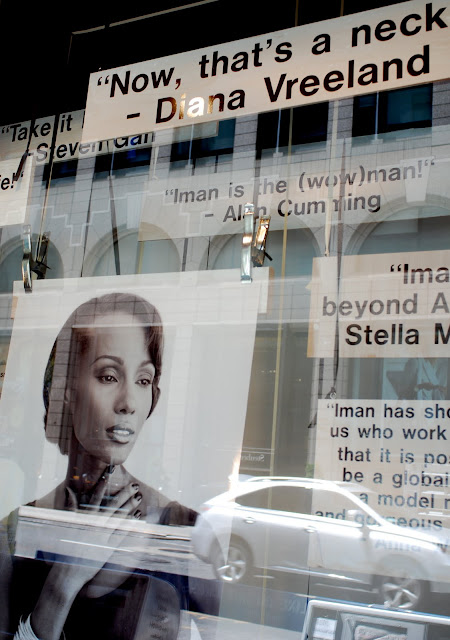 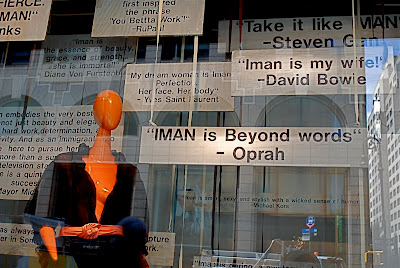 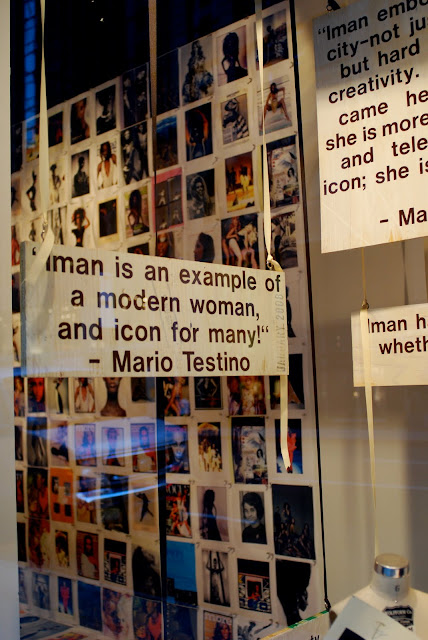 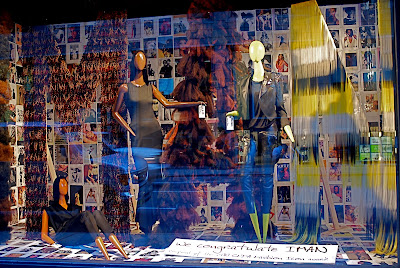 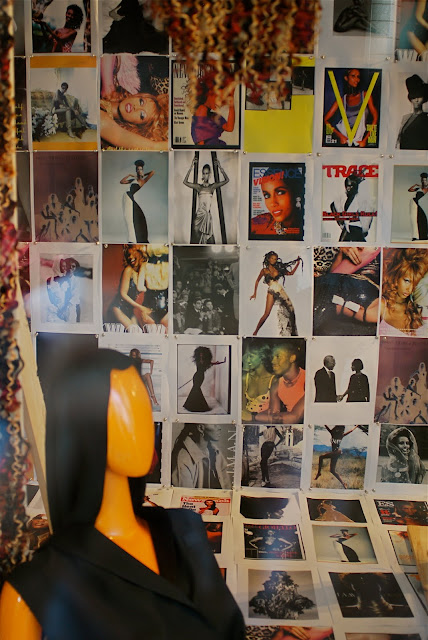 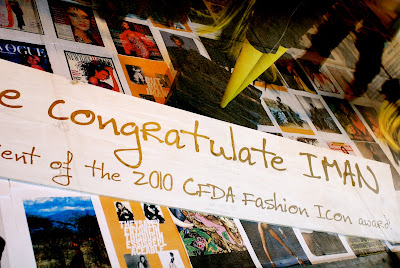 Fashion model, actress and entrepreneur, IMAN will be honored by the Council of Fashion Designers of America with the Fashion Icon Award on June 7 at Lincoln Center. To celebrate the honor, Simon Doonan, creative director of BARNEY'S New York installed a window display tribute to IMAN. The windows feature a Bruce Weber portrait of the fashion icon, quotes about her from artists and style personalities, photographs and collages.
Born in Mogadishu, Somalia, Iman is the daughter of Marian and Mohamed Abdulmajid, a former Somali ambassador to Saudi Arabia. She is a supermodel and a muse for many fashion designers, an occasional actress, and an entrepreneur. She is active in several charities. Married to British musician, David Bowie, Iman and her family reside primarily in Manhattan and London.
Posted by Noel Y. C. at 3:45 AM

very nice of Barney's to do that! such a tribute!!