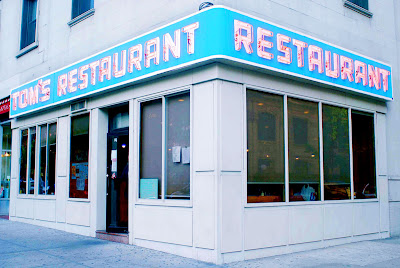 When I visited the Morningside Heights campus of Columbia University recently, I made an image of a diner nearby called TOM’S RESTAURANT. It is located at Broadway and 112th Street. It became a popular draw for tourists because this restaurant was used for exterior shots of the diner scenes in the popular TV sitcom SEINFELD. The show recently ranked the second biggest earner in TV syndication, 10 years after the last episode aired.
2880 Broadway
New York City, NY 10025-7848
+1 212 864 6137
Open Hours
6a-1:30a Su-W, 24-hrs Th-Sa
Posted by Noel Y. C. at 7:33 PM