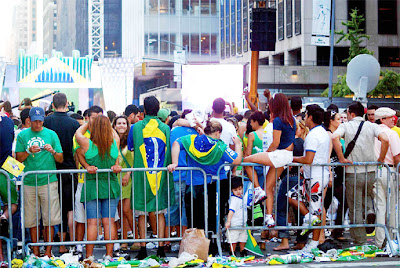 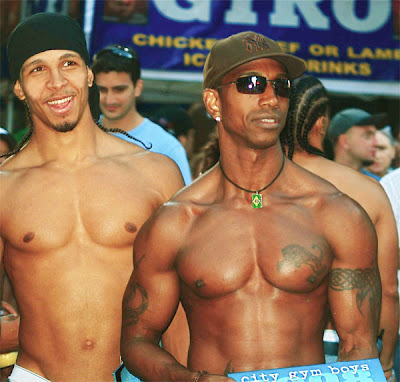 Today is the 23rd Annual Brazilian Day Festival celebrating Brazilian Independence from Portugal which occurred on September 7, 1822. The street festival was held at 46th Street from 5th to 6th Avenues and featured traditional Brazilian food and live music. Above are photos of part of the crowd that filled 6th Avenue, as well as men from a group called City Gym Boys who were at the festival to promote their calendar. City Gym Boys is a team of bodybuilders from the inner city dedicated to mentoring young men and women on the lifelong benefits of fitness and exercise. Founded in 1997 by Charles La Salle to reach young men and women in the New York City area, the group's mission is "to help eliminate the onset of obesity, particularly among African-Americans and Latino’s in the inner city, by getting teens hooked on working out."
Posted by Noel Y. C. at 8:04 PM

best party in the world!!