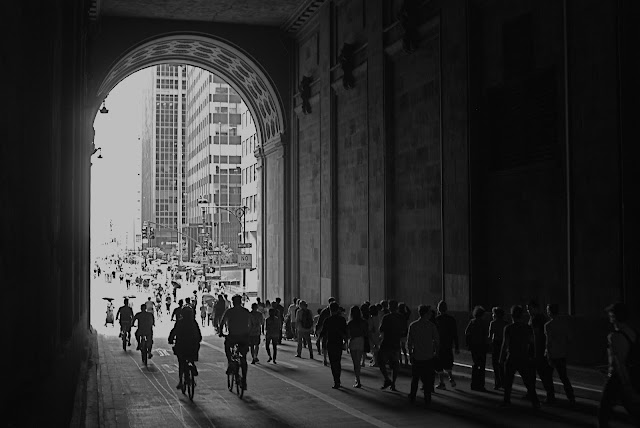 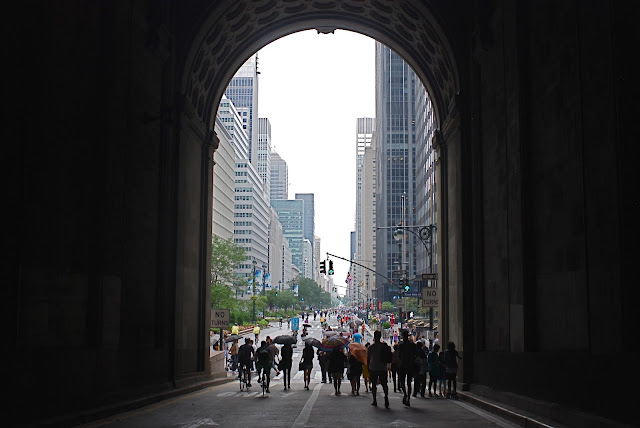 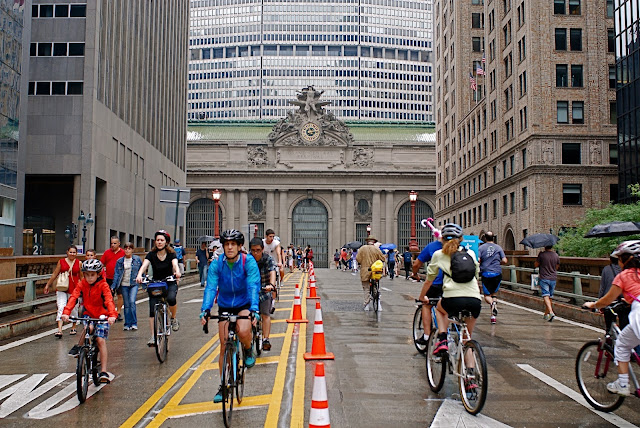 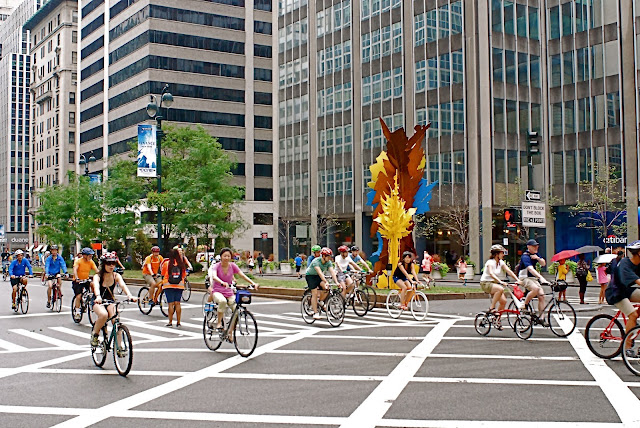 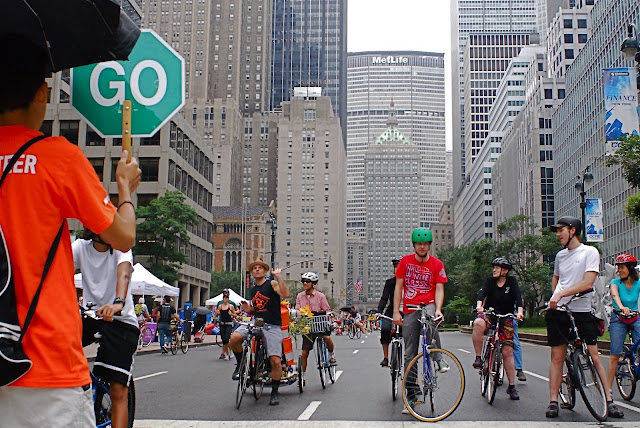 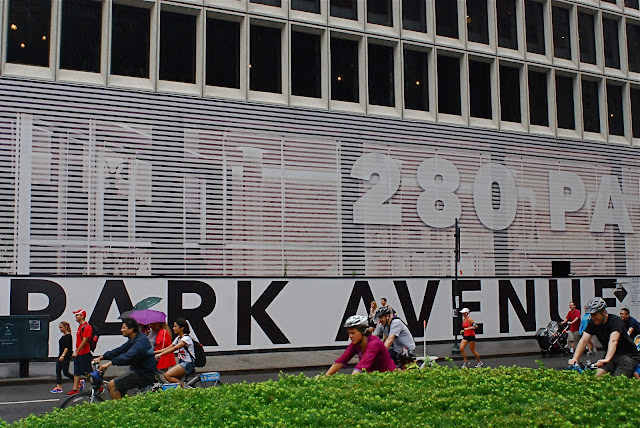 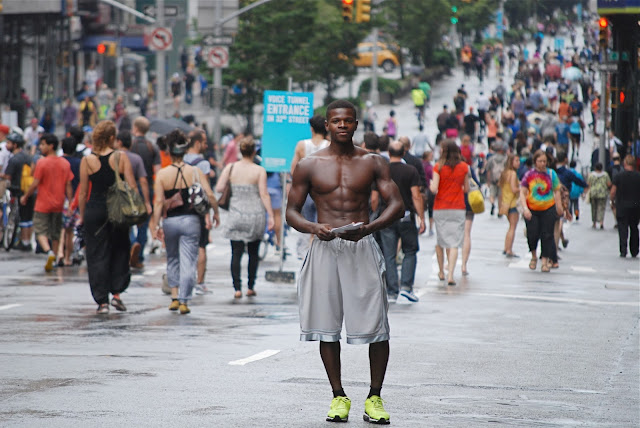 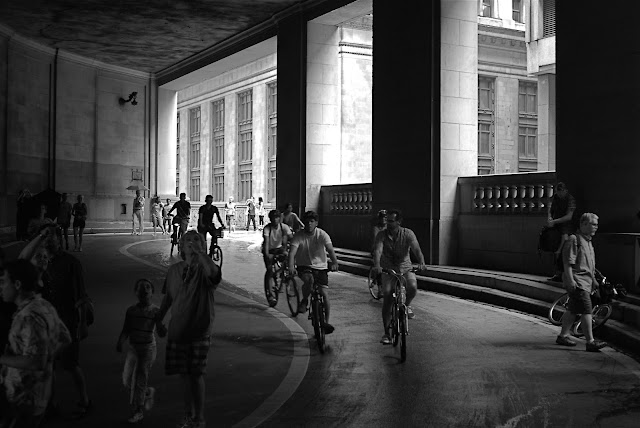 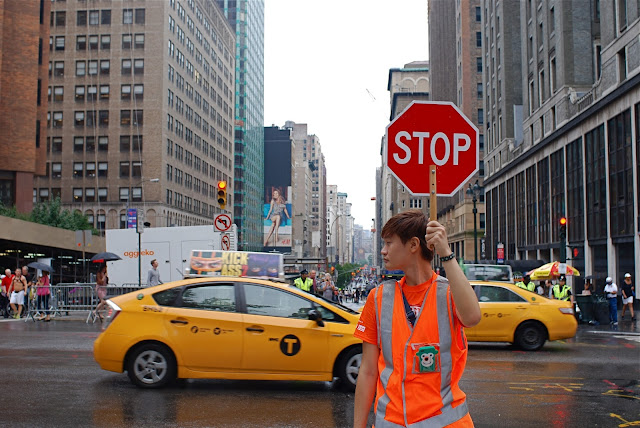 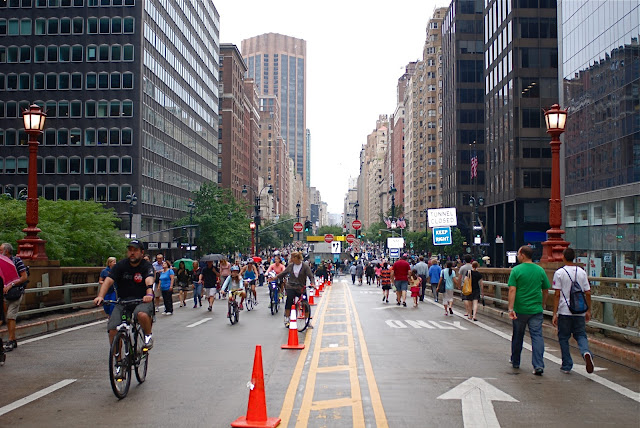 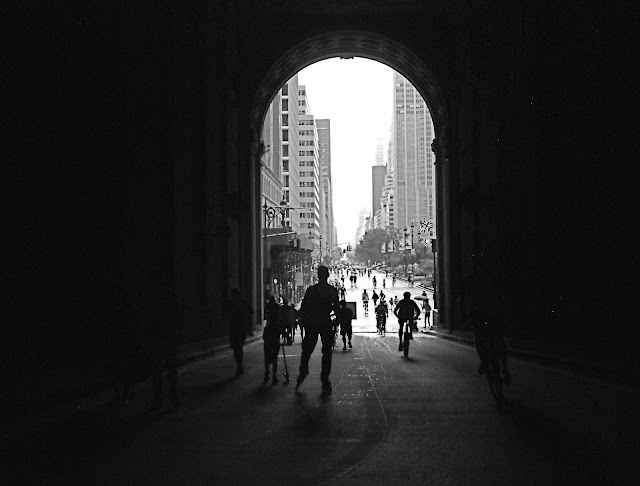 Summer Streets, an annual street event when pedestrians and cyclists take over some streets of Manhattan began today. On three consecutive Saturdays in the summer, nearly seven miles of Manhattan's streets are opened for people to play, walk, bike, and breathe. Summer Streets provides space for healthy recreation and encourages New Yorkers to use more sustainable forms of transportation. The event is part bike tour, part walking tour, part block party, part art show, and a great time for walking, jogging, running, people watching, or just enjoying summer mornings. Today, thousands came out to participate even though there were periods of light rain. The event runs from 7:00 AM to 1:00 PM. Summer Streets extends from the Brooklyn Bridge to Central Park, along Park Avenue and connecting streets, with easy access from all points in New York City.
Posted by Noel Y. C. at 1:33 PM

"Some Streets": Summer Streets extends from the Brooklyn Bridge to Central Park, along Park Avenue and connecting streets, with easy access from all points in New York City.

Bullshit, and a total waste of tax $. Simply a scam to tow cars and raise $ for the city. Along with the disasterous city bike project, with millions more in resultant lawsuits to come - thanks Bloomberg, for handing it to your peeps...

Did you just walk or bike too?
Nice variety of shots.

Curiosity . . . approx. how many shots do you take per day on average?

I just walked, Alice. I take photos mostly during weekends. On average, I would say 30-50 shots, most of which I delete later on because I'm not happy with them. The number of shots depends on whether I'm inspired or not.