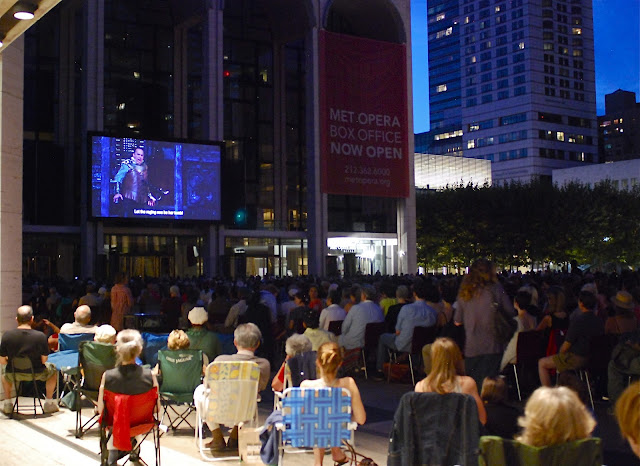 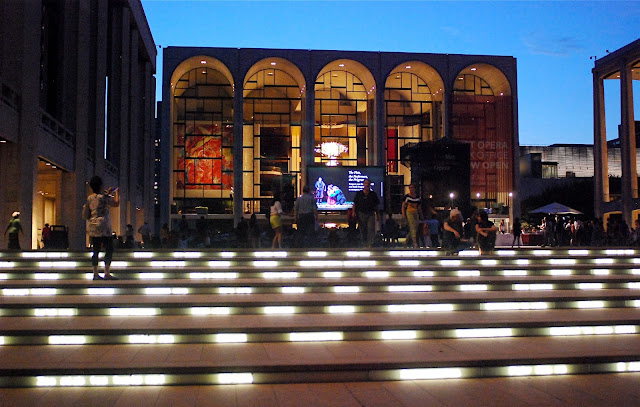 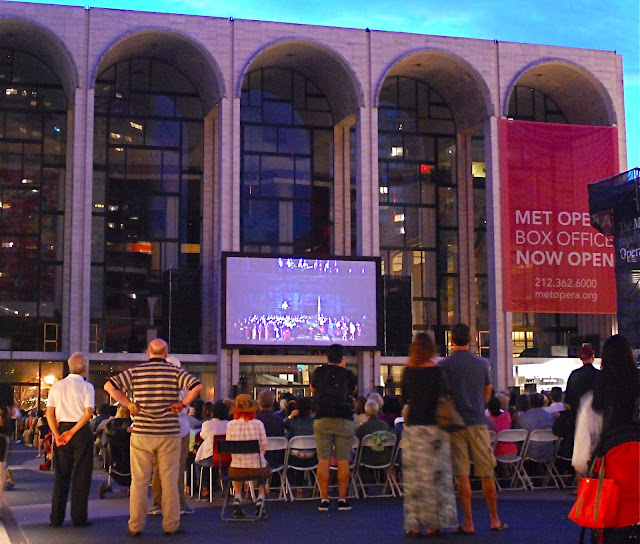 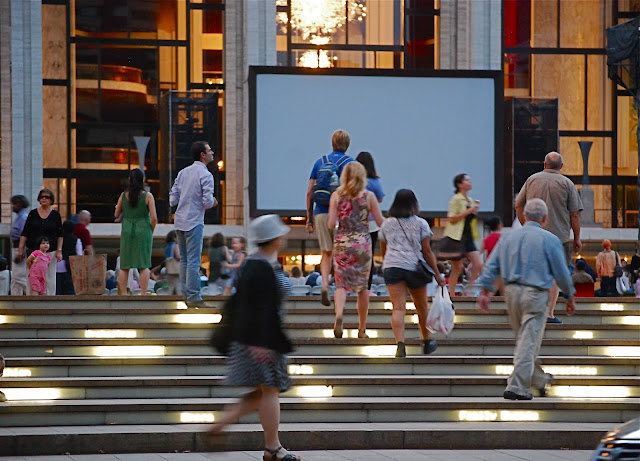 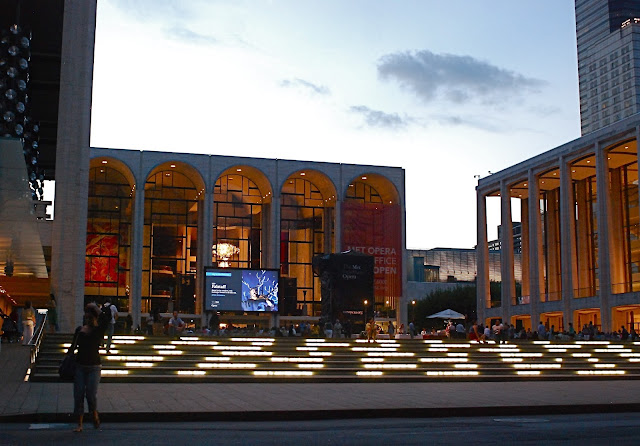 The Annual Metropolitan Opera Summer HD Festival has returned for 10 nights. It started August 24, 2013, with HD screenings of some of the most beloved operas. Shown on a big screen in the Lincoln Center Plaza, opera fans  have an up-close and personal view of not only a performance from the Metropolitan stage, but also a backstage glimpse of what goes on between each act. There are 3,100 seats available and each screening is free.
This year's schedule is as follows:

anyone know how early you need to get there to ensure a seat?

I would say an hour before the show.

you think an hour is sufficient? great, thanks very much!

I was there last night at 7, and there were empty seats. That was my basis for my response. However, the popularity of a particular program could be a factor so bear that in mind. If you really want to ensure a seat, be there much earlier.