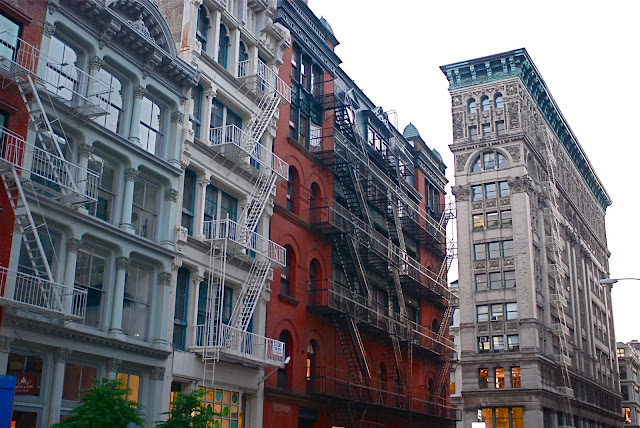 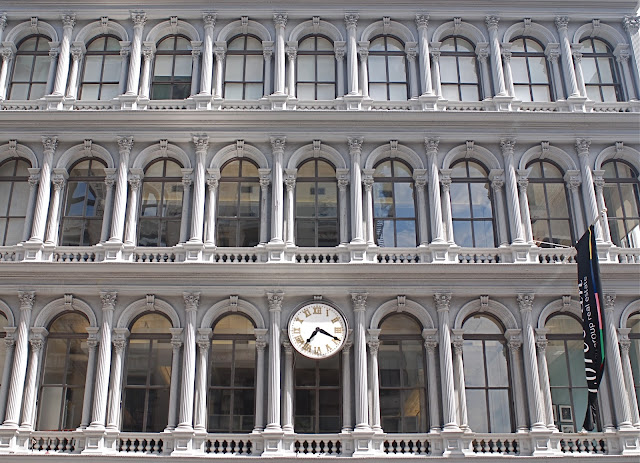 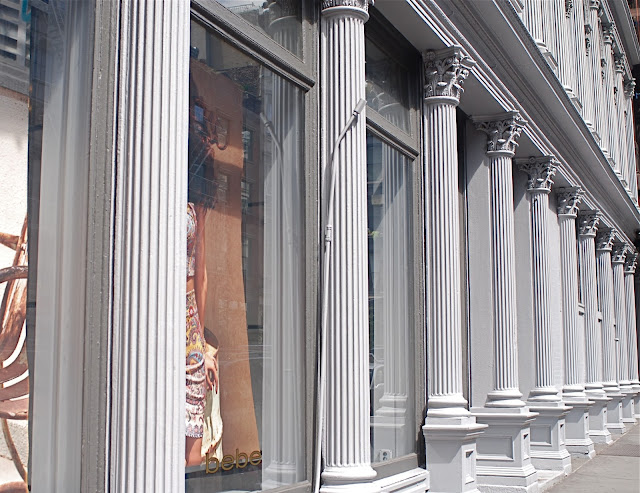 SoHo is the former manufacturing district south of Houston Street (and bounded on the east by Lafayette Street, on the west by the Hudson River and to the south by Canal Street). The neighborhood is characterized by Belgian block streets and cast iron–facade buildings with enormously high ceilings—made to accommodate manufacturing equipment—and gargantuan windows, built to flood the floors with sunlight in the otherwise dimly lit gas-lamp days. Beginning in the 1960s and lasting through the 1990s, the district was the live/work playground of many of the city's most famous artists. Today those glorious 19th-century buildings, are occupied by retail stores and some are co-operative apartments, such as the beautiful building in the top photo (right) which is also known as Haggin Building, Silk Exchange Building, or the French Telegraph and Cable Building.
Posted by Noel Y. C. at 4:38 AM

Sometimes you show noisy pictures . . . where we can actually "hear" the beat of the city.
. . . and other times . . . they are so peaceful, even though, I'm sure, YOU remember the noise as you framed them.

Great architecture - great photos Noel. Capturing the atmosphere as always and a great potted history of the area. Just enough to whet my appetite and wish I was there to see it all for myself. JanUK