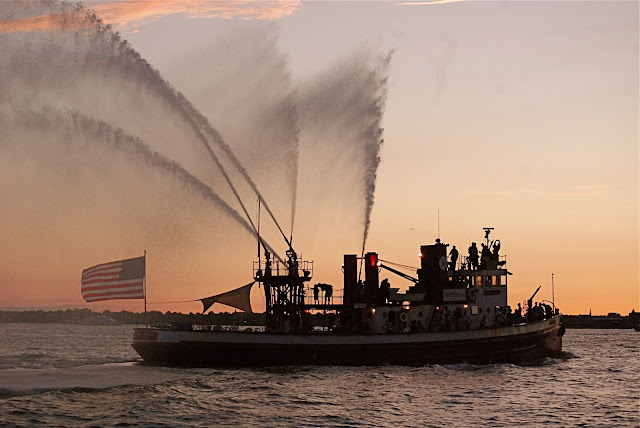 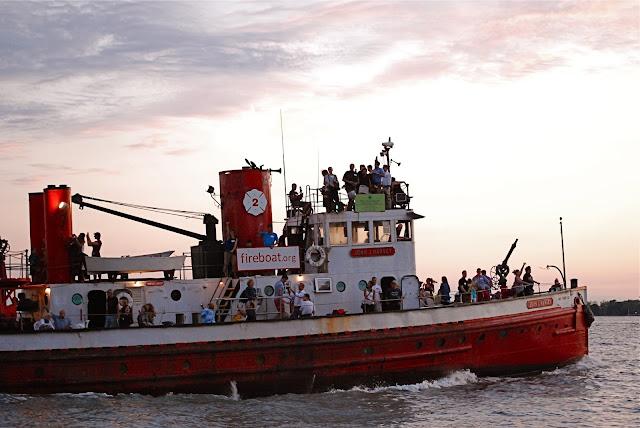 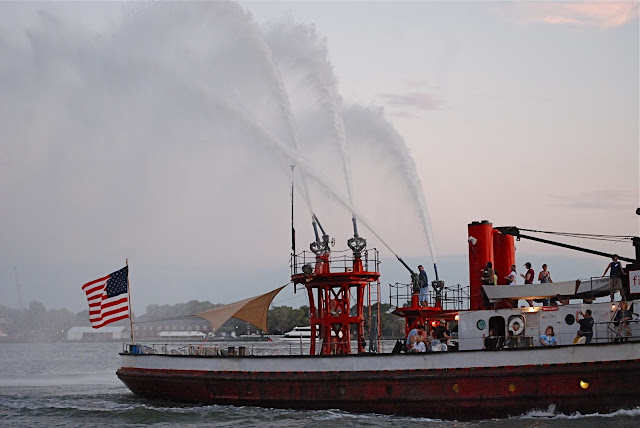 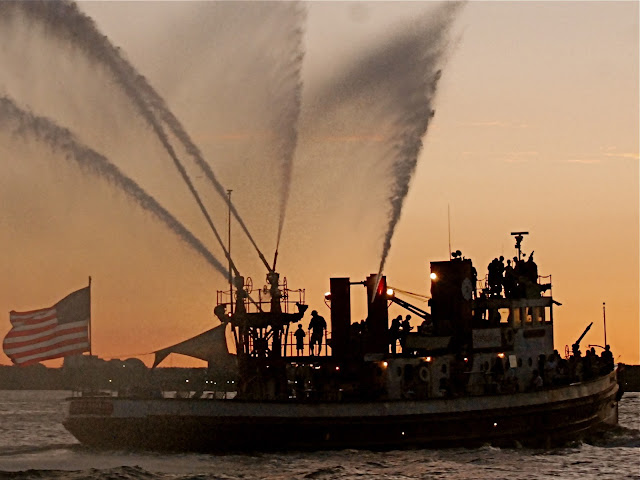 The John J. Harvey is a fireboat formerly of the New York City Fire Department. Built in 1931, John J. Harvey is among the most powerful fireboats ever in service, capable of pumping up to 18,000 gallons of water a minute. John J. Harvey had a distinguished career in the FDNY, assisting in such notable fires as the Cunard Line pier fire in 1932, the burning of the Normandie in 1942, and the ammunition ship El Estero during World War II. She served the FDNY until her retirement in 1994. She was named after marine fireman John J. Harvey who was killed when a ship exploded during a fire. The Harvey was sold in 1999 to a private consortium of marine preservationists determined to prevent her from being scrapped. During the terrorist attacks on the World Trade Center on September 11, 2001, the boat's owners asked FDNY officials for permission to assist in evacuations from Ground Zero. Alongside two other FDNY fireboats, John J. Harvey pumped water at the site for 80 hours, until water mains were restored. The National Trust for Historic Preservation gave theHarvey a special National Preservation Award to recognize this incident. The Harvey's story was the subject of a 2002 book called "Fireboat: The Heroic Adventures of the John J. Harvey" by Maira Kalman. The fireboat takes irregular but frequent free public trips, sponsored by the owners, in New York harbor. In addition, Magnificent harbor displays are frequent in warm weather. Information from Fireboat.Org.
Posted by Noel Y. C. at 4:39 AM