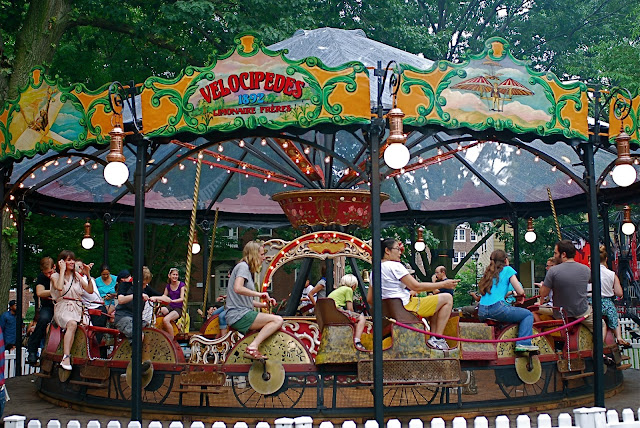 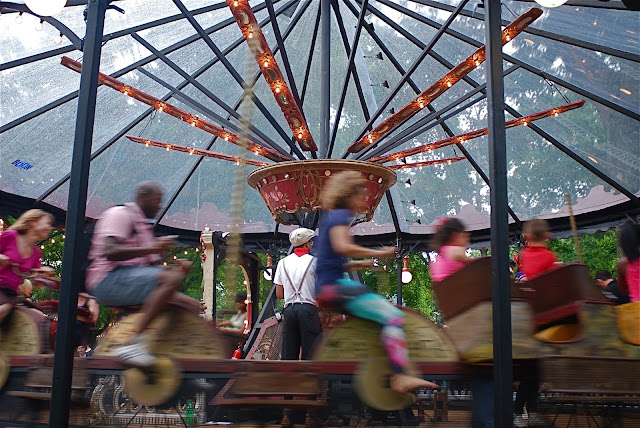 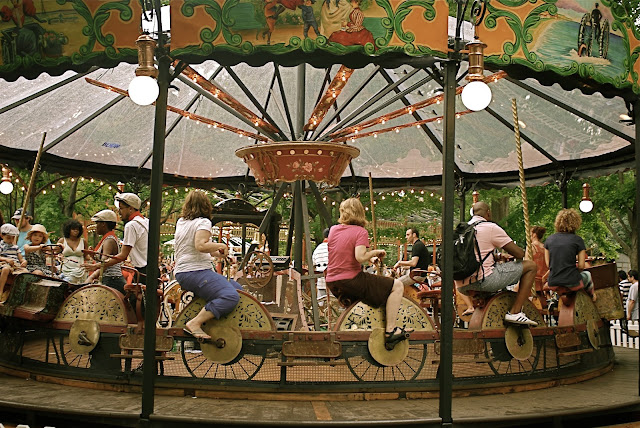 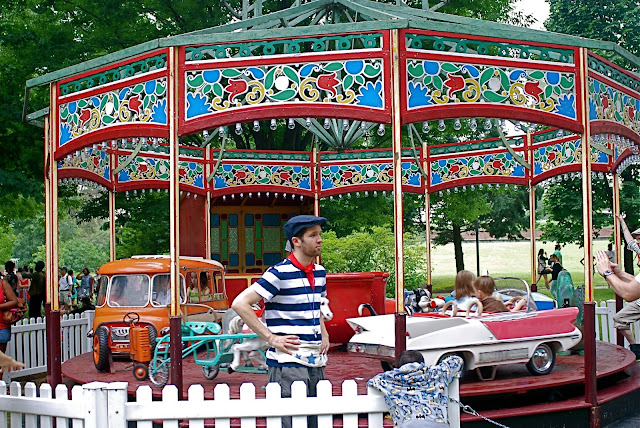 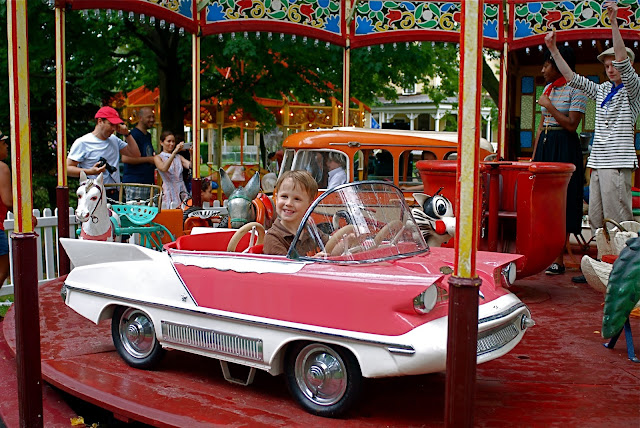 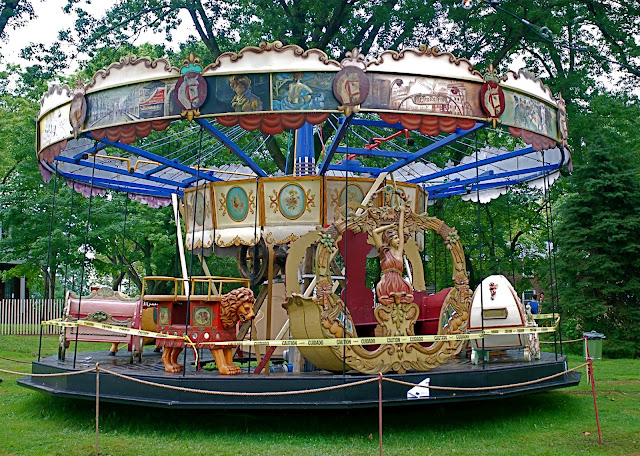 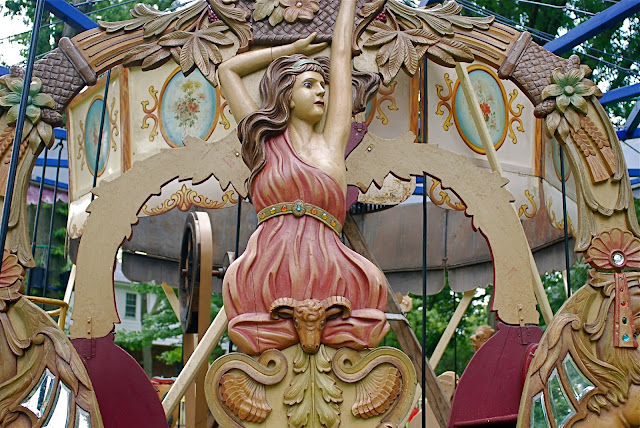 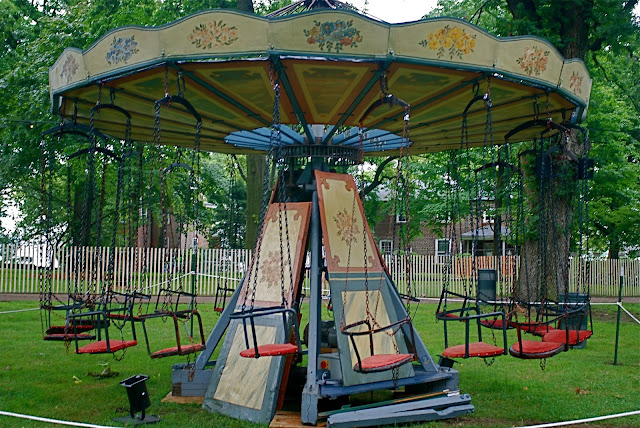 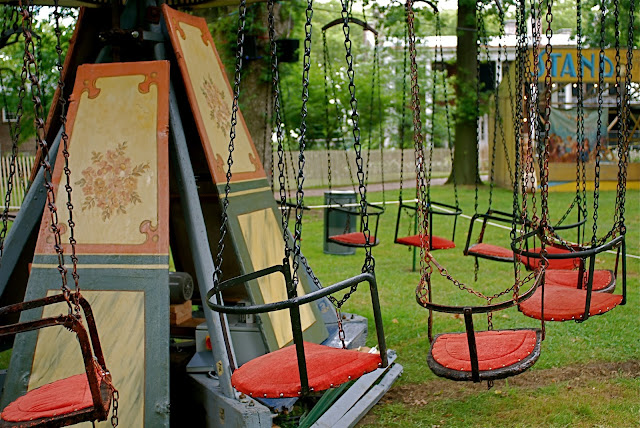 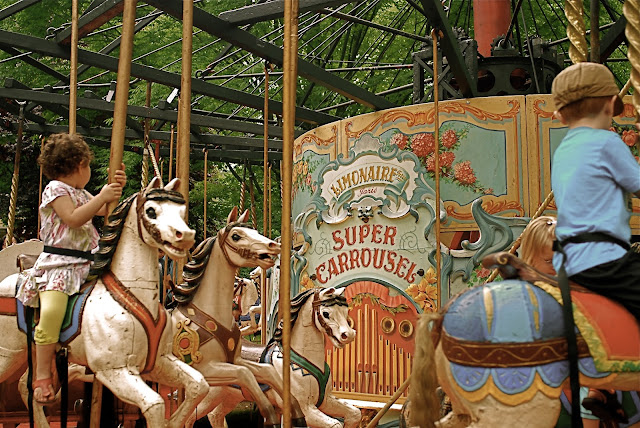 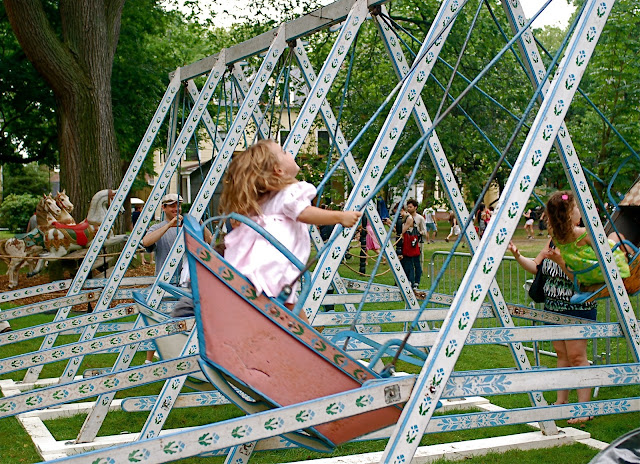 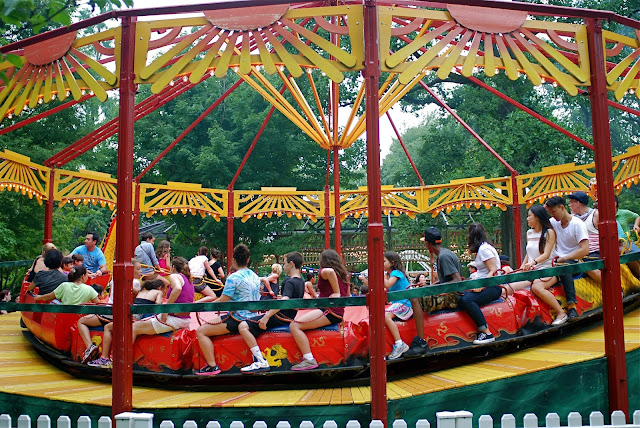 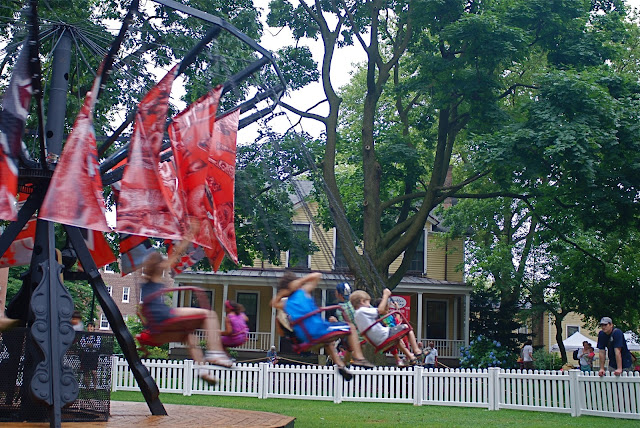 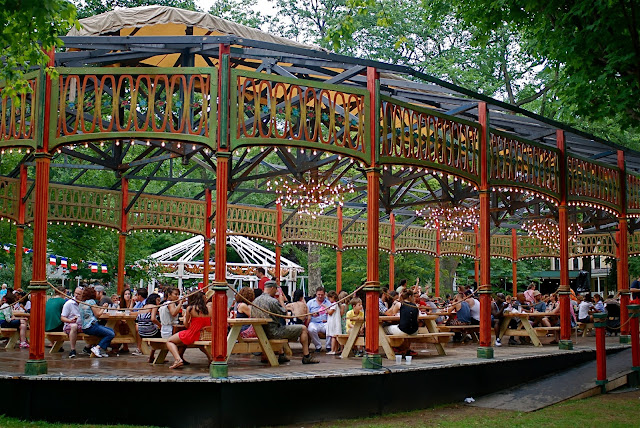 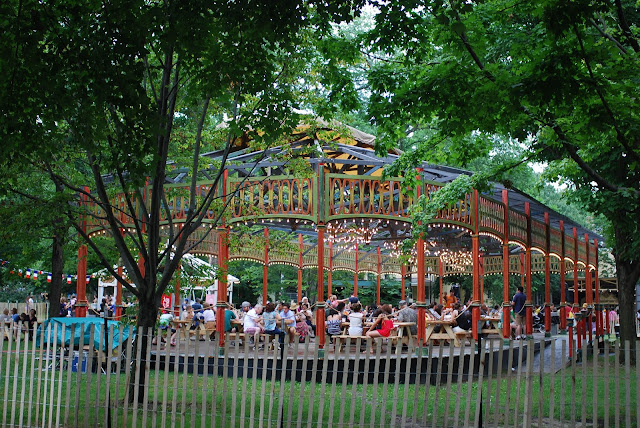 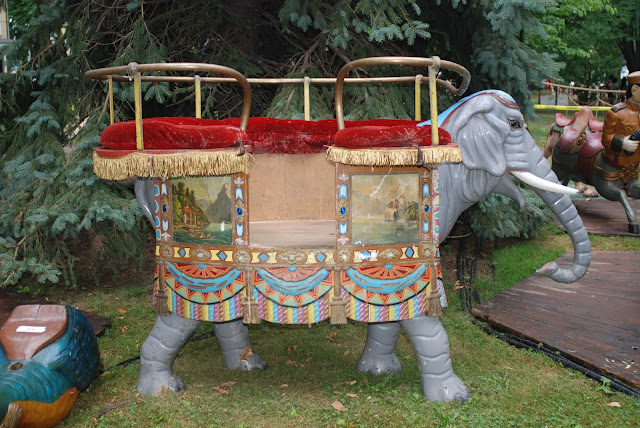 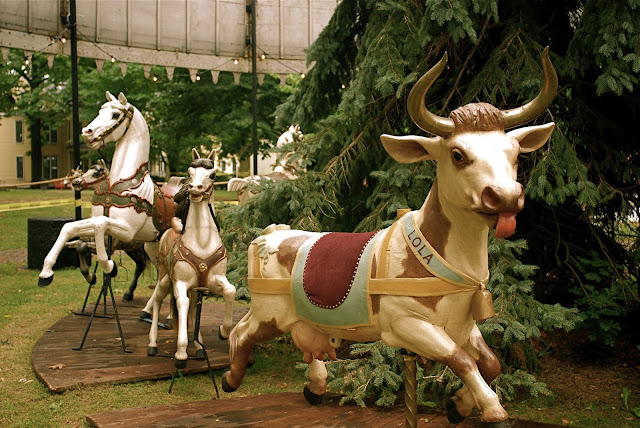 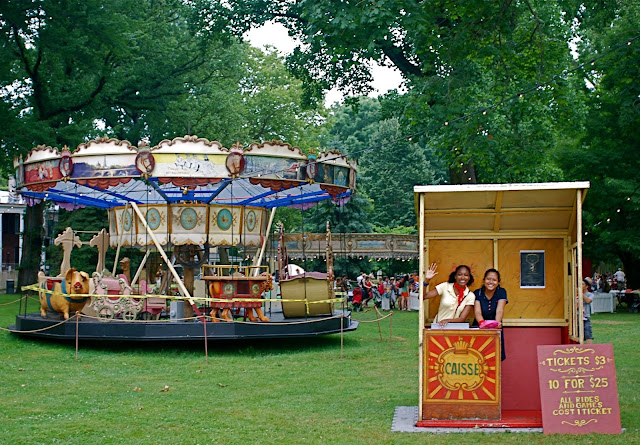 Fête Paradiso, the world's first festival of vintage French carnival rides and carousels, made its American debut on Governor's Island last Saturday. The collection includes attractions from the late 19th and early 20th century, including carousels, flying swings and a pipe organ. Some of the rides are for display only. The Velocipedes is a favorite ride for visitors and quite appropriate for Governor's Island being a "biking oasis" of the city. A bumper car pavilion from 1900 has been transformed into a beer garden, and French carnival-inspired food items are also available. Organizers here say the carousel was the first "social networks," and interestingly enough, they say they were originally designed just for adults. Carousels for families came later. The rides are $3 each. The Governors Island ferry ride is free from the Maritime Building in Battery Park and from Brooklyn Bridge Park's Pier 6. The festival is open every Saturday and Sunday from 10 AM – 6:30 PM from July 13 – September 29.
Posted by Noel Y. C. at 4:05 AM

You've taken me back to memories of my childhood Noel - love those photos! JanUK

Seems like YOU had a fun and festive day!

Thanks, Jan. I had a grand time just being there and I really enjoyed the looking at the vintage rides.