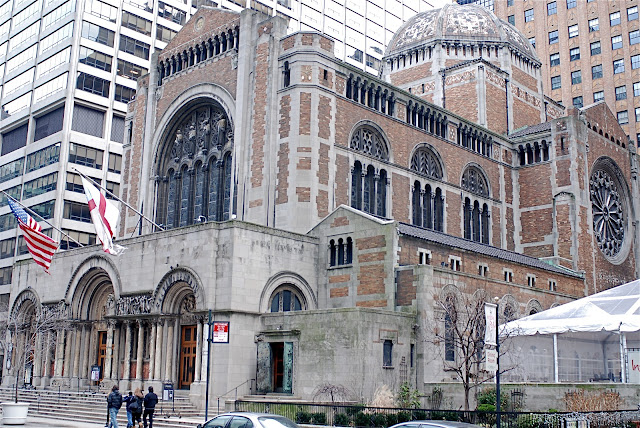 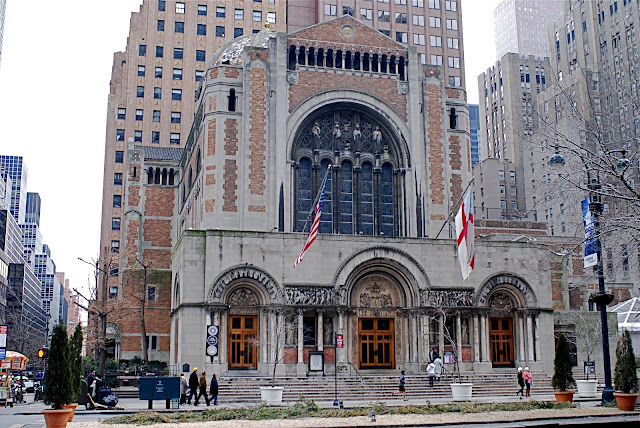 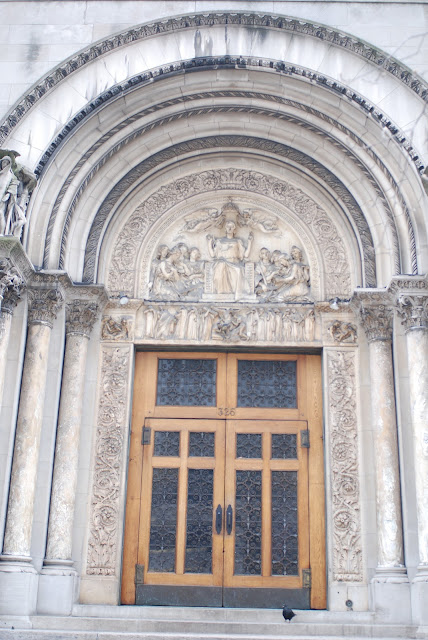 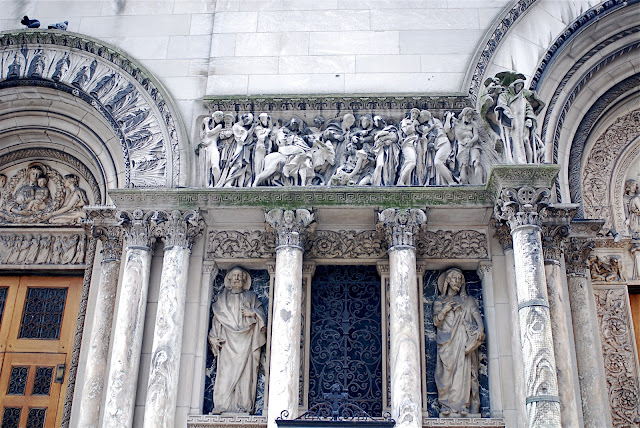 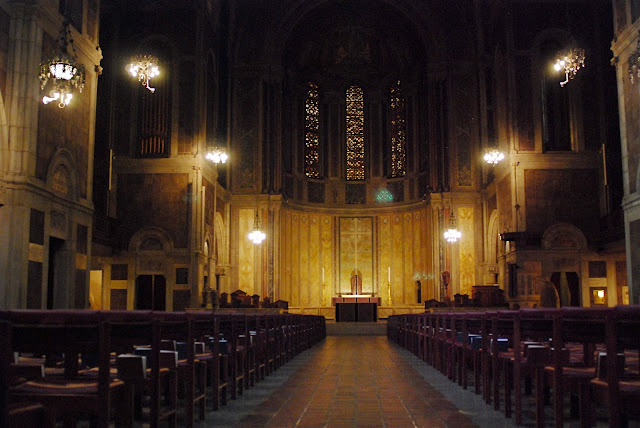 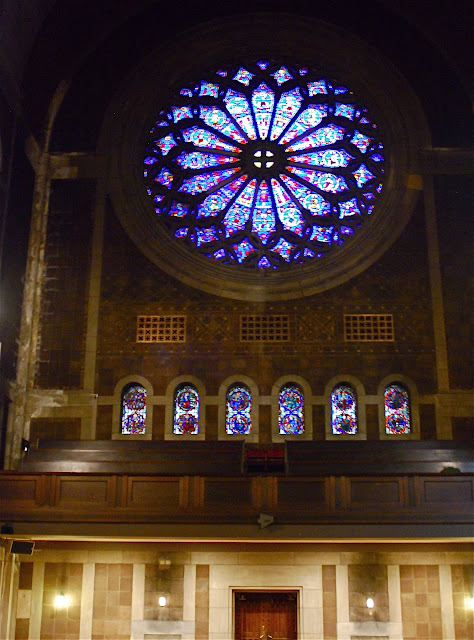 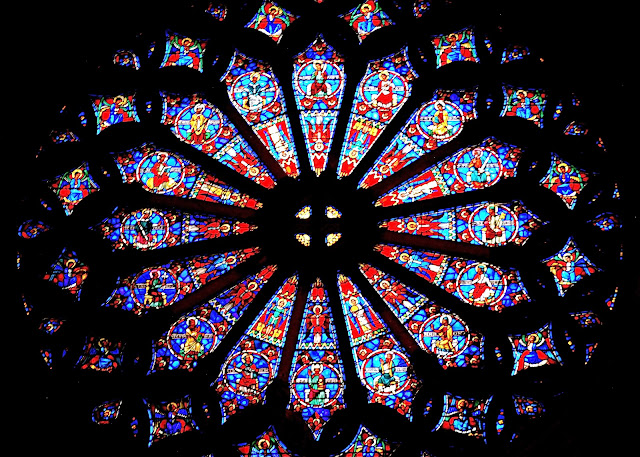 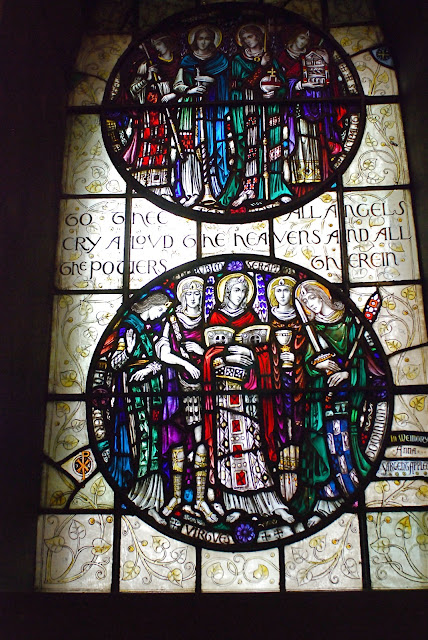 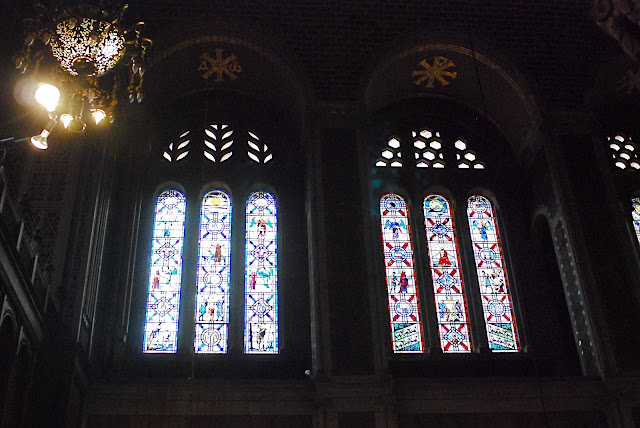 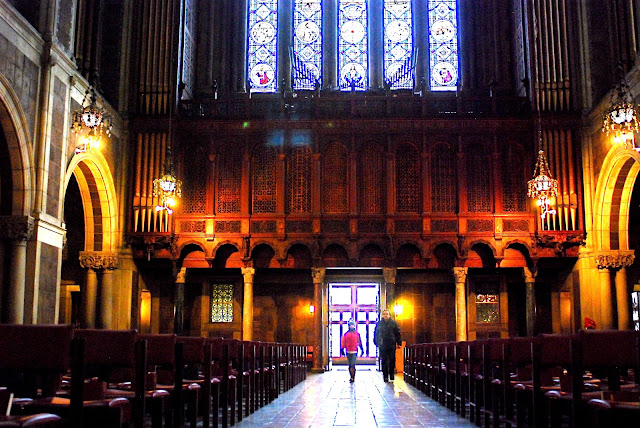 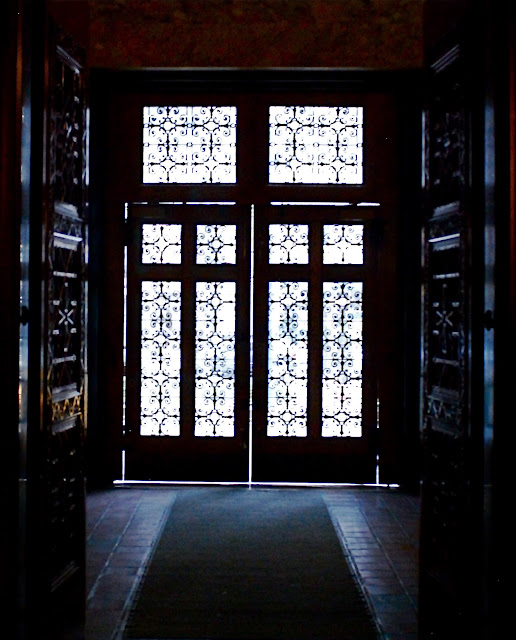 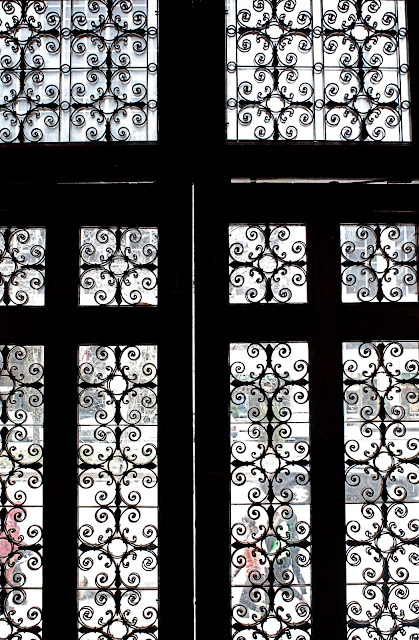 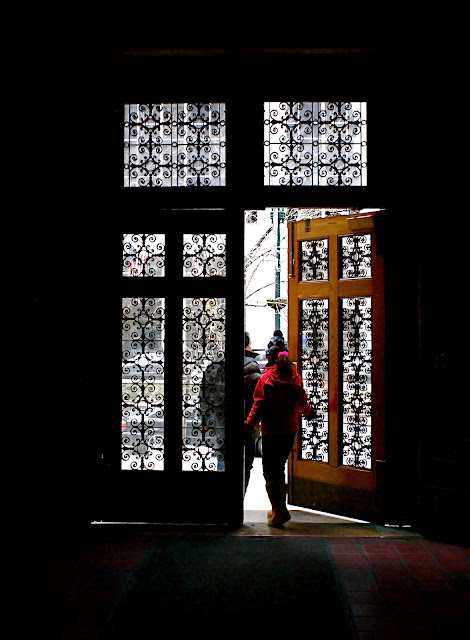 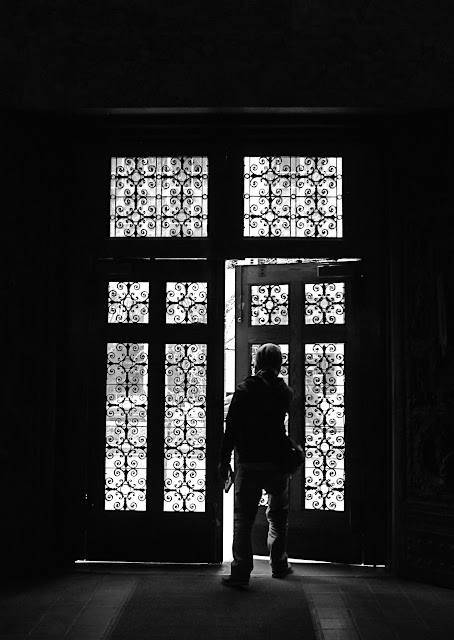 St. Bartholomew's Church, commonly called St. Bart's, is a historic Episcopal Church founded in January 1835, and located on the east side of Park Avenue between 50th and 51st Streets in midtown Manhattan. The original Byzantine architecture was designed by Bertram Goodhue. Completed in 1918, it is composed of a Romanesque structure using variegated salmon and cream-colored bricks and creamy Indiana limestone with with Byzantine decoration. The church also features a dome, tile-patterned on the exterior and with a polychrome Hispano-Moresque interior. The church has stained-glass windows and mosaics and a beautiful stained glass rose window over the balcony overlooking the pews. St. Bart's is known for a wide range of programs. It draws parishioners from all areas of New York City and surroundings. St. Bartholomew's is noted for its pipe organ, the largest in New York and one of the ten largest in the world. St. Bartholomew's Church and Community House was designated a landmark by the New York Landmarks Preservation Commission in 1967.
Posted by Noel Y. C. at 1:11 AM

Stunning church Noel - you evoke so much atmosphere through your photos. The doorway shots are outstanding - I know I keep saying it but you have such a brilliant eye for textures, lighting, shading and pattern. It doesn't come naturally to all. I never ceased to be amazed. JanUK

You're very generous, JanUK and I thank you for visiting my photoblog always.

Excellent job with the windows. Lovely.