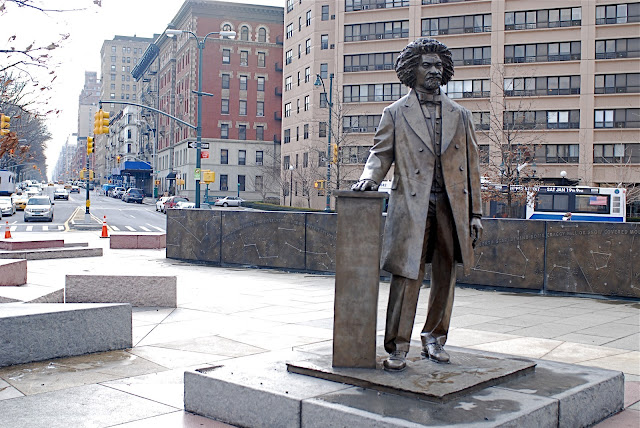 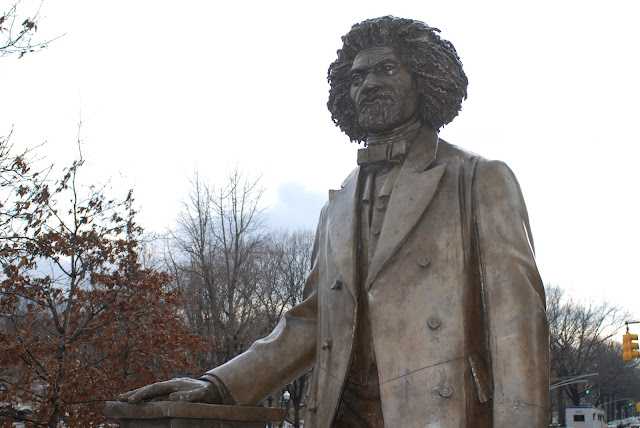 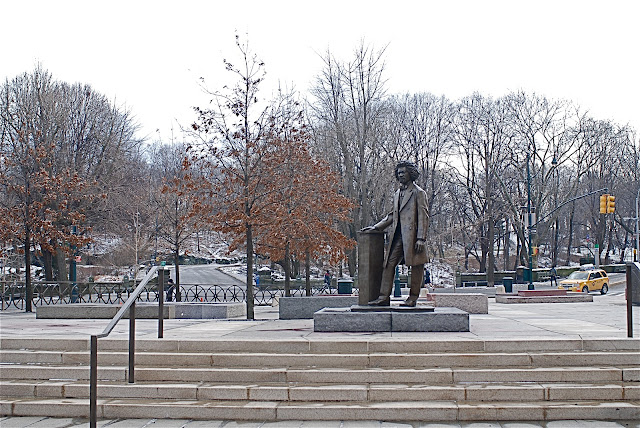 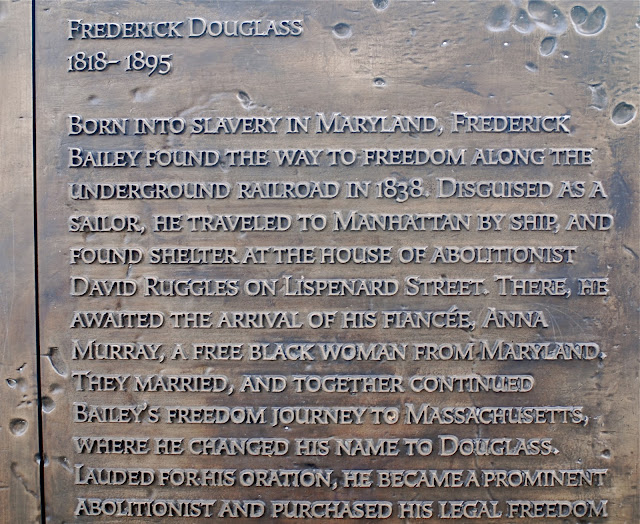 This is the statue of abolitionist, statesman and orator, Frederick Douglass located at the northwest corner of Central Park in Harlem. The 8-foot bronze statue is surrounded by a fountain memorial that is emblazoned with quotations and located a traffic circle at the corner of 110th Street and Frederick Douglass Boulevard — known as the Gateway to Harlem.