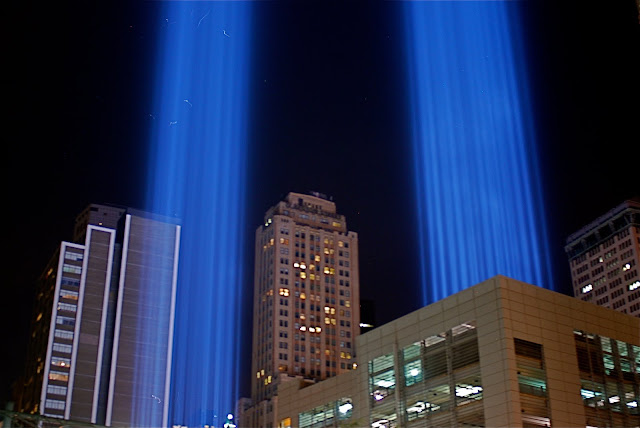 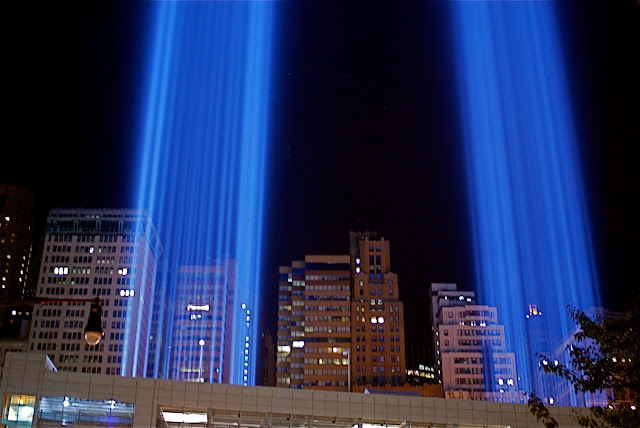 The searchlights are installed on the roof of the Battery Park Parking Garage, two blocks from the World Trade Center site. 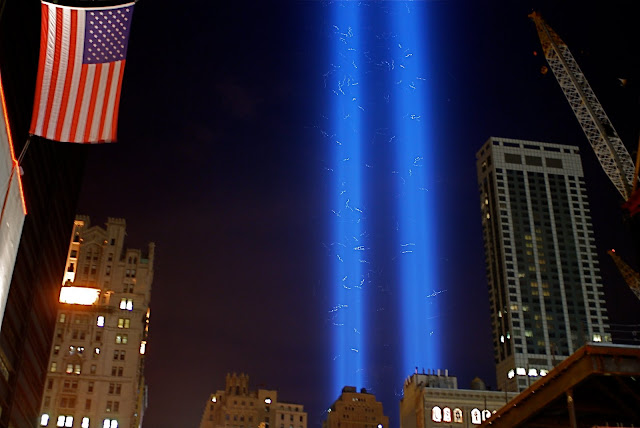 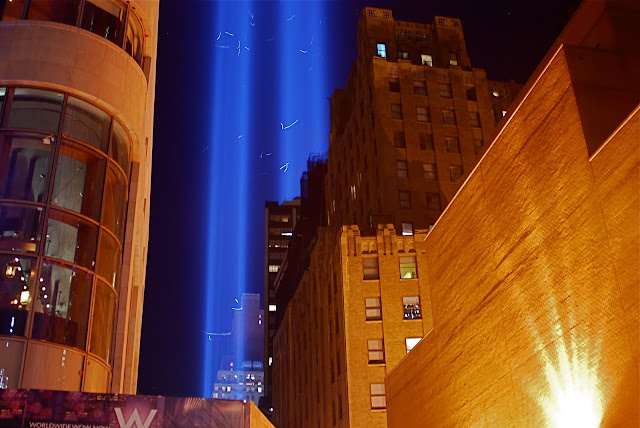 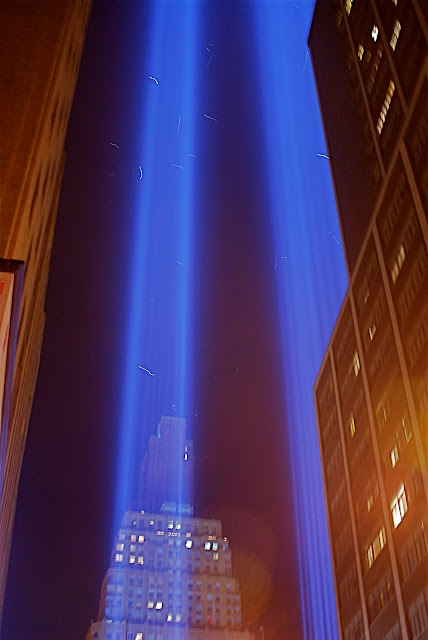 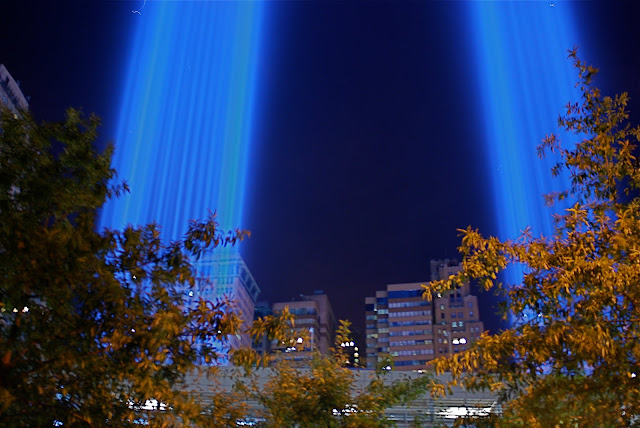 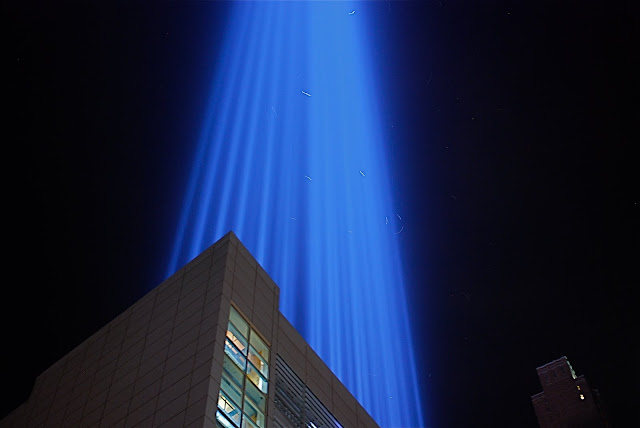 Tribute in Light - Assembling the Lights from MAS on Vimeo. 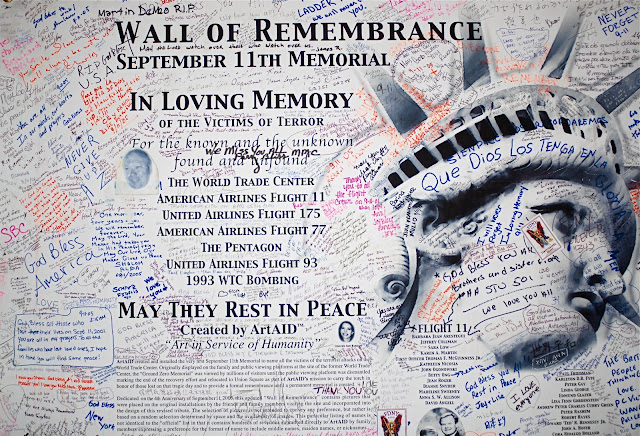 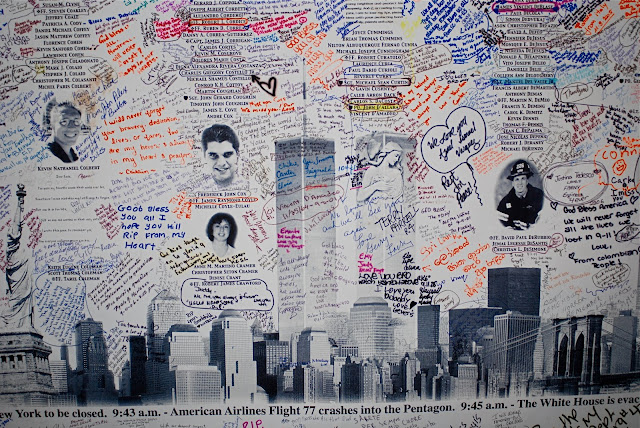 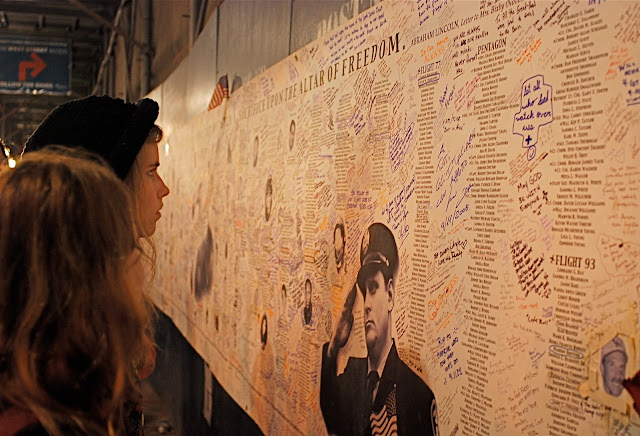 Tribute In Light is an art installation of 88 searchlights placed next to the World Trade Center site to create two vertical columns of light in memory of those who lost their lives  on September 11, and to symbolize the spirit of New York City. The beams of light also evoke the twin towers that were destroyed during the terrorist attacks. It initially ran as a temporary installation from March 11 to April 14, 2002, and was launched again in 2003 to mark the second anniversary of the attack. As of 2010, it has been repeated every year on September 11. The creative team behind the tribute consists of architects John Bennett and Gustavo Bonevardi, artists Julian LaVerdiere and Paul Myoda, architect Richard nash Gould, and lighting designer Paul Marantz.
Posted by Noel Y. C. at 8:39 PM