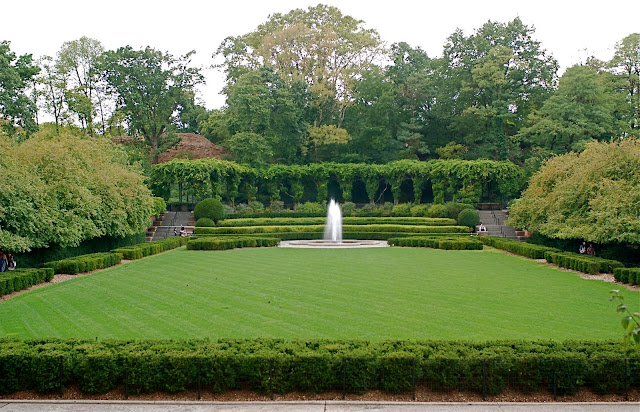 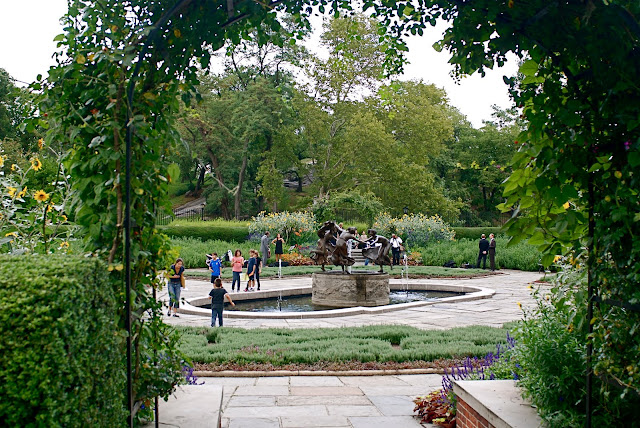 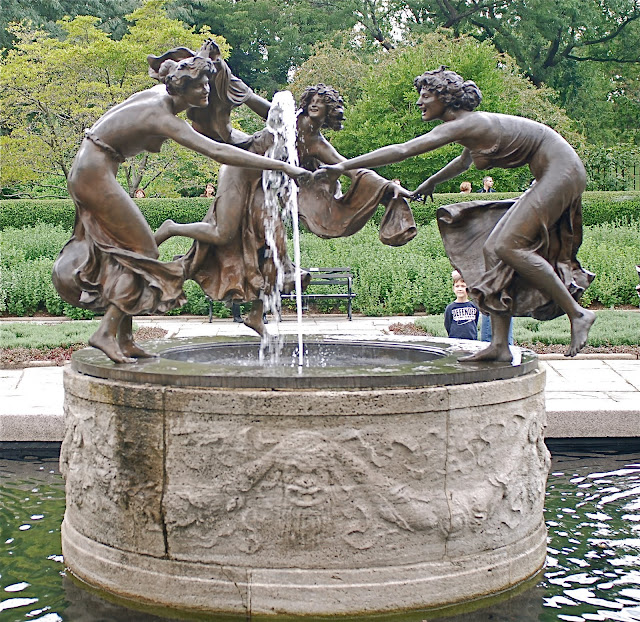 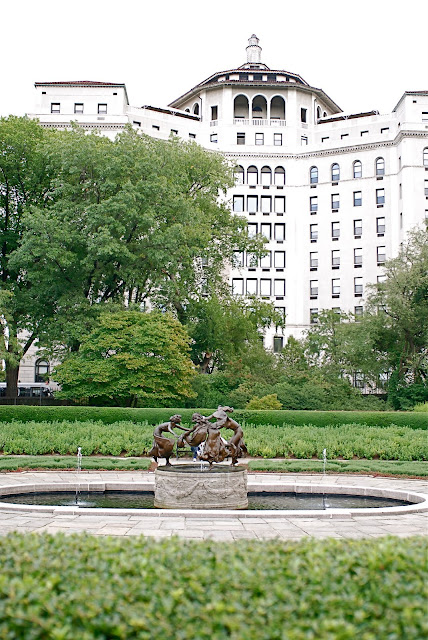 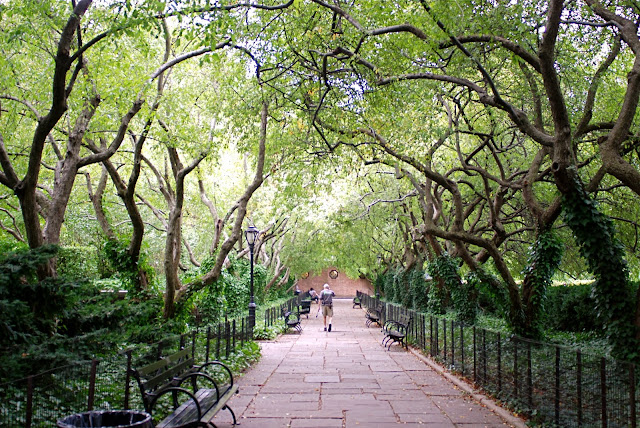 The Conservatory Garden, the only formal garden in Central Park is located at Fifth Avenue and 105th Street. The 6-acre garden takes its name from a conservatory that stood on the site from 1898 to 1934. The central section of the Conservatory Garden is a symmetrical lawn outlined in clipped yew, with a single central fountain jet at the rear. It is flanked by twin allées of crabapples and backed by a curved wisteria pergola. To the right of the central section is a garden also in concentric circles, round the Untermyer Fountain, which was donated by the family of Samuel Untermyer in 1947. The bronze figures, "Three Dancing Maidens" by Walter Schott (1861-1938), were executed in Germany about 1910.
Posted by Noel Y. C. at 3:39 AM