Ryan Gander's Sculpture of a Ruin - THE HAPPY PRINCE 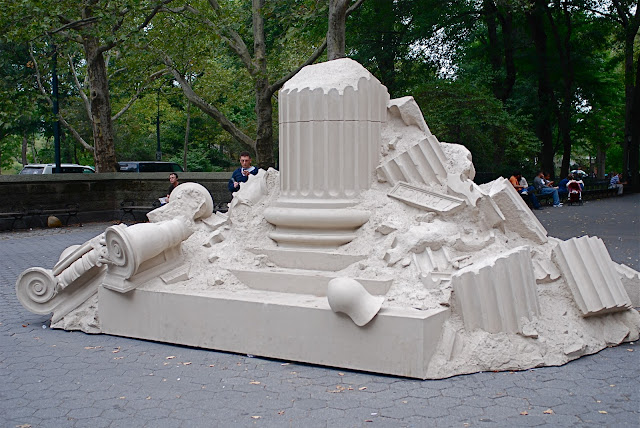 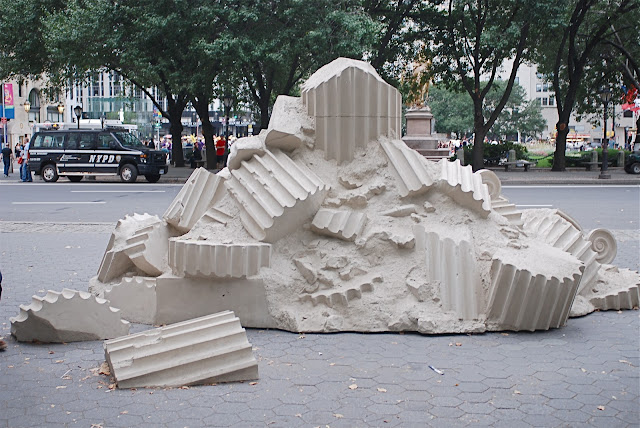 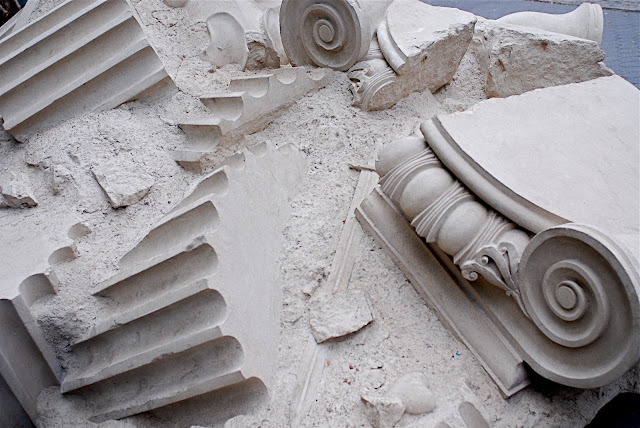 On September 15, a new public art was installed near Central Park at the Doris C. Freedman Plaza at 60th Street and Fifth Avenue. The piece is called "The Happy Prince" by sculptor Ryan Gander. The public art will be on display until February next year.
From http://www.nycgovparks.org/art

“High above the city, on a tall column, stood the statue of the Happy Prince. He was gilded all over with thin leaves of fine gold, for eyes he had two bright sapphires, and a large red ruby glowed on his sword-hilt.” So begins the best-known children’s story by the renowned literary figure, Oscar Wilde (1854–1900). It seems fitting that British artist Ryan Gander (b. 1976) has taken inspiration for his first public commission from the tale of an enchanted monument. Here Gander has re-imagined the final, climactic moments of Wilde’s story where the statue is destroyed. Aided by a friendly swallow, the prince has given away all of his jewels and gilding to alleviate the suffering of the city’s poor. No longer impressive to city officials, Wilde’s denuded metal statue is melted down. In Gander’s version, the statue appears to be stone; the fallen swallow and the prince’s indestructible heart lie amidst the rubble. On closer inspection we see that the “ruin” is a single massive object: a sculpture of a ruin. In this way, it functions like a plastic toy ruin, at once descriptive and frankly artificial. Gander’s wry evocation of Wilde’s tale still resonates in our own period of economic inequality. At the same time, it presents a contemporary approach to sculpture, where the role of the public monument remains an open question.
Posted by Noel Y. C. at 10:46 AM

I be enduring interpret a few of the articles on your website in the present circumstances, and I unqualifiedly like your tastefulness of blogging. I added it to my favorites web age list and will be checking assist soon. Will check out of order my site as well and vindicate me know what you think. Thanks.